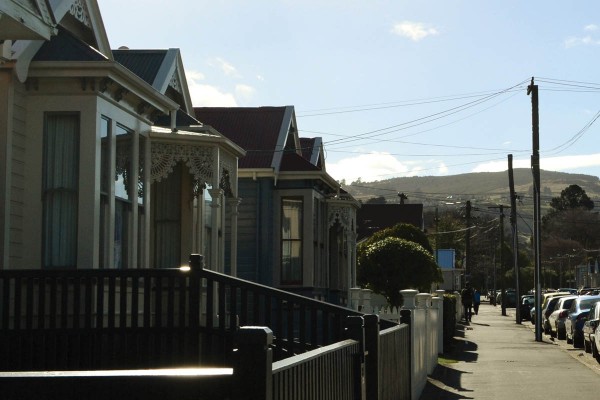 Most student flats in the stretch of Castle Street from Dundas to Duke and Brook Street are owned by Dunedin locals, a Critic investigation found after trawling through a lot boring information.

Of the sixty-three flats whose owners’ information was publicly available, forty-three had local owners living in Dunedin, with four flats owned by people in Mosgiel and two by people in Waitati, which you could theoretically visit but won’t – so basically local.

Only one flat had owners who were overseas. 654 Castle Street is owned by Prime Campus Limited whose directors are Timothy Carswell Calder of Hamburg, Germany and Jason Lougher of Whakatane (which is not overseas in case anyone was confused).

The company that owns the most properties in the student zone of Castle Street is Signal Hill Flats Limited, with a grand total of thirteen flats. Owners of the company, James and Lorna Casey of Saint Clair, Dunedin, must be doing pretty well for themselves as the company owns an additional twenty-six flats in the student area – some of which are UniFlats. As are their kids and extended family, many of whom have shares in the company.

Ogato Investments Limited was the second largest property owner, with five Castle Street flats. Sure, they own five properties, but at least we can spell “Otago” properly.

Critic was able to discover who owns properties on Castle Street using rates payments and the companies register. The University, which owns many properties on the East side of Castle Street from the corner of Dundas Street, conveniently doesn’t pay rates on its flats. It is Critic’s official position that this is stupid.