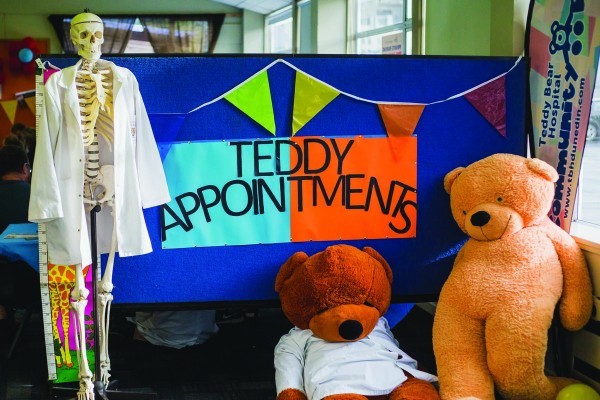 The University of Otago’s Medical School has released the results of third year medical students objective structured clinical examination (OSCE), after holding the results while investigating alleged cheating, despite having have “credible evidence” that cheating took place, according to a letter by Professor Barry Taylor, Dean of the Dunedin Medical School, that was sent out to students on Friday.

The OSCE is a practical examination where students are tested on clinical skills at a range of stations. Because not all students can undertake the exam at once, they go through in batches, with the groups not sitting the exam being held under observation. Professor Taylor’s letter said that there was credible evidence that students who had sat the exam were able to communicate with those who who were about to.

“This would suggest there has been intentional circumvention of the unambiguous instructions to candidates with regards to the examination process. The choice to participate in this serious act of academic misconduct would appear to have required considerable premeditation and effort […] Prior knowledge of content will have made the examination somewhat easier. This impacts on the confidence we can have in the robustness of the pass standard, particularly for those closer to the pass mark. ”

He went on to say that “Should specific cases of misconduct be proven, those responsible should expect serious consequences.”

However, he also said that “we are mindful that we do not want to risk disadvantaging students who are innocent of any wrongdoing, or who have been caught up in the wrongdoing of others” and said that on that rationale the department would release the marks without penalty while they continue their investigation into any wrongdoing.

The announcement that marks would be returned came as a relief to students who were worried that they would be recalled to Dunedin to re-sit the examination. “I am pleased I don't have to spend the summer worrying,” said one third year medical student.

Another third year med student who sat the exam said that while “by the letter of the law it is cheating,” passing on information about the OSCE was accepted in the past as a fact of the exam, saying “It’s been like that forever”. They said that in the past examiners just factored into their marks that later groups would have advance knowledge of what was in the exam.

Professor Taylor also said that as a result of the alleged cheating, “additional measures” will be put in place for the class. These measures include making all students who passed the exam but did not achieve a “clear pass” “subject to additional monitoring” going forward. However, he made it clear that this measure “DOES NOT carry any implication that students in this group have participated in academic misconduct, nor does it mean that students in this group will be subject to different assessment standards as compared to other students.”

He also said that unspecified measures would be put in place “so that we can be confident that you understand the level of professionalism and appropriate professional behaviours that the public of New Zealand expects of its future doctors,” and that additional changes will be made to the OSCE going forward.

“These unfortunate circumstances have impacted not only students, but their friends and families, the public in general, and staff at the Otago Medical School. They are also capable of reflecting on the reputation of Otago Medical graduates who are held in high esteem across the world,” he said.