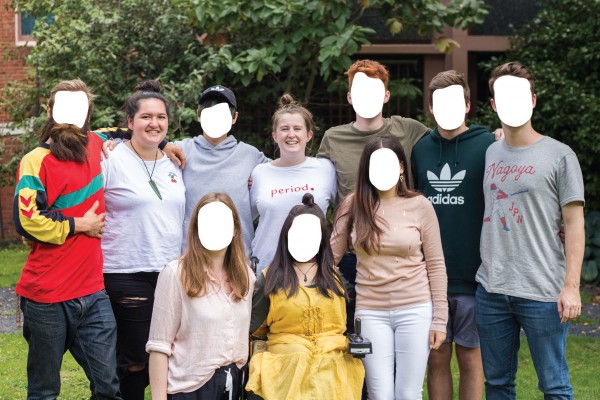 OPINION: Half of the OUSA Exec Positions Are a Complete Waste of Time

OUSA just went an entire year without the Campaigns Officer running a campaign, despite it being in their job title. The closest thing to a ‘campaign’ was making a weekly exec roundup video on Facebook that fuck all people watched.

We don’t want to entirely dismiss the videos, at least OUSA is making an attempt at student engagement, but if that’s all the Campaigns Officer does, then there is no reason for the position to exist. OUSA has three full time marketing and communications staff. We don’t need an elected position that solely exists to edit videos – how do you vote on the best film editor?

But it’s not just Campaigns, the same argument could be made for a bunch of other positions. Colleges Officer and Recreation Officer are the most obvious. That was made abundantly clear at last week’s exec meeting, when the exec railed Josh Smythe for not working his required 10 hours a week, and Josh pointed out that there simply wasn’t enough work to do. The Recreation Officer is meant to be in charge of Clubs and Societies, but OUSA already hires a full time Clubs and Societies manager, so again, it’s basically pointless.

Colleges Officer is a position which normally languishes away doing fuck all as well. Colleges already run all their own sports and cultural events, and they don’t want to deal with OUSA’s shit. An attempt this year to run an inter-college trivia night had exactly one person show up.

Recreation, Colleges, and Campaigns are all areas that OUSA should be covering, but there’s just no need to have people elected specifically for those roles. Postgrad and International Officers also aren’t major positions, but they exist because they provide representation for a specific subset of Otago students that could otherwise be missed. Colleges seems like it does, but it’s not as if freshers actually get to vote for their representative.

It’s not that the people in these roles aren’t capable, it’s just that there is no specific set of skills required to perform them. Postgrad and International need to be represented by a postgrad student and a international student that actually understand the issues and what students go through, but Campaigns and Recreation don’t really require a skill set; they could be performed by any capable exec member.

In the current OUSA referendum, there is a binding question which would get rid of these three positions and replace them with three “general executive” positions. The reason why this makes sense is simple: it prevents the possibility of two or three really good candidates running for, say, Recreation Officer, and random plebs running for the other positions. Obviously only one of those good candidates can currently be voted in, while the plebs are elected unopposed by non-plebs. General executive positions would lead to a much higher calibre of exec.

One of the arguments for individual portfolios in the past was that each exec member was given a budget to do what they liked with; the exec was conceived as a group of individuals with each realising their individual projects. OUSA in recent years has moved further and further away from this model. Also in the referendum is a question to abolish the individual exec budgets and pool them together to create an exec budget that anyone can take from. If this passes, having individual positions like Recreation, Colleges, and Campaigns will become even more redundant.

Let’s just keep it simple. At the general election we don’t have to vote for each and every Minister, we just vote for a party and they work out who does what between themselves. It’s the same for the DCC elections – we elect eight councillors and they work out who tackles what portfolio once they get in. There is no reason why we couldn’t have exactly the same system at OUSA. Elect the people, and then divvy out responsibilities based on each person’s strengths.

At the end of the day, all we want is a more effective and efficient exec that can actually get stuff done. Also, it would be nice if whoever is in charge of campaigns actually ran a campaign.