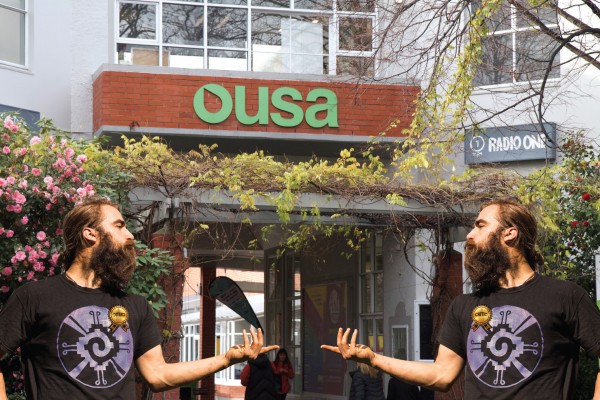 Is that any way to treat the Critic New Zealander of the Year?

Josh Smythe, OUSA Re-Creation Officer, has been in the centre of a debate around whether honorarium payments should be linked to an Exec Officer’s performance after his pay was cut by 20% at a recent OUSA Exec meeting for not fulfilling his role to the satisfaction of the exec.

According to OUSA protocol, every quarter every member of the exec has to submit a report detailing what they’ve done up to that point and the rest of the exec votes as to whether they think the person has done enough to be paid in full.

The exec were concerned that Josh had not done enough to justify paying him for his 10 hours a week.

Umi Asaka, International Officer, disputed Josh’s claim that communication with her had been “clear and regular,” saying that she rarely had contact with him.

“How much of this report has been exaggerated to make it sound like you’ve done more work than you have?” said Abigail Clark, Welfare Officer.

Josh said that a significant portion of his time was spent engaging with students by going to parties in the student quarter and trying to get students engaged. “I don’t see that as work,” said Caitlin Barlow-Groome, OUSA President.

“It’s not just partying; it’s communicating with people in areas they feel comfortable with,” said Josh.

Others on the exec pointed out that this kind of outreach is hard to quantify, which Josh acknowledged, saying, “Only I really know how much I’ve done”.

The exec decided that going forward Josh must have weekly meeting with the President and Vice-President and keep a daily written record of his movements.

The exec then had to decide whether or not to pay Josh for this quarter. Abigail and Cam Meads, Administrative Vice-President, said they “can’t justify paying full honorarium”. And suggested that he be payed between 25-50% of his pay.

Others saw flaws with the whole process of voting on how much to pay people instead of having other solutions. Sam Smith, Finance Officer, pointed out that cutting someone’s pay is “Quite a weighty thing to do”.

OUSA CEO Debbie Downs said “The fact that there are no other remedies is a failure of the association,” and pointed out that if there was a problem with an employee in any other arena, cutting their pay would never be an option. “How much are we as an association going to gain by cutting someone’s pay?”

“There are only so many second chances,” said Abigail.

“Personally, I’m not comfortable with cutting someone’s livelihood,” said Sam. James Heath, Education Officer and 2019 President-elect, said he was against any cuts to pay. “This is someone’s livelihood. Voting on money is wrong. Next year we need to address this.”

It went to a vote and the exec voted to pay Josh 80% of his pay.