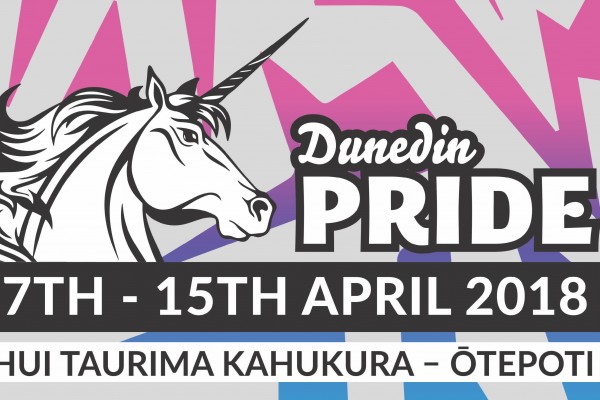 Pride Week is back, bitches!

Every other week to now be known as Shame Week

A cause for celebration! Pride Week is back after its three-year hiatus. And it looks to be a cracker week, boasting an impressive line-up of 17 events over nine days. If you’re worried about missing out on cool stuff because of classes, don’t fear! Some of their events are running throughout the whole week – like the Pride Art Exhibition on Princes Street (well worth the wander), “Fagogo” (a thread of conversations around Pacific Queer Identity), and the #wordshavepower anti-homophobia, biphobia, and transphobia poster campaign. The volunteers running Pride Week are a mix of university students and members of the community, so it’ll be a real melting pot of Dunedin’s queer community.

Why is Pride Week even a thing? Shouldn’t queer people feel proud about their identity every week? Queer Support Coordinator Hahna Brigg’s has an obvious answer. “Pride has a history of activism and protest.” New Zealand might have the image of being a socially progressive country, but there are still plenty conversations to be had, and minds and hearts to open and change. Not everyone is so lucky as to be out and feel accepted.

According to Hana, many “students come from small rural communities or just communities where they haven't felt able to be themselves in terms of their sexuality and gender identities. Many queer students come to university to begin to explore their identity and to seek a like-minded community.”

A Pride Week offers the opportunity for ‘closeted’ and questioning people to explore. And at the very least, considering how damn far the queer community has come, why not celebrate?