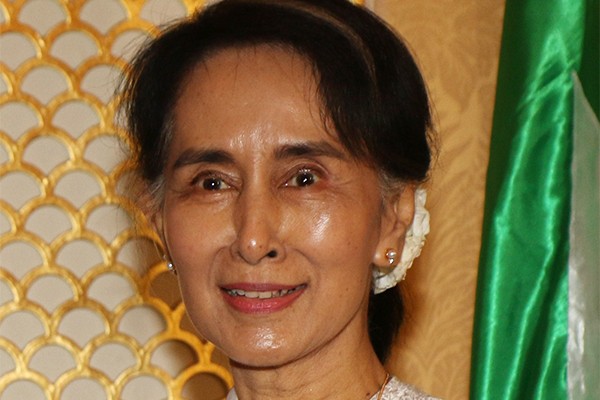 Aung San Suu Kyi, the de facto leader of Myanmar (a.k.a. Burma), was once the Asian darling of the Western liberal order. She was a saintly freedom fighter who would bring democracy (and presumably free enterprise) to a Southeast Asian nation that had been ruled by military dictatorships since 1962. If you’ve read the headlines in recent weeks then you wouldn’t be alone in thinking she’s suddenly been possessed by a sinister force. However, this has been a long, predictable fall from grace; it illustrates the perils of the West’s dodgy relationships and fetishistic projections.

And it’s a familiar story. We’re always looking for friends. The 20th century was filled with haphazard partnerships and Machiavellian fraternities between ‘cold warriors’ with dubious worldviews. From the economic backing of apartheid South Africa to throwing weapons at strangers in the Afghan mountains, the United States put strategic interests above everything else.

The risks look so painfully obvious when we look back. Regardless, it continues today – possibly intensified by globalisation. The Middle East is plagued by proxy wars, with Russia, Iran, Saudi Arabia and the US backing parties responsible for war crimes. The post-Cold War period has had the added element of so-called international values and humanitarian responsibility. The West needs heroes and singular symbols we can admire. The CIA-backed right-wing death squads in Latin America had a bit of a messy image problem. In a radically globalised world, with a politically-conscious middle class, the system needs star power.

Aung San Suu Kyi was one such bright star. The youngest daughter of Aung Sung, the so-called ‘Father of the Nation’ who led wars against the British and Japanese empires, she was educated at the Delhi and Oxford universities. After becoming a prominent dissent figure during the 1988 Uprising, Suu Kyi spent fifteen years between 1989 and 2010 under house arrest. From her home she continued to call for democracy and an end to the military junta. In 1991 she was awarded the Noble Peace Prize, “for her non-violent struggle for democracy and human rights”.

After years of stalled negotiations, involving the United Nations and Myanmar’s generals, Suu Kyi was released from house arrest in 2010. A year later then US Secretary of State Hillary Clinton visited Suu Kyi in the former capital, Yangon. In 2012, Suu Kyi was in Ireland receiving an award from Bono on behalf of Amnesty International. The decision to release her from house arrest was taken as a sign that Myanmar’s junta may finally open its doors to the world.

Myanmar’s 2015 general election saw Suu Kyi’s National League for Democracy win about sixty percent of seats in both legislative houses and she became the de facto leader of the country, followed by jovial fanfare from international diplomats, economists and journalists.

But while Suu Kyi’s leadership has led to democratic reform, an entire minority group has suffered greatly. She now presides over one of the world’s most horrendous humanitarian emergencies. Buddhist nationalist militias and the country’s security forces have embarked on a systematic campaign of ethnic cleansing against the Rohingya, a Muslim minority who mostly live in Burma’s western Rakhine state and are denied citizenship. 400,000 Rohingya have been forced to flee to neighbouring Bangladesh since the start of 2017. Survivors have told human rights organisations about mass killings, forced displacement, torture, rape and arson and satellite imagery shows the total destruction of hundreds of villages. Aung Sun Suu Kyi remains silent.

Yes, Suu Kyi was forced into a balancing act with the military in order to ascend as Myanmar’s leader, but her hands are not tied. She has allowed hate speech to thrive and has been complicit in the actions of the Buddhist militias by not speaking up when reports of an intensified campaign against the Rohingya emerged last year. It has got worse for Myanmar’s most vulnerable under the leadership of the person we all saw as the Nelson Mandela of the region.

The United States, the United Kingdom and the United Nations – they are all complicit in this. “For the past 25 years or so, Myanmar has been boiled down to a simple dilemma of the Lady against the generals,” writes Alan Davis, an expert on Myanmar’s journey. “Free Aung San Suu Kyi, went the story, and all would be well.” The media’s sensibilities of a Good & Evil narrative and glossy heroism has allowed Suu Kyi to get this far. She managed to ignore the Rohingya issue throughout the entirety of her dissident days – shielded from the responsibility by her friends in Western capitals and veiled by the does-no-wrong image of saintly entitlement we produced for her.

This story evokes a similar, albeit less fatal, chapter in recent South Asian history. In 2007, Benazir Bhutto, the former Prime Minister of Pakistan, was gunned down by terrorists by thugs supported by Pakistan’s own intelligence services. She was surely, relatively ‘good’ for human rights and democracy in a country troubled by a politically-involved security establishment and improvised, anarchic borderlands. However, below Bhutto’s motherly authenticity bubbled a culture of corruption and impunity that went largely unchecked by the friends she made in London and Washington.

What we see in both the Suu Kyi and Bhutto stories is an Orientalist fascination with the female freedom fighter turned Iron Lady. More than the strategic interests of the Cold War, we now obsessively search for more Nelson Mandelas and Mahatma Gandhis. The West, giddy with the exoticness of the black-white narrative (with a gender accessory) it has fuelled, has failed to use the influence it has over its old friend to stop a genocide.