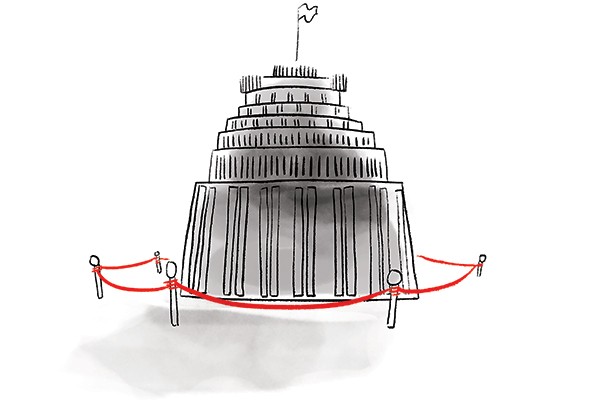 It’s an utter shame that Metiria Turei has gone. It reflects something dark (i.e. politics as usual) in both the left and the news media in this country.

The media going hard on Turei is part of the package deal. These past couple of weeks, what struck me has not been RNZ’s Susie Ferguson doing her job, but the Ardern-led Labour Party’s unproductive and unprincipled bullying-with-a-smile of Turei.

Last week I wrote of a honeymoon with Ardern, and I think people are still turned on, but Jesus, her eagerly over-cooked approval of Turei’s decision not to seek a ministerial position in a new coalition government was completely uncalled for.

Parliamentary rumour has it that Labour sent a messenger down the hall to the Greens to tell them Turei would not have a position in a new government. A few hours later, Turei made the announcement that she would not be seeking a cabinet position, and later clarified that she had not been pushed by Labour. The message came across though: pundits were immediately calling Ardern the next Clark for her strong manhandling of the Greens. Now that Turei has resigned, the message will amplify: Ardern pushed her because she knows when to make the correct decision – pure machinic politics.

The sacrifice of the Greens by Labour and their friends in the national media represents a classic mastery of strategy and lack of principles. These people don’t have ideas – in the end they will revert to reactionary politics to climb on top of the other corpses.

The purposeful distancing from the Greens that Labour is developing parallel to Turei’s downfall may help them gain traction with the mythical centre voters (supposedly, being reactionary = you win). But to me, a Green-leaner with a huge amount of sympathy for Ardern’s ascension, Labour’s cold and immediate disownment of the Greens felt like a knife sliding into my spine.

Jacindamania is apparently ‘happening’, according to what Patrick Gower teased as an “incredibly explosive” poll last week. The key takeaway from the Reid Research/Newshub poll was that National had hardly moved, but Labour had shot up 9 percent while NZ First and the Greens suffered. Interestingly, Ardern shot up to 26.3 percent in the preferred Prime Minister poll, ahead of Winston Peters on 10 percent and nudging up behind Bill English’s 27.7 percent.

Labour’s strategy is becoming very clear. Steal votes off the Greens and NZ First – that’s the easiest way to victory in their eyes. The memorandum of understanding means nothing now. Turei’s resignation is not at all bad for the prospects of a larger Labour Party that changes the government. The Greens will become an afterthought.

Turei’s resignation is a blatant signal that there is an establishment in this country that flips between reactionary and progressive politics when nudged here and there by the people in charge, or, better yet, the people who might (excitingly) be in charge.

Jacindamania not only captured myself and freed me from the disillusionment that is embodied in an ex-Labour Party member. Jacindamania went further than giving Patrick Gower a hard on – one little stroke, and Turei was gone.

Turei’s story happens to all of us when we’re on the benefit. I can’t remember a time when I wasn’t lying to WINZ. The fact that we can hear Turei’s story and say it was more than a political mistake but an effort to change the conversation, comment on the state of law and policy (literally, her job), and take matters beyond right and wrong shows that she was an inspiring leader who will leave a hole in Parliament’s soul.

The establishment sent a clear message: poor people don’t belong in parliament; stay in your lane.