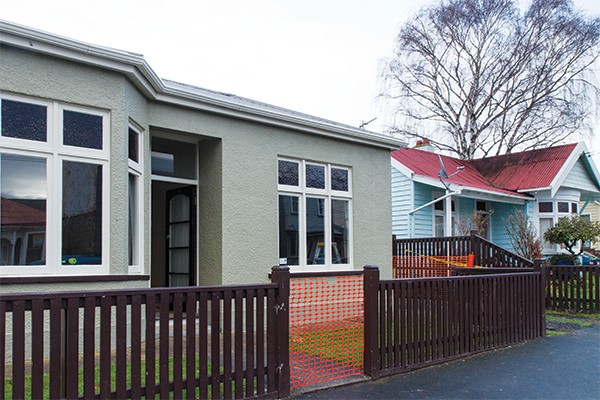 Two student flats have won cases at the tenancy tribunal over flats which were deemed to not be in clean or liveable condition.

Prime Campus Ltd., the property management firm which leases 654 Castle Street was ordered to refund the tenants $5,250, the equivalent of six weeks’ rent. When the tenants had attempted to move in on February 9, the premises were “like a construction site,” and builders on the premises prevented residents from accessing their belongings. Photos show collections of rubbish and glass lining the outside of the building.

The landlord had failed to get consent from the tenants to undergo construction on the site, and he simply assumed that they would not want to move in until sometime in February.  According to the adjudicator Justice Wilson, the landlord was in breach of two provisions of the Residential Tenancies Act, firstly by not providing the premises in a “reasonable state of cleanliness or repair,” and secondly because the tenants were not able to occupy the premises from the date they started paying rent and therefore became entitled to occupation.

This constituted an illegal act on the landlord’s behalf, which can entitle the tenants to exemplary damages up to $4,000. However, the tenants decided not to pursue damages. They received 6 weeks free rent as payment.

A second group of flatmates from 61 Grange Street also recently won a dispute against their landlord, Four Walls Property Management. The tenants complained of a leaky roof and mouldy walls, and provided a failed building assessment and a doctor’s letter from Student Health Services as evidence. It was thought that the roof started leaking due to damage from a hail storm.

The landlord made some attempt to fix the roof and provided the tenants with a motel room and one week’s free rent while doing repairs, but the house continued to take on water and grow mould. Justice Wilson said that, “Premises must be able to be used and lived in, in the normal responsible way, without mould developing. If this cannot be done, then it is the landlord’s problem”.

The tenants did seek exemplary damages, but lost the claim, as the judge was not convinced that the landlord “intentionally failed to maintain the roof”.

The tenants succeeded in their motion to end the tenancy early, and received compensation for the cost of the building assessment, the additional electricity required to run dehumidifiers, and a partial rent refund of $15 each per week.