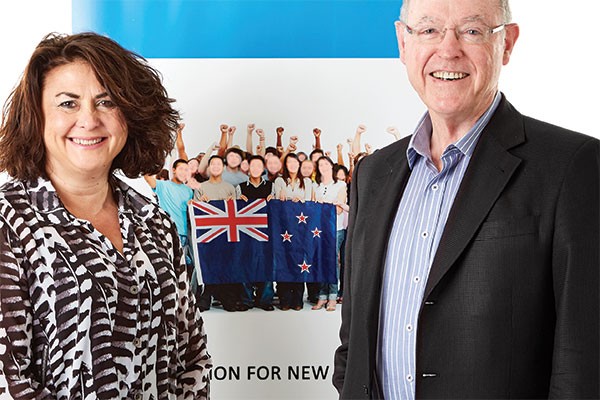 Critic’s Joe Higham spoke with Brash about the movement and how he hopes it will influence New Zealand politics in this election year.

Don Brash is the former Governor of the Reserve Bank of New Zealand, Leader of the Opposition, from 2003-2006 (National Party), and, for seven months in 2011, led the ACT party. His return to the political sphere comes as one of the two spokespeople for controversial political lobbying group Hobson’s Pledge, a movement that opposes Māori ‘favouritism’, seeking to abolish the Māori electorates amongst a number of other things. Māori activist and former parliamentarian Hone Harawira said of the movement that “this is racism and it’s time somebody called it out”, while Radio New Zealand’s Executive Producer Tim Watkin has said “Brash is back and so we have to explain again why his argument is built on rubbish and rubble.”

Can you briefly describe what the Hobson’s Pledge movement is to those who are unfamiliar with it?

Some months ago, an old friend approached me to say he was seriously worried about where New Zealand was heading on “Treaty issues” (separate Māori electorates, co-governance, giving tribal appointees voting rights alongside elected members of local councils, the exemption from income tax for the trusts established as a result of Treaty settlements, etc.). I told him that setting up a new political party, based on a single issue, would be unlikely to be successful, but after much discussion we decided to establish the Hobson’s Pledge Trust to actively promote a colour-blind society in New Zealand, reflecting the words which Governor Hobson spoke as each Māori chief signed the Treaty in 1840 —“We are now one people.” We plan to oppose as strongly as possible all policies which are inconsistent with a colour-blind society, and to support any political party, or parties, committed to the same goal.

Do you think that New Zealand is sympathetic to the issues that you are attempting to address?

I have not the slightest doubt that a great number of New Zealanders – almost certainly the great majority – agree with our objective. There have been many things pointing in this direction, not least the huge increase in support for the National Party in 2004 after I gave a speech to the Orewa Rotary Club in January that year promising that a future National Government would move New Zealand decisively towards a colour-blind society. Unfortunately, many New Zealanders have been so indoctrinated with the false notion that the Treaty of Waitangi created some kind of partnership between Māori and the Crown, that we have become terrified of stating our commitment to a colour-blind society in public.

How are you aiming to try and bring about this change? Is it a political campaign in its own right or are you just attempting to convert already elected MPs to pursue the issues your movement cares about?

To date, we have been running ads in community newspapers in many parts of New Zealand, running the occasional ad in the main Sunday papers, holding public meetings, and building support for our campaign through Facebook and our website (www.hobsonspledge.nz). We do not propose to field candidates in the forthcoming general election, but may well endorse a political party that is committed to our goals.

From just a brief look at your website’s ‘Who We Are’ page, you seem to have a striking amount of elderly white men (and also a few women) behind the campaign. Do you think this is a party that can appeal to Pakeha and ethnic minorities alike?

Yes, certainly we have a number of white men with years of experience, though four of our 14 members are women. Unfortunately, though I don’t doubt that most New Zealanders agree with us, those who voice these opinions in public are routinely abused as racist, even though of course what we arguing for is not only NOT racist, it is the very antithesis of racism! To call us racist is nothing less than Orwellian double-speak! We want all ethnicities to have the SAME rights, not different rights. But understandably people don’t like being accused of racism, so that a great many of those who support us do so “below the radar”.