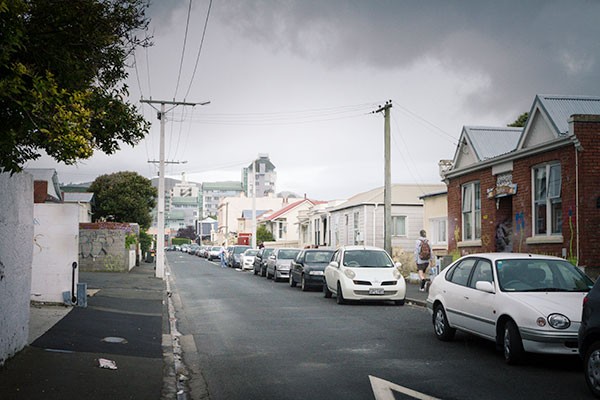 Residents on Hyde St have described feeling “shocked” and “unsafe” following a spate of assaults on the street in O-Week, culminating in three arrests being made.

A total of four assaults allegedly occurred around the student area in the early hours of the morning of 19 February, the Sunday prior to O-Week. Two of these assaults occurred on Hyde St, one of which left a male student with a broken nose after allegedly being struck with a bottle, while another suffered a broken jaw after allegedly receiving a ‘king hit’ (sucker punch to the head).

A police spokesperson confirmed that two local men, both 19 and non-students, were arrested at the end of last week and charged in relation to the Hyde Street incidents. One has been remanded in custody and the other is out on strict bail conditions.

On 25 February, the final day of O-Week, a 17-year-old was arrested for allegedly pulling a knife on two students on the corner of Hyde and Albany Streets. While police confirm that the knife was not used, the two did suffer minor injuries as a result of the alleged attack.

One Hyde Street resident, who did not wish to be named, said that “After [the assaults] there was definitely that element of ‘it could happen’. I’ve been here two years now and if there was a big party on Hyde St I would probably feel a bit more nervous walking home by myself than I would have last year.”

Hyde St resident Ursula Quince said “It’s horrible, I did not expect to come into this when I moved in”. Describing the police response she said, “It was massive. Especially on Friday there were so many police. There was a band playing and it was actually quite tame, but then there were heaps of cops and they blocked off the street.”

Police are continuing their enquiries into the other assaults and request that anyone with information contact Dunedin Police on (03)471 4800 or, alternatively, report anonymously to Crimestoppers on 0800 555 111.

The Proctor’s office encourages students who witness any suspicious activity to either contact Police or Campus Watch. Campus Watch staff are always happy to hear from and assist students with any concerns they might have.