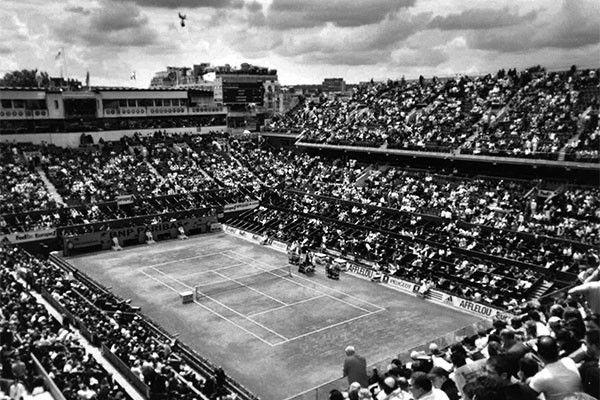 A quick preview of Roland Garros

The 115th edition of the French Open begins in Paris on Monday, signalling the start of the second tennis major of the year. The long-awaited tournament will be noteworthy for a number of reasons, none more so than being the first major since Maria Sharapova was banned for using performance enhancing drugs. It will also bear significance on the court, where Novak Djokovic will be determined to finally capture his first French Open crown, the only major tournament he has failed to win in his glittering career. Meanwhile, Serena Williams will be hoping to continue her dominance of the women’s game, and is one major away from equalling Steffi Graf with a record 22 singles titles in the Open era.

In the last few years Djokovic has become a dominant force in the men’s game, as rivals Rafael Nadal and Roger Federer have begun to show signs of wear and tear. The Serb currently has eleven titles to his name, still a long way behind his aforementioned counterparts. However, he has won five of the last six Grand Slams, with his only loss coming to Stan Wawrinka in this very event last year. The lead in to the tournament has not been as smooth as he would have liked mind you. Last week Djokovic lost the Rome Masters to Andy Murray, probably his biggest threat in Paris, in straight sets. He was also knocked out in just the second round of the Monte Carlo Masters a little over a month ago, although he did win the Madrid Open a few weeks later. Whether or not the world number one is showing signs of fatigue or not remains to be seen, but he is still the strong favourite heading into Roland Garros.

Murray, whose confidence will have skyrocketed after his victory in Rome, will be determined to continue his recent form. The defeat of Djokovic was no small feat for the Scot, who has found the Serbian ace his achilles heel throughout his career. It was Murray’s first victory against Djokovic on clay in five meetings between the two. However, despite these promising signs, the French Open has historically been Murray’s worst Grand Slam, having never made a final in any of his eight appearances at the tournament. He will also go to the tournament without a coach, after his former mentor Amelie Mauresmo decided to make her young family her priority. While Murray is not worried at this stage, it could be troublesome if he encounters issues later in the tournament.

The other favourites remain the same, with Rafael Nadal, Roger Federer, and last year’s champion Stan Wawrinka hot on the heels of both Djokovic and Murray. Nadal, a record nine-time French Open champion, has been finding form in recent months after an embarrassing first round exit at the Australian Open in January. Injuries and fatigue have continually haunted the Spaniard for the best part of two years, something he will be hoping to avoid this time around.

Injury has also been plaguing Federer in recent weeks, with the aging legend stating that he does not rate his chances going into the tournament as he battles an unspecified back injury.

“Clearly the way I’m playing right now is never going to be good enough for any good run in Paris; I also wouldn’t play this way. I’m still confident I will be fine somehow.”

It threatens to end a remarkable streak of 65 straight appearances at Grand Slams, but Federer is still determined to compete in Paris.

“If I can play 100 percent again and move again correctly, my mind’s in a good place. My game is there.”

Wawrinka, the 2015 champion, has been in poor form this year, having failed to beat a top ten opponent since February. However, he is not worried about his recent performances.

“Last year I was struggling with my game before here. I wasn’t playing great tennis.”

“This year I’m just feeling really good in practice. I think I’m playing well. That’s why I know that if I keep pushing myself the rest will come sooner or later. I don’t know when, but my level is there.”

The women’s draw will be without former world number one Caroline Wozniacki and current world number eight Belinda Bencic, with both failing to recover from their respective ankle and back injuries.

As has become the norm, Serena Williams will enter the tournament as the overwhelming favourite to win her fourth French Open. By doing so, she would equal Steffi Graf’s record of 22 Grand Slam titles in the Open era, and give her the chance to take the record by year’s end.

It would take some doing to topple the American superstar, but many eyes will fall on German Angelique Kerber, who defeated Williams at the Australian Open in January. The world number three has continued to play well on the back of her first major victory, but will still face an arduous task in conquering the powerful Williams again.

The rest of the draw has become impossible to predict in recent years. There are no certainties on who will be with Williams in the closing stages of the tournament, but chances are there will definitely be a surprise run by a relative unknown.

Such a run could be made by 20-year-old American Louisa Chirico. Having had to qualify for the Madrid Open last month, the youngster proved her worth by overcoming both Ana Ivanovic and Victoria Azarenka on her way to a semi-final berth. It is unlikely that Chirico will go that far at Roland Garros, but she could provide some great entertainment in the early rounds.

The tournament begins on Sunday 22nd May at 9pm NZT and will conclude on the 5th June.