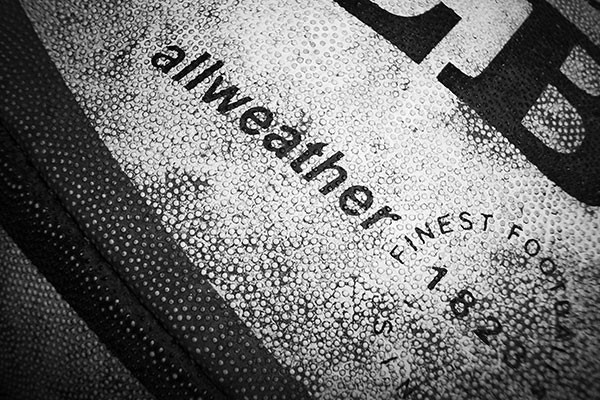 All Blacks Shake Off Rusty Start against Pumas

An Intimidating New Look for the Players

The All Blacks certainly looked the part in their new high-tech carbon-woven jerseys, which are the “blackest All Blacks jersey ever”, according to makers Adidas.

Ex-England captain Matt Dawson put out a parody video called the “Hakarena”, inspired by the catchy 90s Spanish dance song “Macarena”. The Ngati Toa Rangatira iwi which owns the original “Ka Mate” haka denounced the parody as “distasteful and ignorant” and an attempt to “turn a Māori practice that’s part of New Zealand’s unique identity into something silly”.

It appears that the attempts to cheapen the haka backfired — Richie McCaw showed his intent to lead from the front, staring down the Pumas from the tip of their new “arrow” haka. This new formation was well received by the huge crowd of over 89,000 at Wembley Stadium in London, in what was a record attendance for a RWC match.

The massive crowd witnessed the All Blacks surviving a brave onslaught from Argentina as the defending champions were made to work hard before eventually prevailing in a 26–16 victory.

With Japan’s memorable upset over South Africa dominating the headlines, the Pumas looked like they could spring a few surprises of their own as they resisted the All Blacks’ attack, restricting their scoring to Dan Carter penalty goals that gave the All Blacks a slender 13–12 lead at halftime.

The first half was full of drama as McCaw was sent off after the TMO caught the skipper’s sneaky but cynical leg trip, which halted a possible Puma counter-attack. Richie caught a lot of flak for getting himself sent off, with even coach Steven Hansen calling his foul “dumb”. McCaw has a reputation for pushing the limits of the rules although this was only his fourth send off in his 143 test matches. The All Blacks found themselves down to 13 men at one point as Conrad Smith also saw yellow for interfering in the ruck.

After a shaky start, the All Blacks improved dramatically in the second half, and the introduction of Sonny Bill-Williams, whose selection garnered a lot of criticism, gave the All Blacks a new dimension with his classic off-loading game allowing them to get on the front foot. The rewards duly came with tries to Aaron Smith and Sam Cane as the Pumas tired and the All Blacks’ superior fitness kicked in to enable them to close out the game much more convincingly than they began.

This will likely be the All Blacks’ toughest pool test, and their matches against Namibia, Georgia and Tonga should see them retain their record of never having lost a RWC pool match. These games will see the whole squad getting a chance to prove their worth and the highly anticipated return of winger Waisake Naholo into the black jersey (and his black boots) to justify his risky selection.