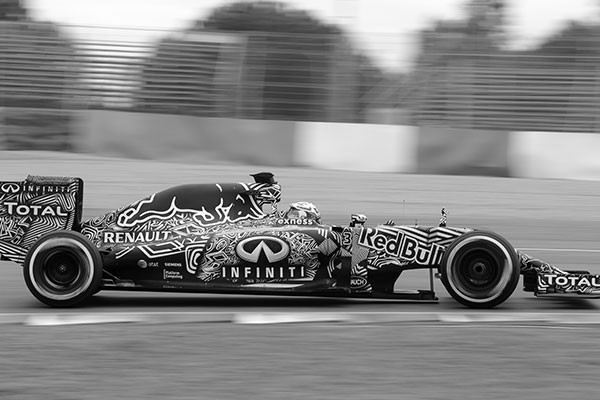 Whether it is racing around the world’s best circuits or just racing to get to Castle 1 on time, the lives of Otago students and F1 drivers are hectic and require a lot of commitment — meaning we both deserve a break. As students are eyeing up some grab-a-seat deals to get back to Auckland on the cheap, the world’s highest paid drivers will also be enjoying their mid-season break — albeit in far more glamorous surroundings.

Last year’s champions are the team to beat again and their 100 percent reliability record and dominance in qualifying effectively mean that it is really a question of when, not if, Mercedes will be crowned champions again. Two-time champ Lewis Hamilton has won five races and scored a further four podiums to lead the drivers’ standings from teammate Nico Rosberg, who has recorded three race wins and six other podiums. Mercedes’ worst result came in the last race in Hungary, with its drivers coming home eighth and sixth, breaking the team’s record streak of consecutive podium finishes. There are some very small chinks in Mercedes’ armour — the most glaringly obvious was the poor pit stop strategy, which cost Hamilton a certain victory in Monaco and handed it to teammate Rosberg. The result made for an awkward podium interview and further fuelled the conspiracy theory that Mercedes, a nominally German team, favours its German driver, despite the team being based in England and being staffed mainly by Brits.

It has been an impressive first season at Ferrari for four-time champion Sebastian Vettel, with wins in Malaysia and Hungary and a further five podiums. Vettel is still in with a chance to win the drivers’ title and has made no secret of the fact that he wants to emulate his compatriot Michael Schumacher by leading Ferrari back to the drivers’ and constructors’ championship after a lengthy drought. Ferrari’s last drivers’ title was won by Vettel’s current teammate Kimi Raikkonen in 2007. Raikkonen has suffered the brunt of Ferrari’s rare reliability issues, which have caused him to retire from three races; a solitary podium finish in Bahrain is his best result. Raikkonen has also suffered from poor strategy in qualifying, causing him to miss the top ten shootout on several occasions.

Williams has been locked in a scrap with Ferrari for best-of-the-rest as Mercedes has been so dominant over the last two years. This season, Ferrari has had the edge, meaning only one podium each for drivers Felipe Massa and Valtteri Bottas, who have otherwise enjoyed good reliability and consistency. The two drivers are at opposite ends of their respective careers but seem very well matched in qualifying and in the races. Owing to their consistent performances, Williams faces the prospect of having to replace at least one of its drivers for next season, and Bottas is heavily linked to Ferrari. Williams suffered a lot of criticism for its conservative strategy, which cost it the chance to win the British Grand Prix after leapfrogging the Mercedes with a fast start. It was arguably its best chance to win a race this year as the Silverstone track was ideally suited to its low-downforce design concept and Mercedes power — which also explains why the team was so uncompetitive on the comparatively high-downforce, low-speed circuits like Hungary and Monaco.

Red Bull thoroughly dominated F1 from 2009 to 2013, winning four straight championships. However, you can’t stay on top forever, and Red Bull has been very vocal about its frustrations with its underpowered Renault engines, which are hampering the team’s performances. RBR has also lost a lot of the aerodynamic advantage that had been masking its lack of power. Australian Daniel Ricciardo had a great season last year, winning three grand prix but just hasn’t had the pace to challenge for victory so far this year. New teammate Dani Kvyat hasn’t yet shown why he should keep his seat for next year — especially considering the amount of talent in the Red Bull young drivers programme. A double-podium finish at the last race in Hungary will give Red Bull hope for a more successful second half of the season, but it will be very difficult to change its championship position relative to everyone else.

Force India has been around for a long time, having been rebranded several times from the original Jordan team that enjoyed a decent amount of success in the 1990s. This year the team has used its Mercedes power to consistently score points with a series of solid, if unspectacular, top ten finishes. Nico Hülkenberg has always been a highly rated driver; although a sixth place is his best result so far, he has recently proven just what he is capable of by winning the Le Mans 24 Hour for Porsche alongside Kiwi driver Earl Bamber. Teammate Sergio Perez has had another consistent season, only retiring from the last race after a broken rear suspension caused his car to roll over in a spectacular accident. Force India will spend the rest of the season battling with Lotus and Toro Rosso, with fifth place in the constructors’ championship the best the team can realistically hope for.

Unfortunately for Lotus, the team has been far from sharp out on track, especially with Pastor Maldonado, who has had a disastrous run of results since joining in 2014. Back-to-back seventh place finishes in Canada and Austria are as good as it gets for Maldonado this year, and he has already retired from six races this season. Some of this is down to bad luck, but the BBC has given him the nickname of “Crashtor Maldonado” for a reason. Without the sponsorship money he brings to the team from Venezuelan oil interests, it is very unlikely that he would retain his seat. Teammate Romain Grosjean hasn’t fared much better, with three retirements and a best race result of seventh, leaving Lotus scrapping in the mid-table for another season amid talks of morphing back into a Renault works team.

Toro Rosso literally means “Red Bull” in Italian and is an apt description of Toro Rosso’s role as a “junior” team to Red Bull Racing. Toro Rosso has given dozens of different young drivers a shot over the last few years, but now seems to have found a reliable combination in two second-generation drivers, Carlos Sainz Jr. and Max Verstappen. The fearless 17-year-old Verstappen has provided some of the most entertaining racing of the season — especially before his spectacular crash in Monaco and a mature drive to fourth place in Hungary. And all of this despite not being yet eligible to sit his full driver’s license test yet.

A long-term association with Ferrari has helped Sauber achieve a very good reliability record so far this season, although a fifth-place finish in Australia for Felipe Nasr remains the team’s best result. Since the withdrawal of BMW from F1, Sauber has been restricted by its finances in recent seasons and has had to resort to a series of drivers based on their sponsorship prospects rather than raw talent — Nasr comes with a large cheque from a Brazilian bank. Despite this, Nasr and Marcus Ericsson have achieved similarly solid results, which suggests they are both getting the maximum out of the car that is largely on the grid to make up the numbers.