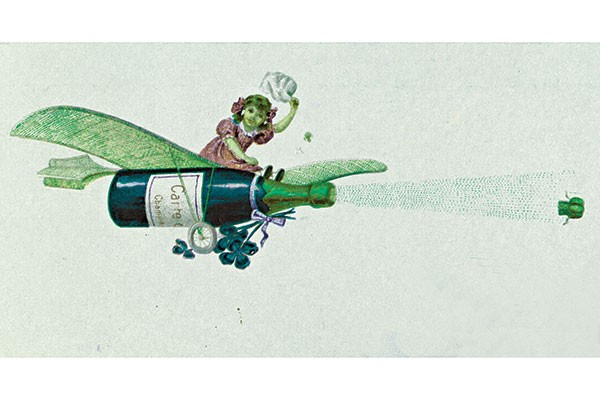 OUSA Education Officer Zachariah Al-Alami is not facing disciplinary action after he was forcibly removed from a Dunedin restaurant for violence towards staff. The incident occurred at an executive dinner on 23 July 2015.

The manager of the restaurant said issues began when Al-Alami attempted to steal a $96 bottle of champagne that was sitting next to the till. The manager approached the table, and Al-Alami claimed he had purchased the wine beforehand: “he said it was his, [he said] he brought it himself,” said the manager.

After a small disagreement, Al-Alami paid for the wine and “rather arrogantly” told the manager he would purchase a second one. He was initially declined due to being intoxicated, but was eventually allowed to buy the wine provided it was for the whole table.

Shortly afterwards, Al-Alami stood up and began “yelling profanities and swearing” at “the top of his lungs”.

He was then asked to leave immediately, but refused. “He wouldn’t leave, he started telling me ‘fuck off, I don’t care’ … and then he started slapping me in the face.”

The manager attempted to grab Al-Alami and remove him, and the 61-year-old owner left the kitchen to help the manager. “He started doing the same thing to [him], saying ‘fuck off, I don’t give a shit’.” The owner was then also repeatedly slapped in the face. Both of the staff had their shirts ripped.

A waitress, who is a student at the University of Otago, called the police. Other staff are also students at the university.

Al-Alami was forced outside, but then re-entered the restaurant. The manager had to shout a separate table their $148 bill after they assisted with his removal and encouraged the rest of the table to leave.

$100 was added to the executive’s bill in order to pay for the shirts that were ripped. The manager said President Paul Hunt originally refused, as he was unaware of what the cost was for. However, he eventually paid the full bill and the group left the restaurant.

A police spokesperson confirmed that police were called to the scene but no arrests were made. “Police are still liaising with the staff at [the restaurant] in regards to this incident and the events which occurred.”

The morning after the incident, the restaurant’s owner called the proctor about Al-Alami’s behaviour. The proctor contacted Al-Alami the following week and no fine was imposed.

The restaurant said that due to prior inicidents, the executive were warned when making their booking that they “had an issue with [OUSA’s executive] last year” and were asked to be on their “best behaviour”.

Hunt confirmed the warning had been given, and said “given that we were reminded about the need to behave, it is regrettable this incident occurred”.

“Clearly some of the behaviour was unacceptable … I’ve learned from the experience that I have to be much more mindful to keep an eye on all my team at social occasions.”

Hunt said Al-Alami “visited the restaurant the day after the incident and delivered a written apology, and later apologised to the owner via telephone”. He said the restaurant “accepted the apology”.

Early this year after TVNZ’s Sunday episode, “Party Central” aired, OUSA took a hard stance on how students were represented in the media.

OUSA has also been outspoken about the Dunedin Local Alcohol Policy, claiming it is safer for students to drink in supervised environments.

Dunedin restaurants recently signed up to a BYO accord that requires individuals to have only one bottle of wine between two people. The owners of the restaurant in question say this has made a “huge difference” to behaviour.

The restaurants’ owners are husband and wife, and the wife says Al-Alami’s behaviour is not an accurate representation of students, and that it is the minority who generally cause the issues.

“The university is the heartbeat of Dunedin, and we respect and value that, it keeps us all going” she said. “There’s just always one that lets everyone down.”