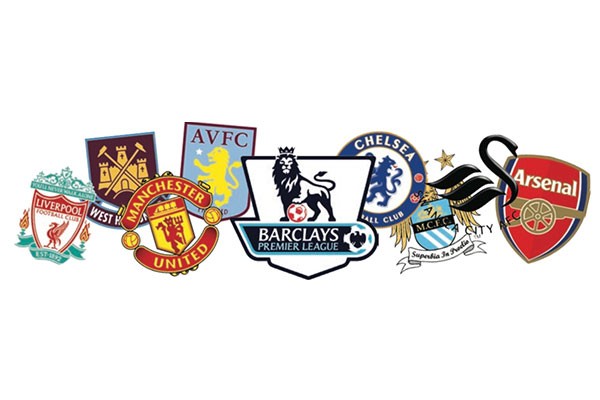 The English Premier League season is kicking off this weekend, and the teams have been busy in the transfer market in an effort to improve on their position from last season. In preparation for the 2015–16 season, many of the teams embarked on what has now become standard practice — an overseas pre-season tour to capitalise on the global appeal of the world’s richest football league.

Reigning champions Chelsea headed to the United States, losing their first match 4–2 against the New York Red Bulls before they recorded a 1–1 draw against Paris Saint-Germain in Charlotte, North Carolina. Chelsea won on penalties with Colombian striker Radamel Falcao, who is still contracted to French club Monaco, on target in the shootout. Falcao joined Chelsea on loan after a difficult last season with Manchester United, where he struggled to recover from a serious knee injury. As the defending champs, Chelsea face FA Cup winners Arsenal in the FA Community Shield challenge at Wembley Stadium before a home game against Swansea to kick off their title defence.

Manchester United also headed to the United States. Their tour started in Seattle with a 1–0 win against Mexican side, Club América; new midfielder, Morgan Schneiderlin, scored in the first few minutes of his debut for the club. Next stop was a match against the San Jose Earthquakes where another new signing, Dutch winger Memphis Depay, helped United to a 3–1 win. United then put in an impressive performance against the Spanish and European champions Barcelona with a 3–1 victory in front of 70,000 fans at the home of the San Francisco 49ers in California. A positive pre-season after being busy in the transfer department with the expectation being to immediately challenge for the Premier League. Their first match is at home against Tottenham.

United’s arch-rivals Liverpool started off with a 4–0 win over a Thai Premier League XI before putting wins over A-League sides Brisbane and Adelaide with new signings James Milner and Danny Ings amongst the goals. A 1–1 draw with a Malaysian XI in Kuala Lumpur rounded off the southern leg of their tour, and they finish their pre-season preparations with friendlies in Finland and against third-tier English club, Swindon Town. Some significant transfers have taken place at Liverpool. Club legend Steven Gerrard has signed for LA Galaxy, and Raheem Sterling forced through a record-breaking transfer to Manchester City. Strikers Christian Benteke and Roberto Firmino have arrived in replacement, albeit with a hefty combined fee of £55 million.

Sterling was quick to join up with his new Manchester City squad on their trip to Australia, where they were hosted by their sister club Melbourne City in a match that ended 1–0. Sterling scored three minutes into his debut in City’s next match against Roma, which ended in a 2–2 draw. However, the young winger couldn’t help City to overcome Real Madrid as they lost 4–1 at the Melbourne Cricket Ground in front of 100,000 people. Sterling was back in the goals in the next game, scoring twice in their 8–1 thrashing of the Vietnam national team in Hanoi. City have a final warm-up game against German club VfB Stuttgart before their season kicks off against West Brom. The only other significant signing has been England midfielder Fabian Delph who joined shortly after publicly committing his future to Aston Villa.

Arsenal were undefeated on their pre-season tour, conceding only one goal against Everton in a 3–1 win in Singapore. Wins over Lyon and Wolfsburg in the Emirates concluded a positive build up for the Gunners, who have been typically frugal in the transfer market with the only significant signing being goalkeeper Petr Čech moving across London from Chelsea. Their season starts with a London derby against West Ham.