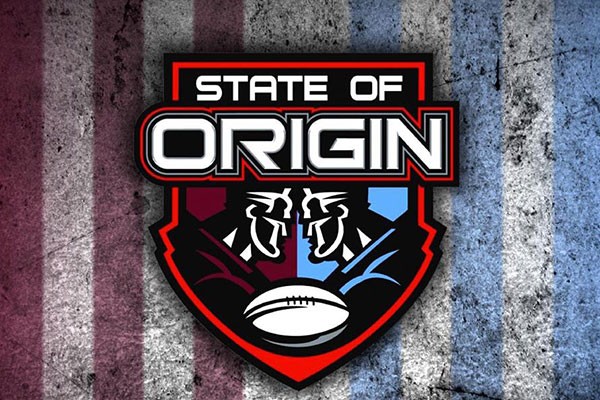 After the game in Apia, the All Blacks and Samoa players swapped shirts, shared some laughs and posed together for pictures with fans in what seemed to be a very calm atmosphere of camaraderie, mutual respect and sportsmanship. Just a few hours later there was a distinctly different atmosphere in Brisbane for the State of Origin series decider. The usual sense of hostility and tribalism was at full-force inside Suncorp Stadium as New South Wales were welcomed by the Queensland crowd with some of the loudest booing I have ever heard. The hostile reception seemed to get the better of the Blues from the start as they quickly started leaking tries on the way to losing the series with an embarrassing 52–6 defeat that was the worst in State of Origin history and now makes the Blues’ series win in 2014 seem like a total fluke.

It was a record-breaking night for the Maroons across the park: Greg Inglis became the leading Origin try scorer with 17, while captain Cameron Smith equalled Darren Lockyer’s all-time appearance record with 36 matches. Already the record point scorer, Jonathan Thurston managed to set a new goal-scoring record when he landed all nine of his wild banana hooks for a record-equalling 18-point haul from the game. He could have easily hit 10/10 but handed up an easy kick as a show of respect to the retiring Justin Hodges, who put it between the posts.

There really were very few positives to take from the game for New South Wales who, once the game was clearly lost, let their frustrations out with a series of dangerous tackles that only riled up the crowd further and will serve to make their already fierce rivalry even more bitter before next year’s series. The Blues host two of the three games next year, which should theoretically give them an advantage if they can recover quickly from their record defeat this year. The only good news for NSW is that their team is dominating the Under 20s State of Origin, a single match series that they have won since it was introduced in 2012. However, Queensland are dominating the women’s game, retaining their title and remaining undefeated since they started playing the series in 1999. NSW did manage a draw this year, but needed a win to actually take the trophy for the first time.

So, there we have it. Two very different games of rugby played in very different circumstances. While the All Blacks and Samoa game was full of positives for both teams despite the result, New South Wales will look back at their performance as a night to forget while Queensland will remind them about it every chance they get until next year’s series.