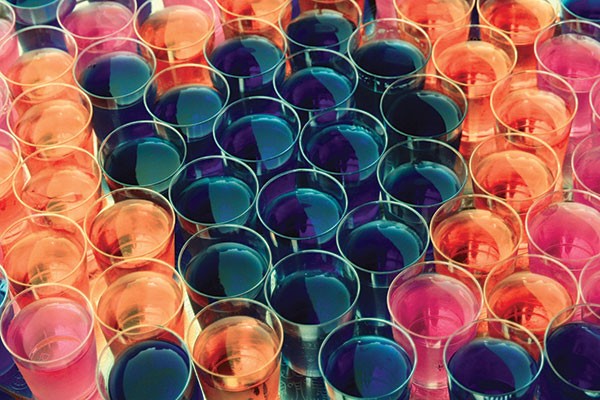 The Dunedin City Council is a step closer to implementing a Local Alcohol Policy (LAP) to tighten the rules and regulations for Dunedin establishments.

The original LAP, which was proposed last year, included a one-way door policy from 1am, no shots to be sold after midnight and no alcohol to be consumed on the footpath after 11pm.

After seven days of hearings and over 4000 submissions from the public, a provisional LAP has been drawn up. The document, which was prepared by the Draft Local Alcohol Policy Hearings Committee, no longer includes the policies mentioned above.

DCC General Manager for Services and Development Simon Pickford said the goal for the LAP is to “provide guidance to the District Licensing Committee when considering application for alcohol licences”. Regarding the provisional LAP, Pickford believes it has “struck a balance between the wishes of licensees and the wider community”.

Those who made submissions to the council now have 30 days to lodge an appeal if they are not satisfied with the draft’s content. If no appeals are made in that period, the LAP will come into force three months after the date the policy is adopted. This would be approximately the end of September.

OUSA President Paul Hunt, who was openly against the LAP when it was announced last year, said OUSA agrees with the decision not to have a 1am one-way door policy for all premises. This said, OUSA “disagree with the earlier closing time for bars and do not think bars should be required to have a cover charge if they wish to stay open later”.

Fiona Morton, Hospitality NZ’s regional manager for Southland and Otago said she is impressed with the proposals. She said the “policy is really well rounded and has been very impressively thought through by council”.

However, Morton disagreed with the closing time of clubs and bars changing from 4am to 3am. “The LAP is not specifically designed to tackle the problem of the drinking culture we have in New Zealand. Binge drinking needs a cultural change, and it is an educational not a legislative change that needs to happen. Everyone agrees that having people in licensed and regulated premises is the safest option,” said Morton.

Hunt said OUSA’s main concern with the tightening of legislation relating to alcohol is that more people will be forced to drink in private, as opposed to public, places. “OUSA believes, in accordance with research by a number of organisations, that policy should encourage alcohol consumption to occur in public environments. It is also important that, unlike the recent BYO accord, students are consulted about proposed policies,” said Hunt.

Morton agreed, saying “by closing bars earlier, people who do not think their night is finished and are not able to get into the entertainment venues … will just continue drinking at home.”

Stephen Moore, a manager at Al Bar, considers this proposal to be a policing issue, rather than a bar or club issue. Moore says it’s a problem “that comes down to how many staff the police have.”

“They have four people at the Octagon on a Friday night, and if one person gets arrested, that takes it down to two. I do think that these changes are designed to help police who don’t have the numbers at these times of night.”