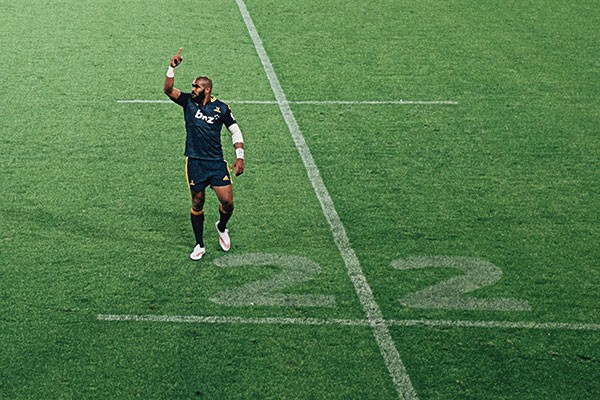 Winter Is Coming. So Is the End of the Super Rugby Season...

The Hurricanes look to have sealed their home advantage for the Super Rugby finals as they are 14 points clear at the top of the table with the best points differential and the most tries scored. Their end of season run-in sees them take on all four of the other New Zealand teams in the final rounds, with three of the games at the neutral venues of Nelson, Napier and New Plymouth. Even if they drop a load of points, they will still be in the finals.

The Crusaders are not out of contention of creeping into the top six, despite sitting eight points behind both the Chiefs and the Highlanders. Their Round 15 game in Sydney versus the sixth-placed Warratahs could be their most important match of the year as they sit five points behind them. A win would pull them right into the playoff race for the final few rounds, but a loss could effectively end their season. A “home” game in Nelson against the ’Canes before a final round trip to face the Brumbies in Canberra is a tricky way to end the season.

The Blues have been out of contention since the start of the season and are just out to play for pride and to possibly save their coach’s job. With a bye and three home matches to end their year, it looks pretty easy on paper, and they could potentially spoil the party for both the Crusaders and the Highlanders if they can get up for their games at Eden Park in the final two rounds.

The Chiefs host the South African conference-leading Bulls in Round 15 before a potentially season-defining game in Round 16 with their clash against the Highlanders in Invercargill on 30 May, as there is a high chance both teams will still be level on points when that game kicks off. The Chiefs round off their season by heading to Brisbane to face the potential wooden-spoon-holding Reds before playing the Hurricanes in the last round, looking for revenge after the dodgy TMO call robbed them of victory in Wellington last weekend.

Last but not least are the Highlanders, who are still well on track to make it into the playoffs for the second season in a row. After their big game against the Chiefs, they end their season with equally tricky away trips to face the Hurricanes and the Blues. The Highlanders might suffer from having had their bye rounds near the start of the year, with the other teams likely a little bit fresher.

However it all shakes out by the end, it has been a fantastic season of rugby. We have seen a number of All Blacks playing their final games in New Zealand, but we have started to see who will be in the generation to replace them.