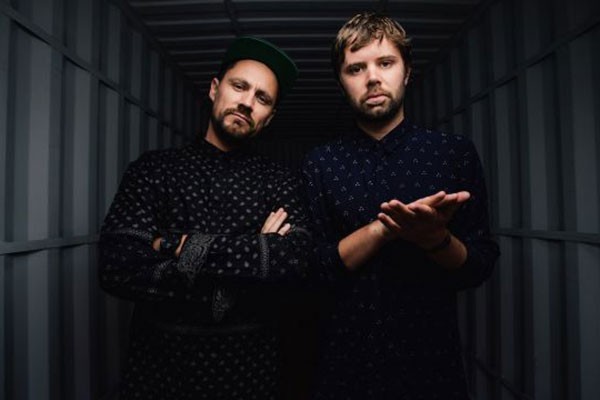 Duo “stoked” to be back

OUSA has announced Hermitude as the headliners for this year’s Re-Orientation week. The Australian duo, who played at Orientation Week 2014, will be supported by New Zealand hip-hop/R&B artist, Young Tapz. The pair will play on Thursday 9 July at the Union Hall.

Hermitude member Luke Dubs said the duo “are stoked to be bringing [their] show and new album to New Zealand and back to Dunedin”.

“Last time we played at Orientation, we were blown away by the crowd and the reception and we can’t wait to party with Dunedin students again,” said Dubs in a press release.

Hermitude are touring New Zealand in support of their fifth album Dark Night Sweet Light, with dates also scheduled in Wellington on 10 July and Auckland on 11 July. Tickets are available from 5 May through TicketDirect at $30 for students and $40 for the general public.

OUSA Communications Manager Tess Trotter said that they are “excited to be bringing Hermitude back to Dunedin … [They] are a quality act who have a proven high-quality live performance that incorporates a stunning AV (audio-visual) show.”

Trotter also said OUSA has many other events planned, with a highlight being the return of “the incredibly popular International Food Festival”. The event is set to host “a huge array of foods from across the globe as well as feature local Dunedin musicians”.

Other events have yet to be announced; however, Trotter said that this year “welcomes back a return of concerts to [the] Union Hall” and that “the full programme will be announced in a couple of weeks”.

Trotter said, “Re-Orientation is very much different in character to Orientation.” There is also greater pressure due to it being set in the middle of winter. “There is far less opportunity for large international and often national artists who are generally busy on the Northern Hemisphere summer-tour circuit.”

However, she added: “Re-Ori provides a great opportunity to focus on providing events for a range of different student groups and demographics as well as showcasing the wide range of services OUSA has to offer.”

Re-Orientation Week kicks off at the beginning of second semester on 6 July.