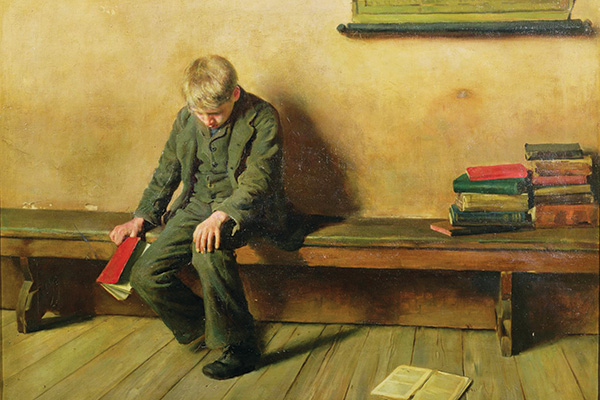 Fewer Students Sent to the Naughty Corner, More to the End of the Corridor

I n 2014, a total of 482 students were involved in disciplinary matters referred to the proctor. Of these, 23 were deemed extreme enough to be recommended to the provost. The proctor deals with students who breach the code of conduct, and then if the matter is serious, he can refer them to the provost.

If exclusion is to be considered, then the provost may refer them to the vice-chancellor.

Three cases involving the lighting of fires were recommended to the provost in 2014. All of these students were in their first year of university. One student attempted to set fire to a mattress, and he was issued with a warning and a $550 fine. Another student set fire to a flammable substance on a roadway; he was also given a warning and fined $500. Two students were caught by the police after setting fire to a couch. One student had decided not to return to university in 2015 and received no consequence, and the other was administered a final warning and had to complete 50 hours of community service.

Four incidents referred involved throwing bottles. Two first-year students were caught throwing bottles at a University College flat — they were given final written warnings and $550 fines. A third-year student was caught using a cricket bat to smash beer bottles on a roadway; he was given a final warning and fined $500. A third-year student also took part in an incident involving breaking bottles on a roadway, though this time golf clubs were used. The student was fined $300 and given a final warning. A second-year student was arrested for throwing a bottle at a police van. The student then attempted to escape police custody. He was referred to the vice-chancellor with a recommendation of exclusion or lesser penalty.

Three students were referred for verbal abuse. One student verbally abused the deputy proctor when asked about complaints of harassment received regarding the student. The student was advised to seek professional help for his anger and warned that if he attempted to contact the original complainant the matter would be taken further. Another student made derogatory remarks to another member of the university community; the incident was investigated and the student had to write an apology to the victim. A second-year student verbally abused Campus Watch. It being his second offence, and he was given a final written warning and 55 hours of community service.

Three students were referred for theft. An international student was found stealing from UniPrint on multiple occasions. The student was sent to the vice-chancellor with a recommendation of exclusion. Two first-year students stole boxes of energy drinks from a distributor; they were each given a final warning and fined $300. A first-year student stole a box of beer in a residential hall. After kicking a taxi-van trailer, he was referred to the vice-chancellor with the recommendation of exclusion. One student attempted theft, as well as having four incidences of disorderly behaviour. The student withdrew from the university.

A first-year student assaulted a fellow student and a member of Campus Watch while intoxicated. Having had previous visits to the proctor’s office, he was referred to the vice-chancellor with exclusion recommended. An entire flat was referred due to disorderly behaviour at a school reunion they held on the property. Three of them were fined $200 and given a final warning, and the other two were not present at the time so were given a warning.

A first-year student reoffended after a final warning by the provost for being in possession of cannabis paraphernalia in a residential college. He was moved to another college and referred to the vice-chancellor with a recommendation of exclusion. A student was referred as a consequence of inappropriate behaviour, though he has since withdrawn from the university.
This article first appeared in Issue 4, 2015.
Posted 2:32pm Sunday 15th March 2015 by Laura Munro.