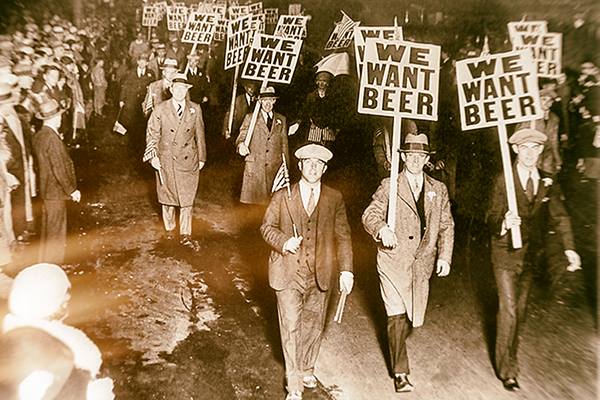 I'm sure you've all heard the saying that the road to Hell is paved with good intentions. We all like to think, especially when it comes to the affairs of others, that what we are doing is for peoples’ own good - that if we could sit them down and have a chat we could sort them out and have their life on track before tea. This is especially endemic for the older, wiser heads among us – Of course, I'm referring to the Dunedin City Council (DCC) and their misguided Local Alcohol Policy (LAP).

For those of you who don't know what the Local Alcohol Policy is, it can essentially be broken down into five main objectives:

It sounds quite reasonable when you read it at first. After all, New Zealand suffers from a systemic binge drinking culture and Otago is infamous for its student life. If you were a concerned parent (or just a Dunedin local sick of all the ruckus), it might seem like the perfect solution. However, much like the cheeky Snapchat you drunkenly sent to your ex, the consequences of the LAP could make the DCC come to regret it.

The LAP’s impact hinges on two major provisions: first, shutting down all bars and clubs at 3 am; second, that after 1 am, if you leave, there’s no coming back. First off, that means that in lieu of the steady in and out trickle of students throughout the wee hours of the morning, you have a sudden influx of drunken students being abruptly ejected out onto the streets at around the same time. This is a problem. In fact, since the introduction of earlier closing times in 2013, police statistics have shown a 19.5% increase in assaults. Considering that one of the major reasons for adopting this LAP is to reduce drunk and disorderly behaviour around the Octagon (CBD), this provision seems counter-productive.

And the issue of drunken students being ejected unceremoniously onto the streets is further exacerbated by the 1 am one door policy. Purely from a safety point of view, the best place to be is inside a club with everyone else because you are in a controlled environment with bouncers and staff on standby. Conversely, you are at most risk when you are on your own walking back from town - and that is exactly what the LAP encourages. Anyone who gets separated from their mates is stuck that way unless their mates decide to be GC's, and leave to go and find them.

Moving away from the direct impact the LAP has, there will also be flow of consequences that won't be immediately visible. For an example of what temperance-style laws produce, we can look back to the six o'clock swill law that lasted from 1917 until 1967. Members of the Christian-inspired temperance movement were able to push through a law that forced all hotel bars to close at 6pm. The assumption was that with most men working 9am-5pm, the hour they had before bars closed wouldn't be sufficient time for them to get sloshed. What actually happened was people pounded drinks to get all the drinking that they would usually stretch out over an evening into a single hour. Lesson learned: you can never underestimate the ingenuity of people when it comes to pursuing their vices.

But more than anything, what these laws will accomplish is moving students away from bars and into flat parties, where the real issue of binge drinking rears its ugly head. Instead of having drunken students in a controlled environment with trained staff available to prevent people from getting wasted, the LAP will turn them loose on the jungle of flat parties where you wind up with couches on fire and walls destroyed. Regardless of how many laws are passed, students will always find a way to drink and get rowdy. Especially because in Dunedin, not unlike the USSR, outside is cold. Inside is cold. Only vodka is warm.

That’s not to say that this LAP is all bad. Addressing the problem of binge drinking by enforcing restricted trading hours for supermarkets and liquor shops is definitely a step in the right direction. But the rest of the proposal – particularly the one-way door policy and earlier closing time – are misguided. They’ll push Scarfies away from bars and clubs into unregulated environments, hurting the local economy in the process.

To show your opposition to the proposed LAP, OUSA would like you to sign this petition.
http://chn.ge/1zGRLJ5