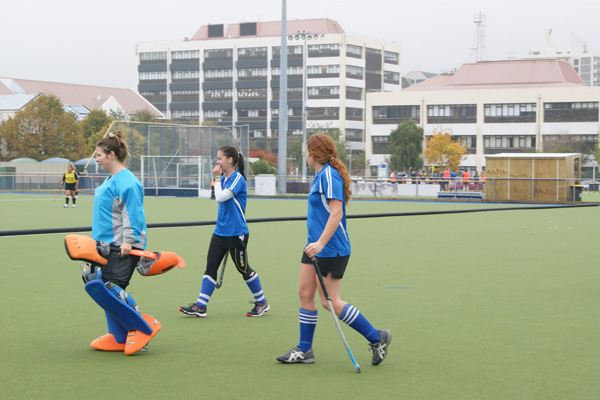 “Everyone a winner at Uni Games”

Team Otago reclaimed the University Shield at the Uni Games held in Dunedin two weeks ago. Otago boasted the largest team at the 2013 event with 142 competitors, and made their numerical advantage count by collecting the most points and taking out the shield.

Prior to the games it had been intimated that Otago would be ineligible to win the shield, as the university is currently not a member of University Sport New Zealand. As it turns out, no other universities are members either, so Otago was able to claim it.

The Uni Games Committee (led by OUSA) said they were very pleased with how everything ran during the event after surviving a couple of early hiccups. This year OUSA had dubbed the event the “Austerity Games” because of efforts to cut costs to competitors and cutbacks on expensive social functions.

The Otago team performed well across the board, taking out the Badminton, Netball, and Touch, and performing strongly in the other events.

Organiser Blake Luff told Critic that “the whole event in general went very well. There were some things that we could not plan for that tripped us up but they ended up being relatively easy fixes. We had reasonably good numbers from all the universities in New Zealand. The weather wasn’t really on our side at all throughout the week but there isn’t much that we could do to change that.”

One of the more outstanding efforts by an Otago side came from the netball girls who had to face AUT three times before reaching the final. Each match was a tight contest before Team Otago eventually finished Auckland off in the final, prevailing by 13 goals.

Otago teams also managed 2nd in Basketball, 3rd in Tennis, 3rd in Ultimate (Frisbee), and 3rd in Lawn Bowls. Hockey was the only sport in which Otago teams failed to make at least the semi-finals.

Team Otago finished with 69 points overall, 18 ahead of Canterbury in second place who pipped Auckland by a point. Canterbury University picked up the team spirit award, Massey (Albany campus) won best small campus and SIT won a prize for not being a University.

Otago basketballer Rens Smeerhoff was happy overall with how the games turned out: “Uni Games proved again to be a great way to compete between universities. The games were well run with the limited resources OUSA had available.” He was a little disappointed with the social side of things: “It was all right, but not much more than that. I can see why the organisation chose not to get involved in organising a social programme, we’re old enough to come up with our own plans. But even just some more promotion of a venue that had specials on for Uni Games that night would have helped with getting the crowd together at the end of the evening.”

According to OUSA President Francisco Hernandez, “It was a fantastic event. Well done to Blake Luff, the GC Volunteers, Unisports and James Grubb for making it a successful event. Congratulations to all the people who took part, whether you took home gold, silver, bronze, or tin – everyone was a winner at Uni Games.”