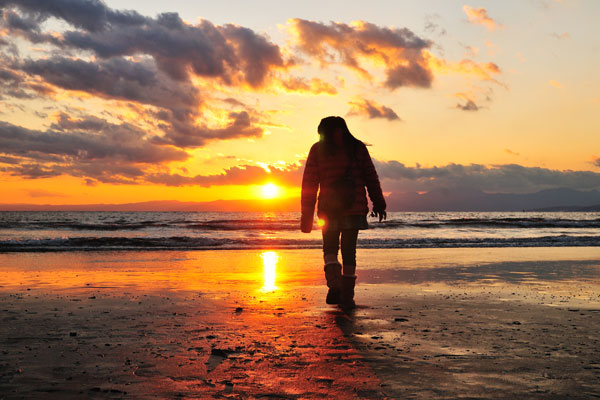 The Otago Daily Times was so delighted by the appearance of the Sun in the Dunedin skyline last week that they put an article to that effect as the lead story on their website.

The short article was entitled “Strange excitement as sun appears above Dunedin”, and did not state who authored it. Notably, the majority of the article was simply inane Twitter comments from various insignificant people around Dunedin, an approach indicative of the quality journalism the ODT is known for.

Commentators have opined that the article is a sign that the local paper has finally given up pretending to engage in real journalism, and will from now exclusively report on things that are blatantly obvious to everyone, using tweets, Facebook status updates, and YouTube video comments to fill the greater part of its pages.

To find out what the ODT’s loyal readership thought about the article, Critic took a trip to the nearest rest home. Doris, a longtime ODT reader, told Critic that she thought the article was helpful as “my eyes are going quite bad and sometimes it’s difficult to tell if that bright shiny thing above me is the Sun, or that light that my children tell me not to go into when I have one of my frequent heart attacks.”

Mavis, another loyal ODT fan, told Critic that she was very excited about the new commitment to weather-related journalism, since “weather is mostly the only thing I talk about these days.” However Mavis was less impressed when she learnt that the article only appeared online, stating that she didn’t “much like that internet thingy.”

Students were less impressed by the ODT’s plummeting standards, with, one first-year health science student telling Critic, “it almost makes you look adequate by comparison. Although I’m suspicious as to whether some of your quotes actually come from real people.”

Critic, always keen to jump on bandwagons, is now upping production of its own terrible weather-related content in order to compete with the ODT. Current plans include a regular article covering the presence and/or absence of the Moon, and a full-page feature listing the average daily temperature for all Nigerian villages with fewer than 1000 residents.

We are seeking volunteers, preferably with a background in experimental physics or molecular biology, to help create this content. If you would like to be considered please send a CV and cover letter to news@critic.co.nz.
This article first appeared in Issue 3, 2012.
Posted 6:37pm Sunday 11th March 2012 by Gregor Whyte.