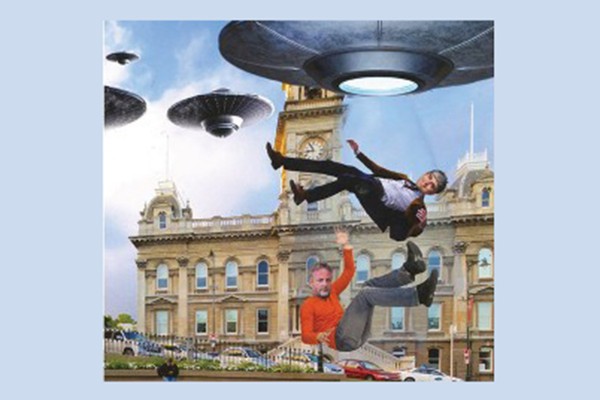 A Wikipedia user by the name of “Leevandervis” has been making edits to the Wikipedia page of Lee Vandervis, a Dunedin city councillor with a history of making controversial headlines.

Critic received a tip about edits made to Vandervis’ Wikipedia page on April 26, listed as “updated facts and dates” made by a user called “Leevandervis”. Vandervis did later confirm that this was his account. Critic Te Arohi was made aware of the Wiki changes at noon on Thursday 28, giving Lee little time to respond, but he forwarded his prior responses to “a similar scandalous attempt to rush and sensationalise a non-story by the ODT which may also answer your questions”.

Some changes were simple, like correcting his birth year. Some involved adding new information, such as: “Lee Vandervis was teased at school because of his Dutch name "Lieuwe", which he later changed to "Lee" by deed poll.” It wasn’t clear who added this, but Lee clarified that “I was teased at school for being the only blond boy in class being regularly called ‘snow’, for being Dutch, ‘go back to Holland’, despite being Balclutha born, and for having a rare name Lieuwe which I later simplified to Lee by deed poll.”

Recently, Vandervis had a complaint lodged against him for allegedly abusing a Dunedin City Council parking warden over a parking meter. It was his 12th complaint received. Vandervis has consistently insisted that his parking ticket was “due to a faulty parking meter”, and not negligence on his part, and said that “It was not a ‘parking ticket incident’ as repeatedly misrepresented by media but it was my complaint of a DCC staff member and her subsequent complaint of my manner, who refused to take details and ID number of a faulty parking meter with faulty signage, faulty coin return, and faulty receipt, all of which faults were subsequently repaired.”

There were substantial edits to the section about the parking ticket saga. The version edited by user “Leevandervis” is below, alongside the current, reverted version (as of print time).

These changes did not last long: an eagle-eyed Wikipedia editor undid them just 34 minutes later, citing a “conflict of interest”. They also sent user Leevandervis a message, saying that: “If you are Lee Vandervis you need to declare a conflict of interest in accordance with Wiki guidelines.”

Leevandervis version:
In mid-September 2019, a twelfth complaint was lodged against Vandervis through CEO Bidrose after he allegedly verbally abused a DCC staff member for refusing to note the details of a faulty parking machine. Video evidence of this claimed abusive interaction was initially withheld by the DCC but later forced into the public arena by Vandervis' appeal to the Ombudsman. Leaks from the DCC to social and local print media falsely recast Vandervis' complaint of a staff member as an attempt by Vandervis to get off a $12 parking ticket.

The unprecedented use of the DCC Code of Conduct by a staff member, and alleged abuse of process and misrepresentation of the Code of Conduct by the investigator and CEO Bidrose has been the subject of a Judicial Review brought against the DCC and the investigator by Vandervis, currently going through appeal against Judge Gendal's negative ruling in the High Court. Vandervis contested the complaint and uploaded a CCTV video on social media to support his claim that he did not verbally abuse the staff member. On 10 December, Vandervis was censured by his fellow councillors for the staff alleged abuse incident.

Reverted version:
In mid-September 2019, a twelfth complaint was lodged against Vandervis after he allegedly verbally abused some DCC staff members over a parking ticket. Vandervis contested the complaint and uploaded a CCTV video on social media to support his claim that he did not verbally abuse. David Benham, chairman of the Otago Regional Council's audit and risk subcommittee, was tasked with conducting an independent investigation into the matter. On 10 December, Vandervis was censured by his fellow councillors for the parking ticket incident. In response, he alleged that his privacy was breached at a critical time of the election campaign.