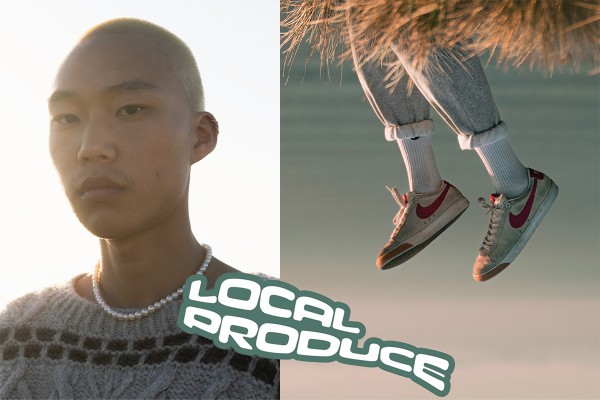 BEONY’s latest track ‘GREY SWEATPANTS’, an ode to the final days of summer, dropped last weekend. Critic caught up with BEONY to talk about the twinkly track, summer flings and moments of inspiration in the bathroom.

BEONY is the musical project of clinical dent tech student Joseph Yoon. Those close to him know him as Joey, and his Korean name is BeomSuk. The moniker BEONY is drawn from his many names: the first letters of his Korean first name ‘BE’, the final letters of his Korean surname ‘ON’ and the last letter of his nickname ‘Y’. “It’s like three incorporations of my identity.”

Like his name, BEONY’s lyrics also blend together Joseph’s cultural identities of South Korea and Aotearoa. He seamlessly switches between English and Korean in his lyrics. “I think it’s important, because it is a part of me, that I write in both languages” he said. Growing up as Korean and Kiwi, like many that are bicultural, Joseph often hovered between the two cultures rather than existing as both at once. “Growing up I was kind of like an outsider, always trying to fit in. I neglected my culture, like I was somewhat embarrassed.” The symbiosis of these cultures in BEONY’s music rectifies his past feelings, proudly embodying both cultures. “One of my main goals as an artist is appreciating your other side, [which] may not be mainstream or people [may] look at like ‘oh it’s kind of weird’, but you still embrace it.”

In a moment of candidness, Joseph admitted that ‘GREY SWEATPANTS’ actually came to him in the midst of a dump. “I was on the toilet and was like ‘yeah that’ll be mean, so I voice memo-ed it. I’m pretty sure I was wearing grey sweatpants at the time.” The song is about summer love and finding comfort in its final moments, before the pressure of Uni returns alongside the relationship’s uncertain future. The song radiates warmth, the sun-saturated guitar the perfect counter to Ōtepoti’s sinking temperatures. BEONY’s wit (see lyric: Cooking pasta from a Pam’s recipe) and his vocal delivery are indebted to hip hop and R&B.

Though these genres were his most early influences, more recently he has been drawing on the blurring line between them, punk and indie pop. Right now his biggest influence is Jean Dawson, followed by Brevin Kim and Weston Estate. Patron to no sole art form, BEONY’s aesthetic has been inspired by filmography, photography, home decor and fashion, and even the wallpaper designs of William Morris.

‘GREY SWEATPANTS’ is the first single from BEONY’s upcoming EP. The series of songs capture the last four summer breaks he’s spent in his hometown of Sumner. The EP is not only about embracing the period of sun-kissed recluse, but understanding the summery months as a shared experience that connects many. It’s due to drop in its entirety in May or June. ‘GREY SWEATPANTS’ is up for streaming on Spotify and Apple Music. For the latest details, you can follow @be0ny on Instagram.