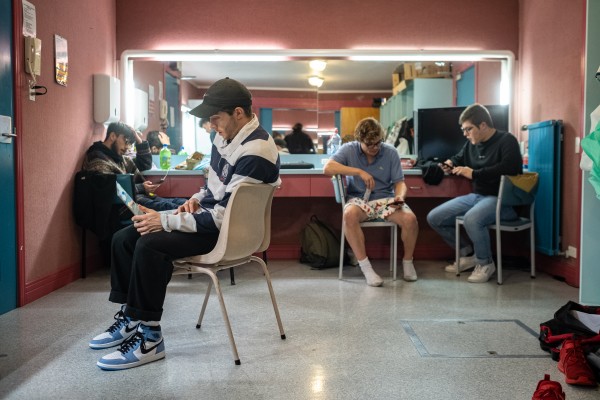 Behind the Scenes: The cast and crew of Capping Show tell all

The annual Otago Capping Show is back for its 127th year, with shows running from May 13 to May 21. Critic sat down to chat with some of the cast and crew to talk about what went into creating this year's performance and everything in between.

Actor Lucy, video director Alex and stage director Jacob have all been part of Capping Show in previous years, falling in love with it from the get go. “I knew about the Capping Show before I came to Dunedin. I went and thought it was amazing,” said Lucy. “I auditioned as a writer, and have been acting for the past two years, she said.

Alex was told about the Capping Show from his brother's girlfriend who convinced him to audition in 2019. He has been involved with the show since,  being in both acting and behind the scenes positions. Director Jacob said that he first got exposed to the show in his first year back in 2018. “I watched it back in 2018, I thought it was really cool and so I gave it a go, and now I’m directing,” he said.

The Capping Show has been an integral part of Otago culture since 1894. It is the second longest running student revue in the world. Every year it showcases new sketches and plot lines, while integrating iconic acts such as the Selwyn Ballet. The cast comment that although times have changed since the show’s original development, it is still important to incorporate these staple sketches to uphold the unique culture and tradition which we have here at Otago.

“It’s changed so much over the years, even with adding video. You wouldn’t see that 10 years ago,” said Alex. “I feel like the things I think about are the traditions and trying to keep them up because it’s such a cool part of the show, with Sextet and the Selwyn ballet.”

Lucy agreed. She said it wasn’t until recently that she was aware of how important the show is to Otago’s culture and history. “I didn’t really know about the history of it until we saw it last year on the news.”

The show is based on Dunedin culture and humour, as well as pop culture. “There are a lot of Dunedin references in the sketches, there is something to offend almost everyone. There’s always that one sketch that’s like ‘oh edgy, am I allowed to laugh?’” said Lucy.

“At the start, we would pitch sketches and explore everything that has ever happened, like toga parties, then we cherry pick which ones to include into the show,” said Alex. “It’s a large variety of comedy and it will appeal to people who are students, or have a similar sense of humour, there is something for everyone,” said Jacob.

“This year as a director it’s been super different to being an actor, you’re watching every performance on the stage. We have to look at it and ask, ‘wait a minute, is this funny?’”

Although rehearsals have been in full swing for weeks now with the cast gearing up for show, there were some setbacks when Dunedin went back into Alert Level 2 earlier in the year. “Covid 19 pushed rehearsals and auditions back a week which was challenging, it meant we were set back for everything,” said Lucy.

Despite this, everything has come together and the cast are ready to showcase their talents. “It feels very much like our show and our child, the really nervous and exciting thing is to see if everyone likes our show and it’s looking really good. It’s exciting being part of the directing crew,” said Alex. Lucy said she encourages others to participate in the years to come.

“Everyone is just such a big family, you get so close with everyone and it’s so nice when I’m stressed and I get to go somewhere [rehearsal] where I know I’m going to be in a better mood, it’s a lot of fun. This is the thing I will take away the most from uni,” she said.

Jacob is also stoked to see the show come to life, and says that it truly is an experience everyone can participate in. “We have people who have never done a production before get involved, it’s so enjoyable because everyone has such a good attitude, and just gets stuck into it.”

You can buy tickets to the 2021 Capping Show here.