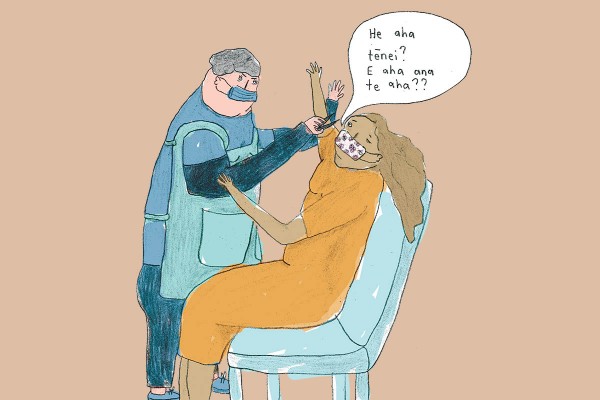 Participating in Mahuru Māori but my reo isn’t good

Mahuru Māori is the annual challenge set to everyone in the effort to normalise and integrate Māori language into everyday lives. The challenge, set by Paraone Gloyne of Te Wānanga o Aotearoa in 2014, has grown immensely. In the first year, only three people participated, but in 2019 that number was at 5,000 participants. The main rule is to speak te reo Māori throughout the month of September, every day, regardless of circumstances. You will speak, write, sing, do anything your goal requires, in only te reo Māori. However, a lot of people who take part in the event tend to be at a beginner level of the language. Because of this, individuals have the opportunity to set their own goals. These goals could be speaking te reo Māori for one hour a day for the month, or half a day, or a couple of days here and there - the main point is that te reo Māori is being used in our lives and that others are exposed to the language also.

The idea of trying to speak as much te reo Māori as possible has always interested me, and what better way to learn than to make myself speak to everyone in Māori. As someone who is definitely a reo beginner, my vocabulary and sentence structures are super basic. Action sentences, conversational go-to’s, and some key words are burned into my pea brain, yet I still have so much to learn. Let this be a sign to anyone else who is tossing it up, that if I can do it with my broken reo, anyone can.

I decided to start small, and set aside three days to integrate as much te reo Māori into my routine as possible. I was only allowed to speak te reo Māori and even listen to waiata reo Māori, however, I could type and write in English for the sake of study and communicating with my flatties. I carried around a little notepad and spammed Facebook messenger when I had to - otherwise it was all down to my limited language abilities and sheer determination.

I left the Critic office Monday morning ready to kōrero Māori with anyone who would listen. Except I ended up going to the library to finish an assignment, where I would talk to absolutely no one. This gave me the idea to strictly listen to Māori songs, to which Stan Walker’s Spotify playlist ‘Waiata Reo Māori’ got me through.

Going home for late lunch meant finally some human interaction. Having told my flatmates that I’d only speak te reo Māori for the next three days, they didn’t really mind that they wouldn’t understand. One even said “it would be nice if you stopped talking for three days” but that’s neither here nor there. For real, they thought it was a cool idea, even though two of the three didn’t have much Māori language exposure.

I kept to simple sentence structures, mainly action sentences to keep my friends and flatties up to date with my movements, such as “kei te haere au ki te whare pukapuka” (I’m going to the library), or “ka hoki au ki taku kainga a te 5pm” (I’ll be home at 5pm), he aha’s (what is/are), and so on. What I didn’t expect was to be using so much arm movements when I spoke, but they seemed to get the drift.

My Zoom class in the afternoon had me worried, and I’m not sure why. I felt like I would get in trouble if I answered a question in te reo Māori, which is sad that I felt that way. But when it came round to it, the lecturer asked us a question, I answered in reo Māori and typed the answer in English in the chat bar. It was honestly no big deal, so my nervous self was relieved.

A quick trip to the gym had me say a ‘kia ora’ here and there, but overall I seemed to avoid people most of the day. When I did talk to people, I started to feel bad that they didn’t understand or felt like they would get frustrated with me. I had to remind myself that I was doing this for a reason - keeping reo Māori common in everyday life is important, and it’s something small that everyone can do to keep the language thriving. So at the end of the day, I didn’t care if they understood or not, it felt good.

A grocery trip in the morning meant, like most of my days, I wouldn’t speak to people anyway. To be honest, I think I would need to do this challenge for much longer than three days to really get proper socialisation with others and get folks listening to my reo.

The day went by quickly, I once again listened to the Māori music playlist while I studied at the library, and I even saw some friends who were able to understand what I was saying, even with my sentences that left a lot to be desired.

With another meeting in the evening, again I mainly sat and listened to what people had to say, put in a couple words here and there, had a kai, and left. Tuesday was definitely a day of listening, especially to my own thoughts because writing down my life currently makes me realise she’s a little bland! I have to laugh. I particularly enjoyed the surprised look on people’s faces when I wasn’t speaking English, but it definitely gave me a lot of time to think about what my reo means to me, and how I can do better at incorporating everything Māori into my life.

The morning rolled around and I remembered I booked an eyelash and brow appointment that happened to fall on my last day of the challenge. I was again nervous about how people would receive me especially because I knew no one, but the constant reminders I gave myself settled my brain. At the end of the day, who cares what others think? The appointment was great, the lady was sweet and music played the whole time so I didn’t feel the need to make conversation.

I found myself giving short answers to my friends and flatmates, which felt unusual to me because I tend to ramble. However, a phone call with my dad was a highlight of the day. Even though my family never raised me with te reo Māori as a first or second language, I have always been exposed to it, and my dad thankfully is much better at speaking than me. The call gave me the opportunity to ramble, even though I couldn’t say that much.

I also spoke to a fellow student Simone, who is participating in Mahuru Māori for the month. She agreed with a lot of my feelings, saying “it felt odd sending an email in Māori knowing they might not understand” but she came to the conclusion that “ultimately it is part of normalising our language”. She believes that it is “so rewarding” being part of a challenge that uplifts our reo, and it really “gets [her] thinking”, not only about how to speak, but about what Māori language means to her.

Overall, the past three days have seen me speaking less in general, something that my flatmates have probably been dying for. In all seriousness, it made me feel lonelier than usual - if I didn’t need to say something, I felt like I shouldn’t say anything at all. Going through this mini-challenge made me wonder if Māori who don’t speak English feel this vulnerable all the time, a feeling that they shouldn’t have to experience in their native country.

I think I walked away with five conclusions: 1. Reo Māori is something that I am passionate about and my heart is full. 2. I want to learn more before next September swings round so I can participate throughout the whole month. 3. No matter how limited your reo is, it is such an honour to take part in this, so kia kaha and give it a good crack. If I can do it, anyone can. 4. We don’t need a challenge to give us an excuse to speak te reo Māori; it’s an amazing kaupapa and I will definitely take part again. But, for our wellbeing, our culture, and our future generations, we need to consciously incorporate it into our everyday lives - no matter how small. 5. Stan Walker and his mean playlist got a couple hundred more streams on Spotify, you’re welcome.