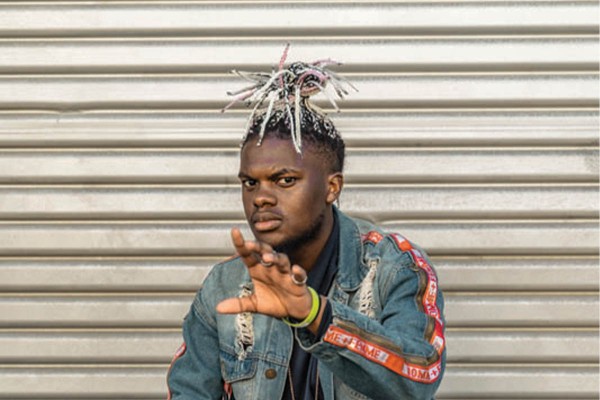 The Tale of Two TJs: The Otago Student Living the Best of Both Worlds.

TJ Zee, better known by his stage name “ZExII” is one of Dunedin’s best emerging music acts, and is also just a generally cool guy. A Physiotherapy student by day, and a performer by night, one could even go as far to say that he is Dunedin’s very own Hannah Montana. Who, in his own words, believes he does in fact have the best of both worlds. Given his astronomical talent, ability to live a double life, and to shine a light on his new projects, I figured it was only fitting to interview the man, the myth and the legend himself.

Like any great musician, TJ’s love for music started at an early age. He recalls that his initial interest and curiosity began at the age of 5, when he used to steal pots and pans from his mother's kitchen and build makeshift drum kits. Much to his mother's dismay, he continued to bang on his inventions until he became exposed to more instruments at church. “I grew up in a Christian household, so when I went to church, me and my friends would go and play the instruments after service,” he said.

He also said his brother fanned the flame of his interest in music. His brother would make beats in his bedroom using software, but wouldn’t let TJ in to watch. Instead, he would listen through the door “and just hear fire”. Then one day, after pestering and pleading, his brother finally let TJ record with him and his girlfriend. His first song? An original piece about diarrhoea. “I thought it was so fun using auto tune. It was funny.” Unfortunately, this song remains unreleased.

Fast forward a few years. After winning big at his primary school talent show auditioning for New Zealand’s Got Talent, TJ became a multi-instrumentalist who learnt everything by ear. It didn’t take long into his music career before he began to be recognised for his skills. After briefly moving to Australia and playing in bands across the ditch, he returned to Dunedin where he and his friend created Carlyle Studios - a basement turned recording studio, where he still records today.

Much like TJ’s journey to music, his style is not linear and expands across a variety of genres. TJ credits his style and influence to the wide range of artists that his dad would play around the house. “My dad would play ACDC in the morning, then Kid and Play in the afternoon, then 50 Cent, then he would end with house music. I have a wide palate, I literally like everything.” In order to continue expanding his repertoire, and exposing himself to new ideas, he listens to new music every day. “Sometimes people don’t believe that I listen to literally everything, but I do. I’m always humming a tune.”

However, TJ’s journey through music hasn’t been easy, especially when it comes to creating a genre in a music scene dominated by DnB and surf rock. Under ZExll he has been trying to make hip hop and RnB more mainstream in Dunedin. “It’s been hard,” he said, “But I want to be written in the history books as bringing RnB and hip hop to Dunedin, despite how hard it is to break through.”

TJ has hope for the future of the music industry post Covid-19: “I see us relying on more local acts, and I want to see more of that, rather than flying people in from other countries. I think in New Zealand we need to bump our own artists.”

As for the philosophy behind his music, TJ describes it as a form of therapy, and something which traverses beyond ourselves and our communities. “I have this philosophy where music is the only international language. Why learn parts when you can learn the whole thing? No matter who you are, you’re always listening to music. It’s a place where you can find pure refuge.” It’s also a place where you can feel emotion: “It’s okay to cry, to feel angry”.

TJ has no intention to drop his studies just to chase the one dream. He wants to be a walking example of how you can explore all of your passions: “As long as you continue to work hard. In a perfect universe, you can do both.”

This begged the question. Does he see ‘TJ’ as the Hannah Montana or Miley Stewart? After laughing for a few moments, he gave yet another deep and philosophical answer: “People see Hannah Montana, but no one sees Miley Stewart. I’m a hardcore introvert, but I have those extrovert characteristics.” He then admitted to me that he’s a Gemini, and given his ability to switch between two personas, it’s no surprise that he ticks every box.

If there was one message he could share with students, it would be to “Change how you listen to music, make sure you find what you like and someone with a message.”

You can stream ‘ZExII’s” latest releases on Spotify, and catch him performing locally. His EP drops July 17. He can also be spotted vibing in Central Library.