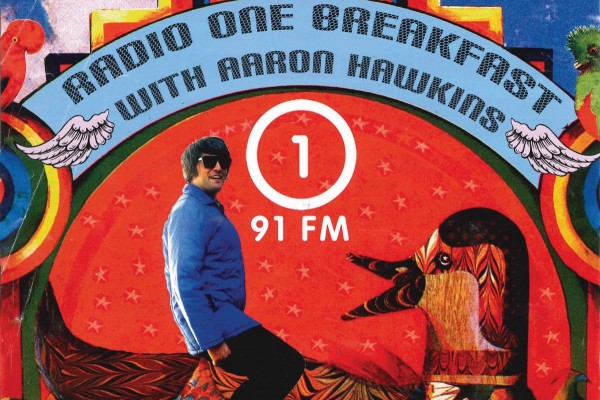 Aaron Hawkins: Mayor of Ōtepoti, antagonist of Dunedin News. Before his career in local government took off, Aaron was the Music Director and Breakfast Show Host for Radio One 91FM, and the Music Editor for Critic. 14 years later, it’s safe to say that Radio One and Critic now has a sexier, smarter, and humbler person working in these positions: me. Besides the launch of my political career, Aaron and I have shared the same career path. That is why I took on the mandate of revisiting the highs and lows of Aaron’s music reviewer career.

Aaron breaks the ice by stating how “slipping this album quietly on to the stereo, for fear of disturbing the balanced jewels within, it all opened very promisingly”. What the fuck, Aaron? You couldn’t just say “I put this CD on in my stereo and it sounded cool at first” like any normal person? He goes on to describe the overall melodies of the tracks, before talking about the artists’ “uninspiring acoustic guitar” and “wailing male singer”, which sounds like if the next Council meeting took place at Open Mic Night. The rest of the review is just Aaron trying to flex how much musical jargon he knows, before slamming the lack of representation of the talented backing bands members. Overall a very boring review.

This review opens with some high tier observational humour. He writes, “Why! Does! Everything! Insist! On! Putting! So! Many! Fucking! Exclamation! Marks! Everywhere! These! Days!” Classic Aaron, you really thought you did something there huh. He writes that there's a straightforward formula to the songs on the albums, before admitting that the tracks “need more cowbells”. Really appealing to the Southland district with that one liner. He then discusses the lyrical content, noting that the song ‘The Gap (between the Rich and the Poor)’ righteously stabs at socio-political outrage. No shit Aaron, the lyrics for one part of the song literally repeat “the rich, and the poor, the poor” over and over again before saying “gotta take them down”. If this is a stab at socio-political outrage, then my review of your work should win a fucking Pulitzer. But luckily for us, Aaron is willing to give the band the “benefit of the doubt” within their “testament to the generic nature of the music”, showing us just how truly caring and compassionate he is as a person. Sit down, be humble.

“Maybe I am a sucker for fancy things, but some old-fashioned press gimmickry is bound to keep me interested,” Aaron writes. If this is the case, why didn’t you want to come to the Steampunk festival in Oamaru with Critic last year, Mr. Mayor? He admits that the artist actually sent Aaron a copy of the CD to review, which sounds like the latest Teapot Tape Scandal if you ask me. He used about 11 different adjectives which seemed to fit the purpose of making him look hyper-intelligent, which I gotta respect as a fellow reviewer. Upon asking him for comment, Aaron pointed out that he can’t remember specifically most of the albums he reviewed, but emphasised that “I can’t imagine any of the albums would stand scrutiny now”. Maybe it’s time to go back and re-listen to see if this album is still “compensating for something”.

Aaron starts off his review with the quote, “what is it with local bands and recording albums?” Geez, I don’t know Aaron, maybe participating in a craft they love and wanting to create a physical expression of their art? How crazy is that. He then goes on to describe how you weren’t able to get a physical CD (in a time before downloading music and Spotify, a concept my tiny 1997 brain can’t handle) and uses the words “mitts” to describe hands. While highly praising the album, he discusses how “the cuts on Sneepy seem innocuous at first listen, but then creep into your senses and it is curtains”. This reads like you got a B in ENGL127 and are really proud of it. What does “it is curtains” even mean? 2006 was a different time, but still a time where you should know better.

When asked to comment on his previous work, Aaron said “good grief”, followed by the statement “I was never destined to turn [reviewing] into a career”. He said that being paid to write reviews in the early 2000s not in money, but in CDs, “had currency in a way that is barely recognisable”. To me that sounds like his passion laid in the reward for the job and not the job itself. A brave admission for a politician to make. Not one to shy away from self-crit, he said he would tell his past self to “stop overthinking things and just listen to music that you enjoy,” also to “stop worrying about whether [the music] is good enough”.