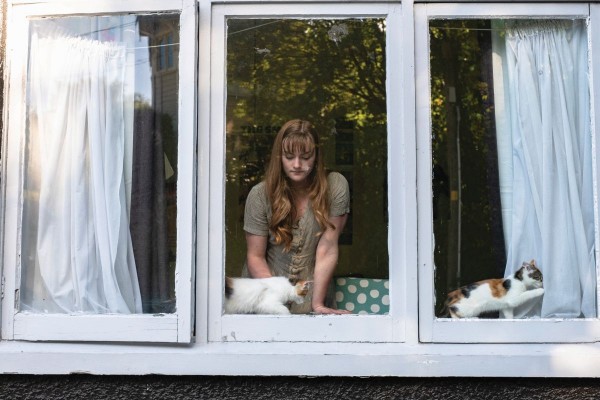 It might sound obvious, but if you have a secure home and love animals, but don’t see yourself living in Dunedin forever, fostering is a great option. Fostering is a great way to get a cuddle fix while also socialising an animal so they are ready for a forever home. Depending on who you foster through, you can get expenses covered for the animal, meaning that the biggest downside is spending all of your time keeping the animal company and comfortable. How awful. The only risk is that you’ll fall in love with the animal and adopt them (which is what I did, oops).

When I signed up, all I knew is that I would be getting felines. I didn’t know what age they would be, but knew that younger kittens would likely be more work, so when two three-month-old furballs rolled out of their boxes, I knew I was in for something. Obviously I fell in love with them, but I wanted to know how other students rated their experience.

Chloe has had animals her whole life, so moving out of her parents’ house was a weird transition. Even with flatmates she said that “the first couple of months in this house felt odd”. She began donating kitten food, saying “I’ve always loved animals, so I feel like I needed to do something to help out.” So, when a volunteer from Auckland-based Gutter Kitties suggested fostering, all she had to do was convince her partner.

She eventually signed up and took on four kittens. She considers her experience a “foster fail”, since she ended up adopting one of the four. However, she said that fostering kittens has made her flat feel “more like home”. Chloe said her partner wasn’t impressed at first since he allegedly hated cats, but has “slowly learned to love our foster fail, even if he’d never admit it”.

Despite this so-called fail, she highly recommends fostering to anyone else who has time to be at home. Which is probably all of us right now. “It is so rewarding to know you’re saving lives,” she said. She described passing on her foster kitties to forever homes like being a gift for both you and the family. “I had a lady cry with joy because I selected her to adopt one of the kittens - that really solidified it for me - I am actually making a slight difference in the world.”

Madison is another student fostering animals, alongside her partner. They are doing it through Crossed Paws, a Dunedin-based program, and began after their own cat passed away. “We weren’t ready to get another cat, but felt like we had the space in our home to give to cats or kittens that needed it,” she said. They’ve had six foster cats so far and have been taking on two at a time. Fostering cats in pairs is an advantage, so that the cats can have a buddy and learn to be comfortable around other animals.

They have been fostering for nearly three months, and weren’t really expecting to be fostering during the lockdown. Now that they have, though, Madison said “I think it was important in our routine, as you have to get up at a certain time to feed them, make sure they have a clean space, et cetera. Also, they’re not allowed outside so you spend a lot of time playing with and entertaining them.” That’s not to say fostering is without its challenges. “You can’t get away from them when they’re being really full on or annoying.”

Currently, Madison is fostering two kittens named Doc and Timmy, and sincerely recommends fostering. “All of their expenses are paid and you just get to hang with kittens all the time! I would say it’s the easiest volunteering you’d ever do.”

You also give an animal an even better shot at finding a permanent loving home, while getting some great pet therapy. “Being liked by an animal is a pretty cool feeling, and so is being able to work with young cats and turning them into loving, confident social house cats is pretty lovely.”

For those who aren’t able to foster animals, Critic spoke to Elliot, who has been fostering his flatmates’ weed plant, Skunky Blink Blink. “She’s calm and gentle and mostly likes napping in the sun and being left alone.”

“She [Skunky Blink Blink] is pretty low maintenance and we don’t spend that much time together, but we catch up most days for a drink… I honestly didn’t think she would last a week in the Dunedin cold but she’s stuck around this much. Whilst we haven’t really gotten much use of her, she’s fun to have around.”