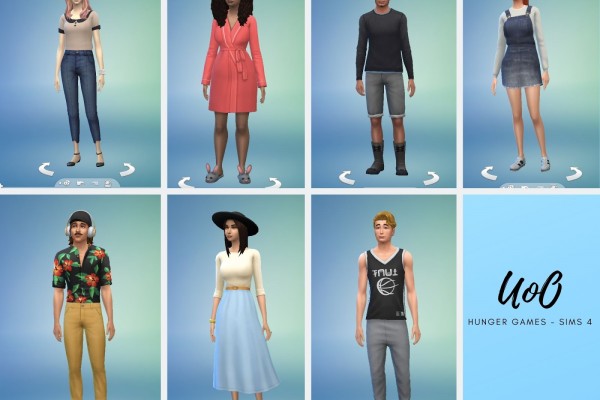 Sims 4 has made a resurgence during the lockdown. With no social interaction and nothing to do; what else will kill five hours in the blink of an eye?

Killing sims is a sport. I’m sure everyone with the game has tried it at least once, and it’s harder than it looks. But how about seeing which stereotypical student survives the longest in a house that is doomed from the start? No, not a flat on Leith, but close enough.

Of course there are so many different people who study at Otago, but a select few stereotypes volunteered as tribute. The Law student, the snooty type, bit of a hothead. The bitch who sleeps all day yet manages to fly by. The small town boy, gumboots on and a bit out of his depth but trying his best. The A+ student, studies all day yet somehow manages to have a perfect vitamin intake and colour coded notes. The breatha, you know the type. The arty girl who drinks coffee 24/7, will only buy from an op shop and is probably better than you in every way. And the sporty jock type, gym boy, bit of a playa, will definitely see him roaming Tinder.

A sims flat was thrown together, fit with a BBQ inside, an indoor pool, no privacy and two beds. A dance floor too! Absolutely spoilt. Except there were no bins or sinks to minimise cleanliness and maximise disgustingness. They had everything they needed, but I guess everything was still not enough to keep them alive.

Next up, to no one's surprise, the girl who sleeps too much. It was a given that her desire for sleep would be her downfall, and during her monthly workout in the pool, she unfortunately drowned. There was no hope from the start, but her passion is undeniable. RIP sleepy girl, you will be missed.

After the first two deaths, the remaining five sims took a painfully long time to cark it. After sims weeks passed and half the house was burnt down, the decision was made to remove everything they needed to survive for my own sanity, and see how long they last.

Of all the ways to die in this house, you would’ve thought someone would die of embarrassment following them pissing themselves all over the floor. Yet hunger was the culprit for them all. Country boy, perhaps from Te Puke of all places, was the first to starve to death of the remaining five. He collapsed in a puddle of piss, but to be fair, the whole floor was covered in piss. We were rooting for you country boy, we were all rooting for you.

Next up: the Law student. Her hotheaded-ness surprisingly didn’t kill her, but again, she died of hunger. Hunger for the rark or hunger for food? We will never know.

She could save her grades but couldn’t save herself. The A+ student starved to death, facing a burnt down kitchen. If only the fridge worked. Then maybe she could have sat her Physics exam like she dreamt of.

The arty girl was the last to starve. Surviving her protest journey against palm oil was more dangerous than living in that flat, but the determination wasn’t enough. Even though she was 100% better than all of us, perhaps without her, the rest of us will look better. Enjoy heaven, or maybe Buddha Stix - they’re both the same.

Against all odds, in the plot twist of the century, the breatha was victorious. Breatha’s were officially the most powerful and resilient people. His flat had a makeover fit with a spa bath, spa pool, and the best furnishings. He was rewarded with meal platters, a margarita, and a nice long bath. He sat on his new couch facing his flatmates who just weren’t good enough. He reflected on his life, feeling ‘very sad,’ and existed in loneliness. He had proven himself worthy… But at what cost?