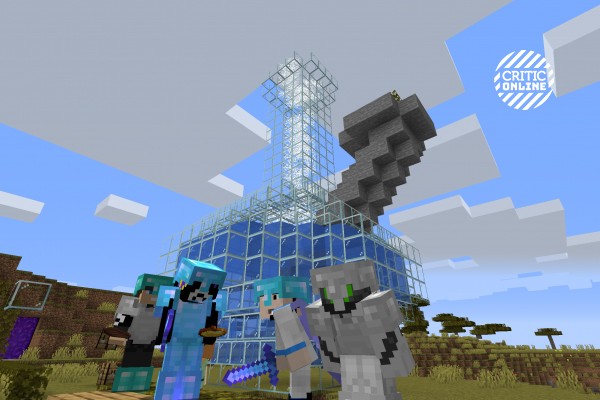 A Tale of Two Servers: UniCol and Locals

Good and evil. Light and dark. Yin and yang. Mine and craft.

There are few things in life more wondrous than the joy of sharing a beautiful blocky world with your friends. All the epic gamers who haven’t got the new Animal Crossing are spending their lockdown on Minecraft. This includes UniCol and Locals, who have both set up their own servers.

I set out to investigate the worlds they had built. What I found was tragedy, despair, and beauty. Here is a tale of two servers. 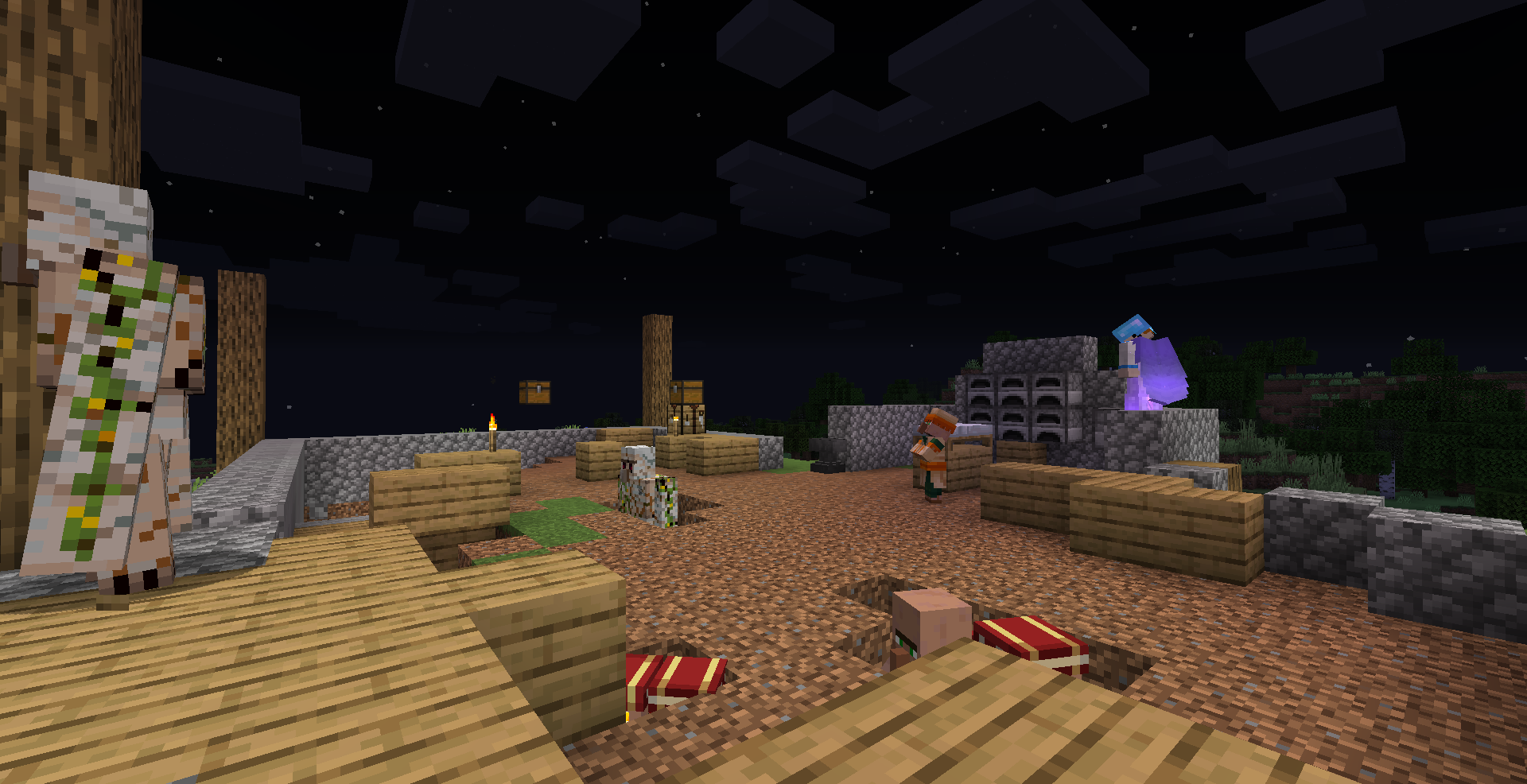 I stood in the ruins of what was once a fine oak wood mansion. Cobblestone lined the floors with accents of red netherrack. I was supposed to be having an interview with the owner of this household, however it seemed evident that the plan had changed.

I was meeting GhostDrake266, more commonly known as Nicolas. Nicolas is a resident at UniCol, and a regular player on the Minecraft server that was set up for UniCol residents to enjoy during the lockdown. Nicolas is also known as “the guy who killed the Ender Dragon”, a prestigious achievement, for sure.

Nicolas met me at the spawn point, donned in an impressive set of enchanted gear (a clear sign that I had picked the right man for the tour guide). However, as I looked around from atop the blocky mountain I had spawned, there was no sign of other players. Most servers have a designated spawn area that most people opt to build their homes by, for easy access to each other. But by Nicolas’ reaction to his freshly destroyed home, I had a feeling that UniCol’s server was no utopia.

Nicolas’s first house was supposed to be the first stop of the tour. There wasn’t much to see. We took a series of winding nether portals and arrived at his current house, which was also destroyed. Judging by his reaction, this home seemed to have been far grander. Nicolas began gathering his things. I stood to the side while I watched the sad scene play out before me and asked Nicolas some questions.

Nicolas told me that “most of the players are pretty fine” when it comes to playing fairly, however as I looked across the scorned remains of his home it was evident to me that some of the players were not “pretty fine”.

The server was apparently started by a UniCol staff member. If true, nobody seems to moderate the server anymore, and people are left to do what they like in this anarchical society. Unfortunately what some people want to do is fuck with other people’s shit.

To avoid this, every user’s build was located far away from anyone else, and hidden behind layers of hidden portals. Even with a tour guide I got lost several times.

Nicolas expressed his concerns over ‘griefing’, a term for the act of destroying or messing with other people’s Minecraft builds. There are plans to put the server on a whitelist to avoid anybody who is not a resident from getting in. “We are concerned the IP could get spread and griefers might come.” Which was a fair point considering the IP had been shared to me, a non-UniCol resident.

Nicolas said that the server is “another option out of the things we have at UniCol”, and that people also spend their days doing things like playing PlayStation, watching movies, or playing board games. “There’s one called photosynthesis that’s about growing trees. It’s surprisingly strategic and fun,” he said.

He said there were a few people who play on the server regularly, but “most people come on for a second then leave when they notice nobody is online”. In the evenings, the server has around eight players online at a time.

Our interview was cut short by a ghast who blew up our nether portal and set me on fire. After burning to death I decided it was time to take a look at the Locals server. 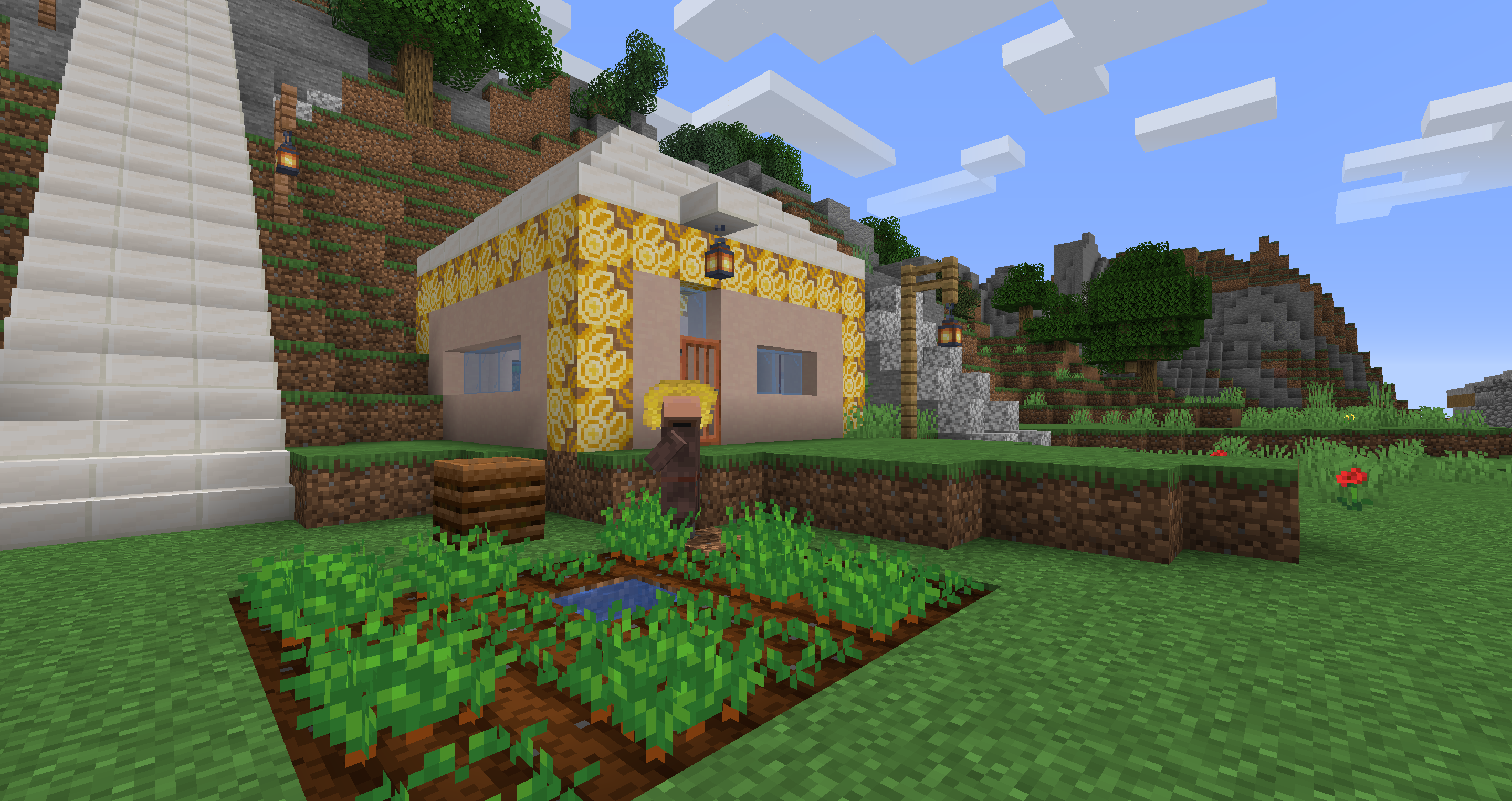 The Locals server is very new, but compared to the UniCol server, has all the hallmarks of a fledgling utopia. There was an actual spawn room for starters. Outside, well constructed farms were plotted around the land. Most notably, nothing was destroyed. I met a player there whose username was Veryrelaxedprune, but their name was Sam.

Sam said that they had “only started playing [Minecraft] during the lockdown”, and that it was a good atmosphere for a group like Locals. A few more new players joined while I was taking the tour. As a team, we spent the night getting repetitively killed by monsters. However as all of my current comrades were new to the server they couldn’t show me around or answer any questions.

I spoke to Maya Turner, who is actually the Deputy Head of Locals. She runs the server, alongside one of the other Locals leaders. Maya said that they havent had to impose any rules on the players yet, and that they “are kind of leaving it to see what happens”. She also said that “obviously we wouldn’t want any bullying”, and a “no destroying other people’s stuff” rule is being considered.

Their server is only a week old. I told Maya of the destruction I had seen on the UniCol server, and asked if she was worried her lovely little paradise would end up a lawless warzone as well. She said that “being new does help”, but she was hopeful. “People seem to be working together to do things, and we have a discord where they can all chat as well”. Maya then logged on to help build some infrastructure, which would stop new players like me from being killed throughout the night.

Maya and her players seemed to be having a great time. “We made it to help continue building a community and encouraging our students to play social games during isolation. We have a really diverse group of students so it won’t appeal to all of them but the number of them using the server is increasing every day” she said.

Some players on the Locals server made it clear that they had no intention of playing once the lockdown was over. However, over the span of a day a large amount of progress had been made, so I can’t imagine that they will all leave this paradise behind.

Later, drunk on the positivity of Locals’ utopia, I returned to UniCol’s dystopia. I had told Nicolas to invite other players on at a set time so we could take a screenshot together. Three players showed up wearing skins similar to fucking Nazi uniforms, so I told them to get out of the screenshot. Once we were done a bit of a fight broke out, and people started hacking at each other with their diamond swords. I decided to dip, content with my work. Two hours later I get a series of messages from Nicolas.

“Every build has been griefed”,

“This server has no moderation”.

I replied with a simple “whew lad”, and left them to their crumbling civilization.