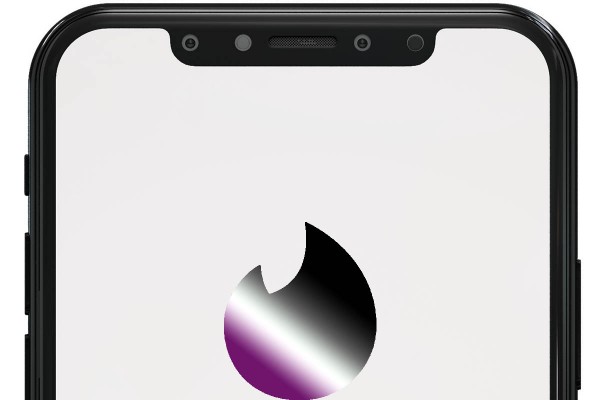 Asexuality is a sexuality; the A in LGBTQIA+. No, it doesn’t mean you reproduce with yourself, unlike what your year 9 biology might have you thinking. It means you don’t experience sexual attraction like most people do. It means you if you see a hot stud across the road, you might say ‘ooooosh daddy’ like anyone else – you just wouldn’t mount them on the spot if you had the chance.

Ana* said that whenever they are open about their sexuality, they are instantly shut down. “I’ve been told apps like Tinder aren’t for people like me,” Ana said. They also feel like a walking dictionary, being made to explain “over and over” what asexuality means. “It’s really emotionally draining,” they said, and there is no escaping it. If Ana isn’t upfront about their sexuality when meeting new people, “I internally shame myself for ‘leading someone on’… I’m convinced people are only interested in sex, and that being asexual is a turn off.”

Although they don’t feel pressured to have sex, they do wonder if it would be easier to date without being ace. “Sex is so present in our everyday lives, especially on a university campus…” Ana said.

Jo* feels the same, and said “It seems like so many people want sex straight away and I just can't deliver on that.” Jo is “terrified of doing things I don’t want to do in bed, so it's easier to stay away from dating so as to not disappoint anyone.”

Kat* has the same concern. They said some partners would frequently ask for sex, despite “knowing that I don’t want it. It is hard to not feel guilty when society has kinda told you that you should be everything for one person. I feel like I am missing part of the package.”

Sam* has dated non-ace people, but did not describe their partners as being as pushy as Kat’s. Sam said “it works the same as any other sort of dating,” but with the added “persistent worry” that their partner might feel like they are “missing out on something and become dissatisfied”. This is even despite all of their relationships being grounded in friendship and with the other party knowing their comfort levels before dating. Sam fears “being unfair on them”, even if their partner doesn’t say so.

What really gets Sam is when people think they can ask about their sex life, or ask if they feel like they are “missing out” or are “repressed”, or religious. This level of negative reinforcement has made Sam question their sexuality and relationships, as though maybe if they “found the right man” they would feel what they were ‘supposed’ to feel. Jo has felt the same pressure, and added that sex gets portrayed “as this wonderful event and imply that you're weird if you don't want to do it. That all gets internalised, so now I've got the whole ‘feeling like it's weird to be ace’ complex on top of wanting to do it just to get it over with. My word should be enough.”

“Just be kind to each other,” Sam lamented, “don’t assume things. Communication is a must in relationships … never agree to do something sexually that you're not comfortable with or feel you've been pressured into.” Sam reinforced the fact that asexuality doesn’t mean you don’t fuck – some aces may “find [sex] weird” but nevertheless “enjoy the intimacy of sex”.

Lee* has never dated a non-ace person. They said, “after I've explained my orientation I get an immediate "I don't think this will work out"… as soon as I bring up my sexuality things end. It’s frustrating. There are ways we could work around our different levels of attraction. For example, I would be okay with having an open or poly relationship, but sexual compatibility seems to be the deciding factor for most people when it comes to relationships, only offering love isn't enough.”

Both Ellen* and Sarah* agreed. Ellen said it is whack that society portrays relationships as needing to involve sex. “I also feel that it is expected of females to be having sex, especially at university,” she added. Sarah said she isolates herself from dating because of this expectation. “It feels unfair and leading-on to even bother,” she said. Kat believes we should “make non-sexual intimacy a thing. I love kissing, I love cuddles, I love massages, and skin to skin contact. It doesn't have to lead to sex. It is not a disappointment if it doesn't, just enjoy it for what it is.

Lee and others believe the lack of asexual representation beyond token characters – their asexuality often characterised as stemming from trauma – adds to misunderstanding what asexuality is, which then compounds into pressure from loved ones who think they are broken and need to be fixed. “I don't want to believe that people are being malicious for the sake of it,” Ana said, “what they say and think stems from ignorance surrounding asexuality. Representation is important… for people of all sexualities to better understand the ace spectrum and members of the ace community.