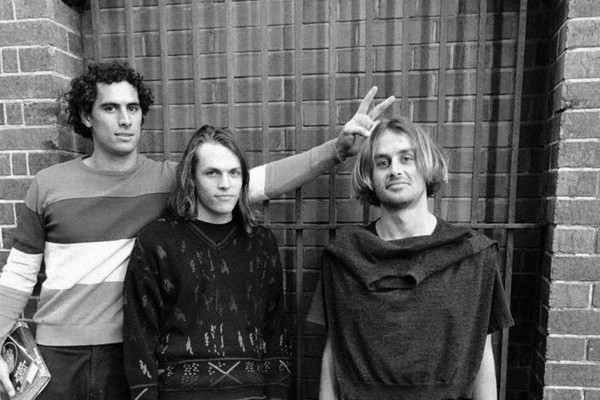 The band all grew up in Dunedin. How quaint. Semisi and Oscar went to John McGlashan while Hamish went to Otago Boys: “There was a bit of high school rivalry,” Oscar said.

Their hit song, Floating, has over 3 million streams on Spotify. I didn’t bother to check the stats on Apple Music because let’s face it, no one uses Apple Music. There was dead silence when asked how Dunedin influenced their music. I sunk into my chair. There was a flurry of apologies and the band was nice enough to humour me: “It’s a bit of a mix between the bite of the climate and the density of the buildings.” Oscar deadpans.

In a way, it makes sense that the musical dreamscape of Marlin’s drifts away from the drabness of concrete brutalism that our beloved city is weighed down by. Their lyrics are psychedelic, crafted with intrigue that dabbles on prophetic madness at times. In Mellow, the lyrics sing, “This is for the peanut lovers / sarcastic imbeciles / of the night.” In Danish Girl, “Oh he grabbed that Danish from her / spat on it, then gave it back.” Always quick to grab an inside scoop, Critic probed and discovered that the Danish in question was “an apricot custard Danish”. Personally I’m a cherry jam kind of gal, but I wasn’t willing to give up on my beanie-clad loves just yet.

The name Marlin’s Dreaming doesn’t stem from a Finding Nemo sex fantasy, much to my immense disappointment. Rather the name came to Semisi during a long flight: “We had the band but didn’t have the name. I was thinking ‘what even are band names?’ A lot of band names don’t make sense. I think I had the word Marlin somewhere and I had dreaming somewhere, paired with other words, but I was just seeing what words went together, and I remember when I clicked on Marlin’s Dreaming and it was just meant to be.”

The boys assured me that being in a band isn’t a ‘chick magnet’. “It feels like we’re really cool on stage, but then we spend 45 minutes packing up leads, so by the time we’re out the front we’re like ‘Guys!… Oh, shit.’ Everyone's left and we just end up drinking beer by ourselves,” Semisi said. I made a mental note to stay late for their show that night. For anyone rooting for my love life, you’ll be pleased to know that things got pretty hot and heavy with a chicken kebab at 2am. Marlin’s Dreaming rocked the stage though, with blue light draping over the guitar pulse. The crowd was gagging for it.

The band has just wrapped up opening alongside The Chills for Kirin J Callinan after sets in Auckland, Wellington, Dunedin and Christchurch. “Lot of late nights and no sleep, my left eye is doing a wee twitchy thing,” Oscar said.

What’s next for the trio? Well, they’ve recently recorded a new album, which they’ll probably drop next year, but you can expect a couple of singles before 2019 is up. They're touring Australia in November, and then "maybe a tour over the summer, a show on New Years somewhere that we’ll set up. Something for all the people that missed out on Rhythm and Vines, for the drunk hospo staff […] find a rooftop or something to play on." The band all nods enthusiastically: "That’s definitely the next step, find a rooftop."

Overall, Marlin’s Dreaming is straight up a good time. They’re more quirky than you can shake a stick n’ poke tattoo at, but down to earth in the way that only long-haired men can be. The next time you’re having a smoko with the lads, put on the latest EP, Talk On/Commic. Local indie music always helps give you a personality, trust me; this is coming from the girl who once paid $60 to see an Ed Sheeran impersonator. Every little bit helps.