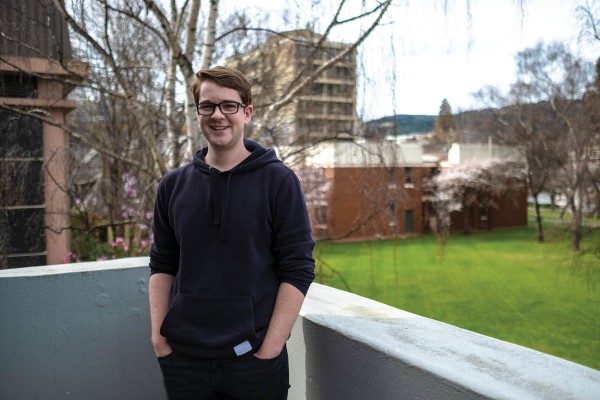 At first glance, Nathan Hollows appears to be just your average CompSci student, but underneath his mild mannered exterior lies the enterprising soul of an entrepreneur.

Nathan’s main creation is a website called “Nugget Watch,” which is “dedicated to your hearts deepest desires, if your hearts deepest desires are chicken nuggets”. In layman’s terms, Nugget Watch is an innovative website that helps people stay in the loop about where to get chicken nuggets for the best prices, be it a restaurant, takeaway, or café.  There’s also currently an app in development, which will point people in direction of the nearest best-priced nuggets.

However, getting to the actual nuggets will be easier said than done “The directions are ‘as the crow flies’, which is to say they’ll be in a straight line no matter what, even if it goes through a lake. Also it won’t tell you where you’re being taken; just find comfort in the knowledge that you will get good nuggets.”

As of now, Nugget Watch has nugget data on all the main food chains (McDonald’s, Wendy’s, Burger King, KFC) and in total has records for almost 500 stores. The future goal for Nugget Watch is to have data on all of the food establishments in New Zealand, and then the whole world.

Nathan was apparently inspired to create Nugget Watch by an annoying younger sibling who kept sending him random updates of the prices of chicken nuggets. At first he thought it nothing more than a nuisance, but then realised that he was probably one of the only people in NZ, or even the world, to have a catalogue of such valuable information. As a man of academia he knows all about how important it is to share your knowledge. “It’s just my civic duty,” he said. And it really is a lot of effort that he puts into this work. Almost 60 nuggets from almost ten different locations were consumed in the testing that led to creation of the Nugget Evaluation Chart. If you’re wondering exactly how you can quantify the worthiness of a nugget, the 5 official review points are as follows: Flavour, Mouth Feel, Coating, Sauces, and Overall Experience.

However Nathan is quickly working to expand the reach of his brainchild. OUNS (Otago University Nugget Society) is currently pending approval to be an affiliated OUSA club. You should definitely think about joining. Why? Members of the club will be invited to special formal dinners. He’s also planning to get official licensed merch, (including branded cutlery sets). Once OUNS is officially affiliated, there are plans to hold literary and sporting events like poetry nights, a nugget Olympics, nugget and spoon races, and so much more. “This will be the only sporting club at the OUSA that can guarantee weight gain.”

Nathan plans to go to the polytech to pursue culinary studies and see where Nugget Watch can take him. As the man himself states, “the secret to my success is that I’m dumb rich and full of dumb ideas.” Truly an inspiration for future generations.