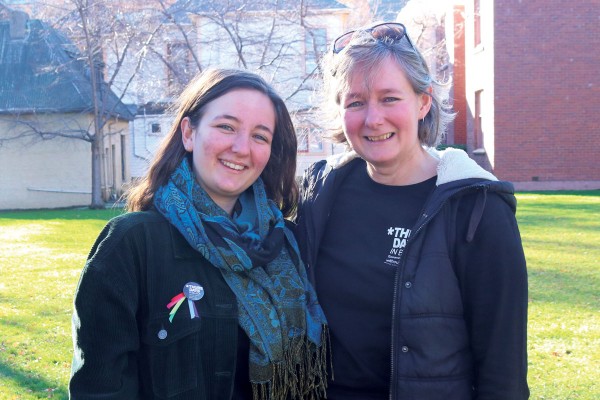 Why We Wear Black

How wearing a shirt can change attitudes

Thursdays in Black is an international campaign against sexual violence and standing up for survivors of sexual violence, whose stories are often swept under the rug because of shitty social conventions against talking about awful or awkward things. The campaign has been around since the ‘80s, but launched in New Zealand in 1994 by now-Member of Parliament Jan Logie, and highlights the particularly high rates of sexual violence on tertiary campuses.

In 2017, Thursdays in Black released ‘In Our Own Words’, a report on the experiences of students with sexual violence before and during tertiary education. 53 percent of respondents had experienced unwanted or unwelcome sexual behaviour, 49 percent suspected they knew someone who had been sexually assaulted, and 48 percent had heard or seen someone acting in a sexually violent or harassing way. Most survivors had been assaulted during their first year of tertiary education, though second year was a close runner-up.

Most people who see these statistics are shook, but it often takes coming to a Thursdays in Black stall to see these stats for the first time. That’s why the Thursdays in Black gang grind on campus with free tea and coffee stalls and events every other week. They don’t want to be a black cloud that people avoid, but something people can be brave enough to approach and become a part of. That’s why we wear black on a Thursday: for solidarity with survivors, to remind people to talk about consent and violence, and as a reminder that heavy issues are lighter when we work on them together.