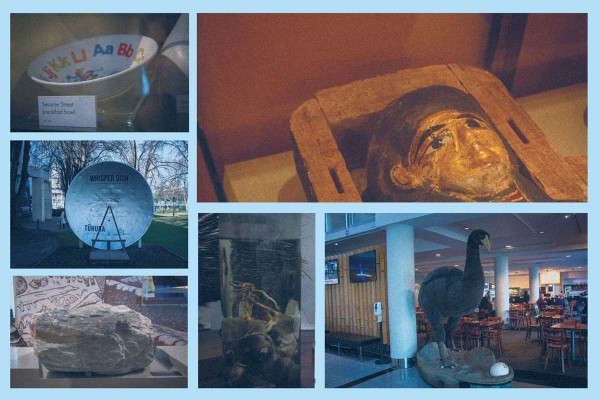 Nightmare at the Museum: a Comprehensive Guide of Items to Heist at Otago Museum

When I was a kid, I was terrified of the Otago Museum; the giant Moa that used to light up and make noises whenever you’d walk past or donate to it, the scary rotting taxidermy animal faces in Animal Attic, the dude covered in Puffer Fish skin, and even just the general dimly lit aura used to freak me the fuck out.

Ever since, I’ve had a personal vengeance against the Museum. I can’t really describe it, but all I know is that I just don’t trust it. There’re too many objects in there that hold their own secrets and special powers. Which is why I believe we need to heist them. In true Ben Stiller/Nicholas Cage fashion, this is a detailed guide of powerful objects at the Otago Museum and how to heist them. 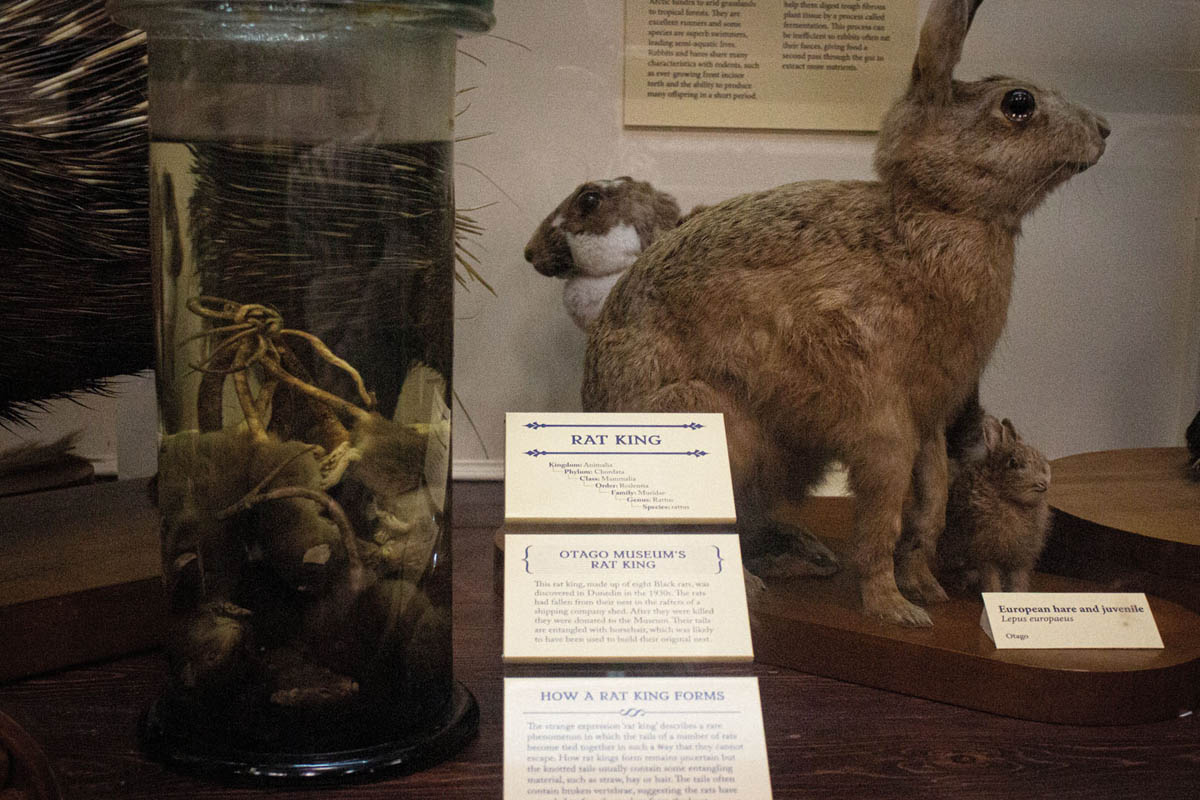 The most powerful hive mind known to man, the Otago Museum possesses the great deity known as the Rat King. Located in a glass jar with what looks like piss in it (can confirm post heist: actually piss), the Rat King is eight Rats whose tails were bound together. This Rat King is probably the most powerful object at the Museum. I mean, it has its own special mention on the Rat King Wikipedia page – so heisting this will be no easy feat. Possessing the Rat King unlocks a plethora of secret rodent powers.

Sneak into the Museum before it closes and pose as one of the taxidermy animals in Animal Attic. Make sure to stand really still and also decompose a little. Once you break out of the cabinet, drill a hole underneath the Rat King big enough to slip it out. Replace the Rat King with the second most powerful Rat King known to man – a statue of Remy from Ratatouille. No one will suspect a thing. 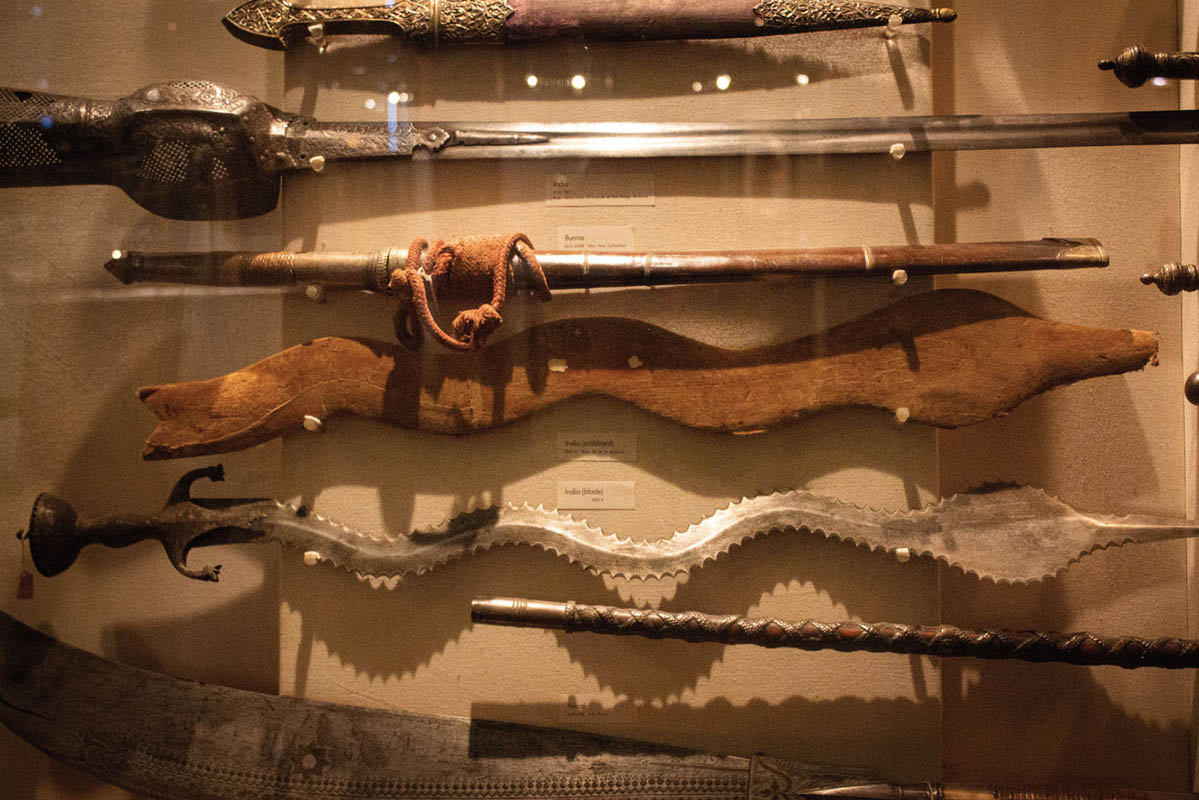 There’s a whole section in the “People of the World” portion of the Museum dedicated to some sick knives and swords. But one truly outshines the rest; this one squiggly knife that looks like it was cut with a pair of zig zag scissors. This is a great item to steal because it combines both fashion and functionality. Imagine pulling up to a one outz at the back of Maccas with this bad boy. If you’re gonna stab someone, you want it to be a fun and whimsical experience.

There is an air-vent located right above the knives. Climb through the ducts and lower yourself down carefully in true Kim Possible fashion. Smash the glass of the knife cabinet and hide it in your purpose-built squiggly knife holster. 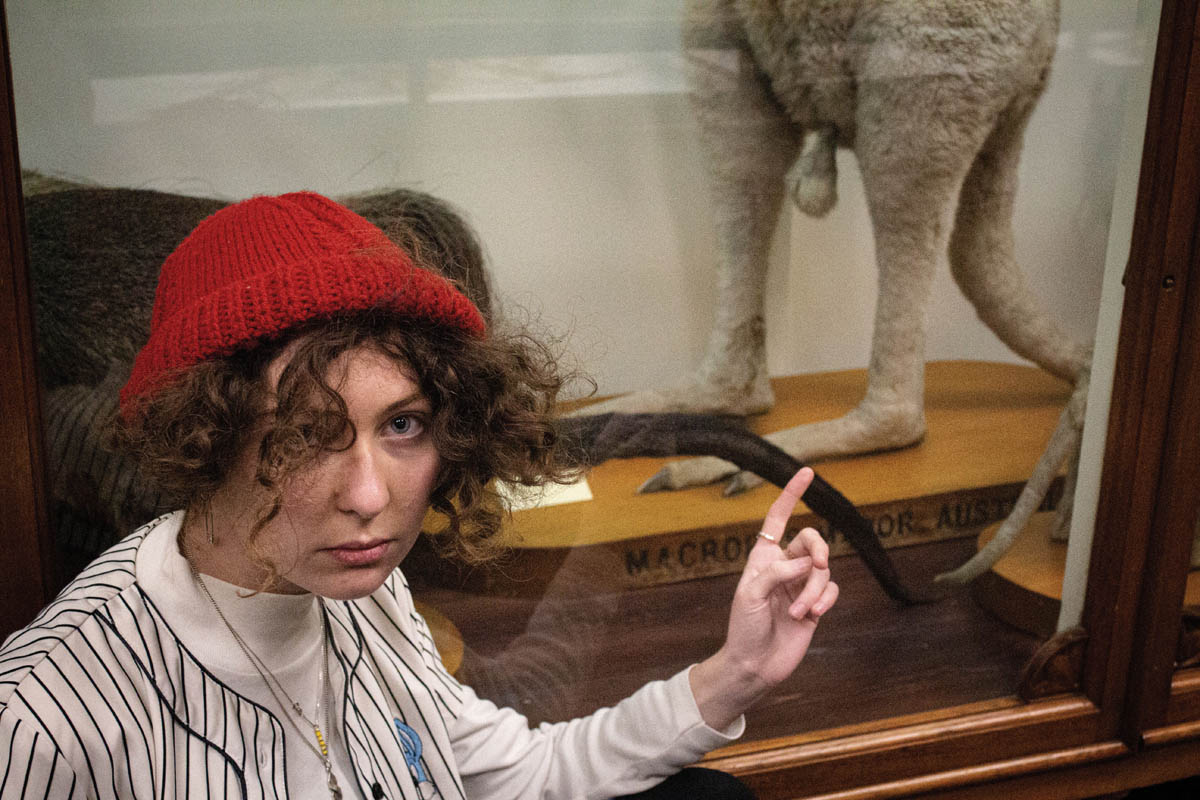 Ever since someone pointed out to me that one of the kangaroos in Animal Attic has a very prominent hanging ballsack, I haven’t been able to get it out of my head. It honestly haunts me. It’s just so… big. This kangaroo was definitely the biggest skuxx when it was alive, with balls like that he definitely would’ve fucked. Possessing this ballsack will be like being reincarnated as one of the greatest animal thots to ever rule the land.

Use your previously heisted squiggly knife to cut off just the ball-sack. The whole kangaroo is just excessive. Cut to the chase. 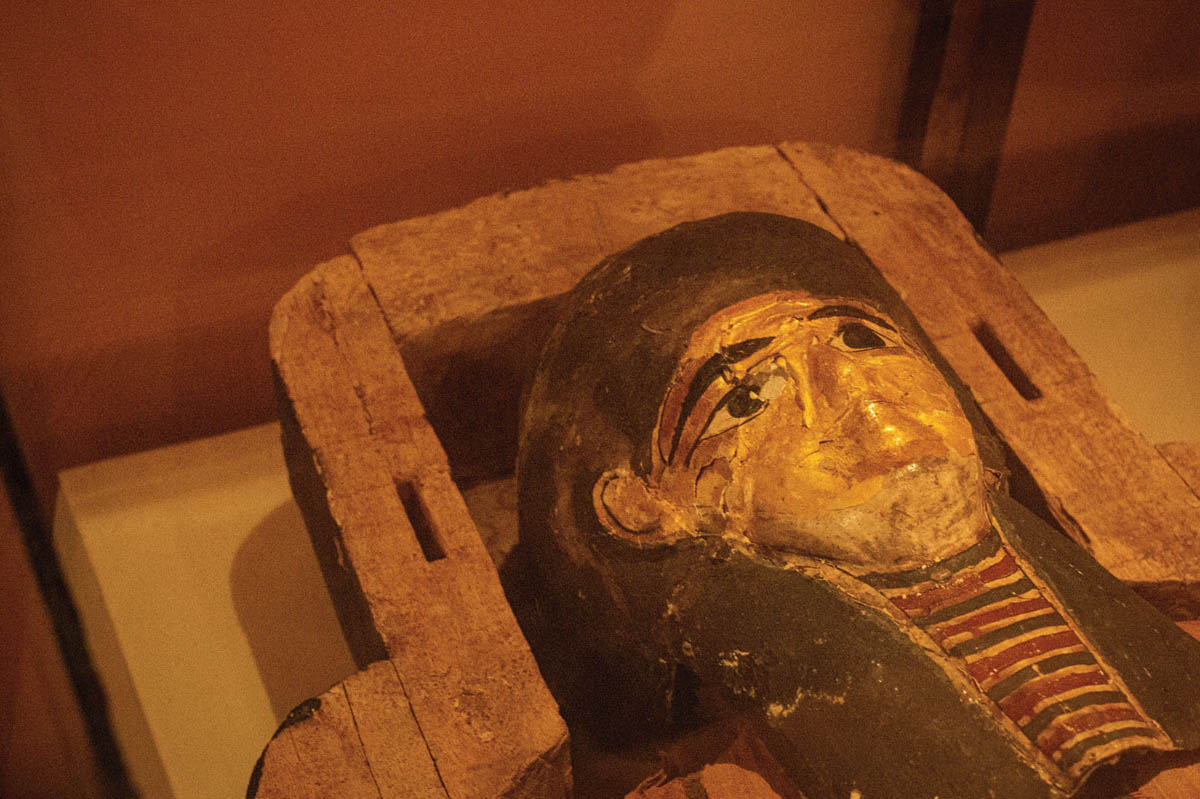 There’s a legit mummified corpse at the Museum, and that’s sick as fuck. Anything that’s had a trilogy of films featuring Brendon Fraser about it definitely earns its right to be stolen. I’m not sure of the origins of the mummy, but I mean it looks old and crusty. Why wouldn’t you want to steal it? Also it was already stolen from the Egyptians, so it’s more like liberation than theft.

Firstly, construct your own tomb and bring it with you. Next, convince one of your enemies to help you pull off this elaborate stunt. Once you make it into the Museum and remove the already existing mummy, replace it with your own hand-crafted tomb and chuck your enemy in there for authenticity. 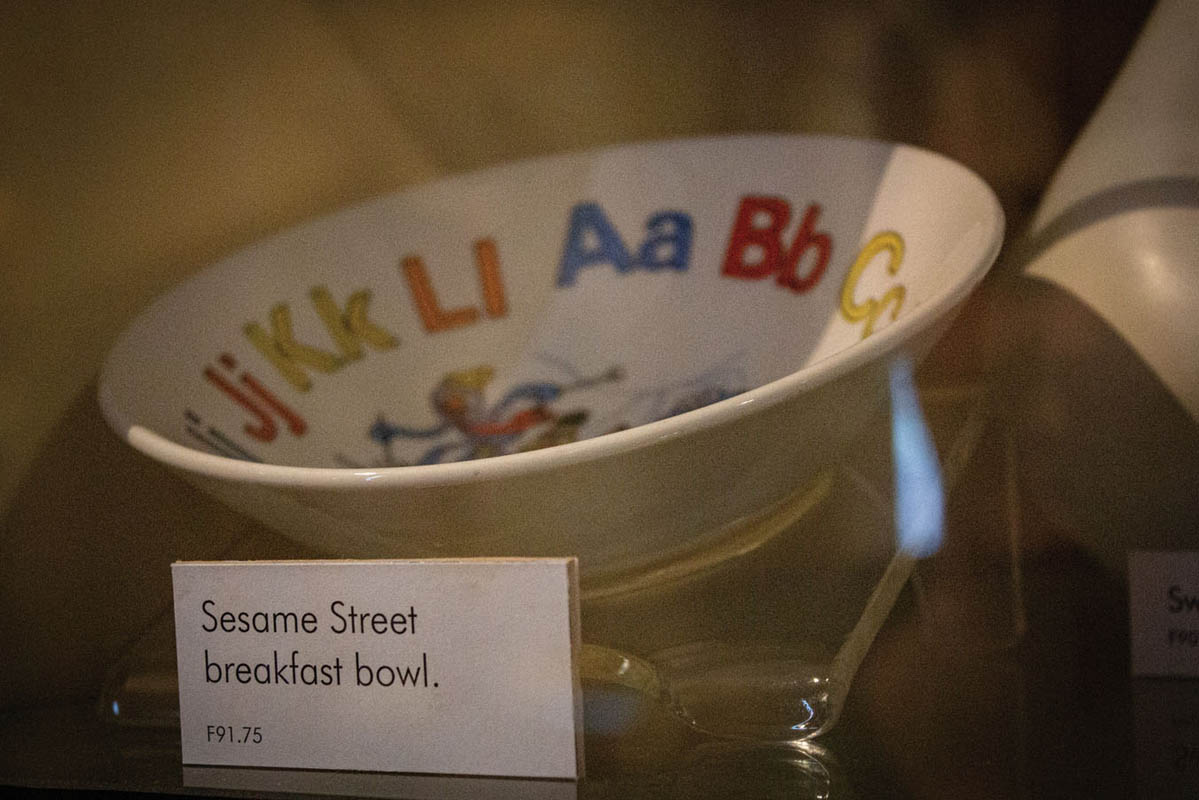 Okay, this is a pretty boring object. Or is it? You see, since this seems like a pretty normal artefact, it will be easy to steal since no one will notice it missing. Think of this like those compulsory training levels you have to complete in any video game. Once you’ve successfully stolen this bowl, then you can move into the big leagues. Also, it’s a pretty sick bowl to have your daily cereal in.

Literally just walk in and grab it. Like who gives a fuck at this point?

This One Big Ass Rock I Saw 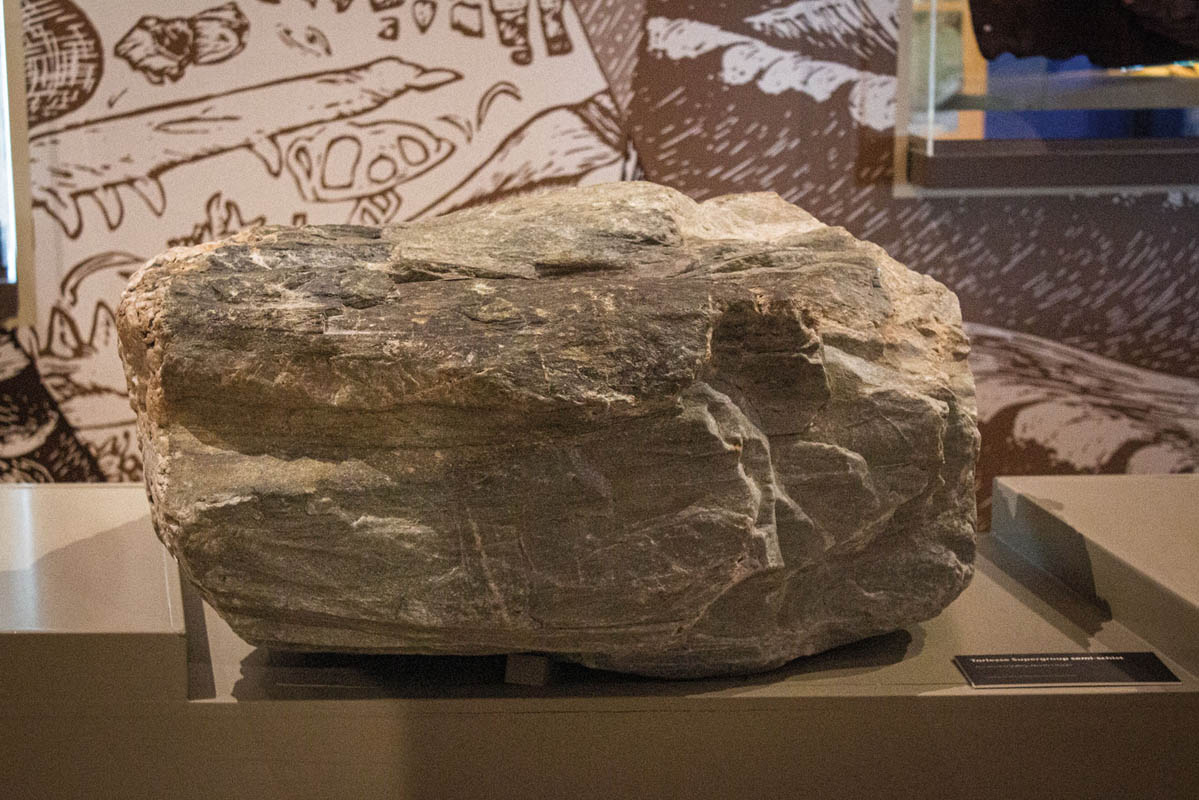 On a scale of one to Dwanye Johnston, this Rocks.

Hide in the Museum Café rubbish bin for the whole day. Fifteen minutes before closing, sneak out in full hi-vis and run up to the exhibit. Pretend that you’re doing restorations and you need to take the rock for full cleaning. Walk out, and they will never suspect a thing. 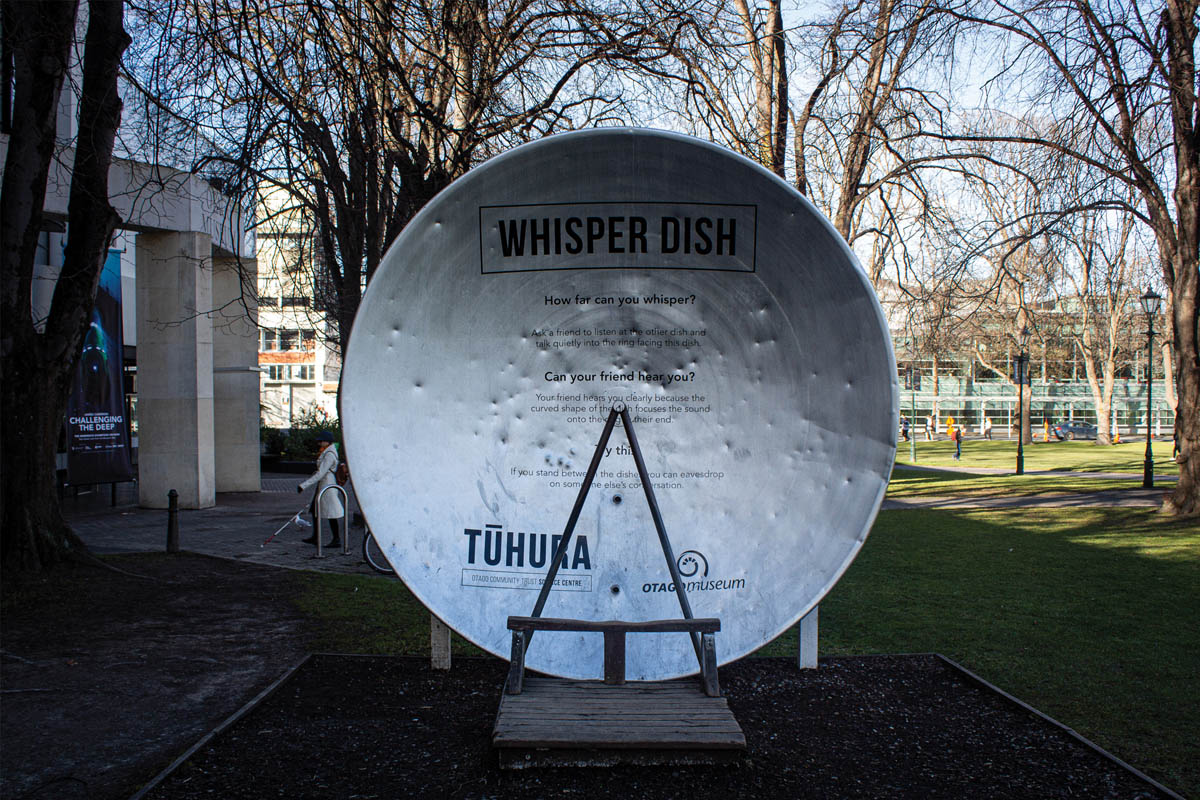 Whisper dishes are the shit. My small Arts degree brain does not understand how they work exactly, but all I know is that they are bundles of fun. These are beefy bois, so I feel like stealing both would just be plain ridiculous. Stealing one is an inconvenience more than anything, which is what you want from a heist. The only downside is that the police will probably be able to track you by using the whisper dish you left behind to spy on you. Throw them off the scent by doing a spot-on impression of the Mayor.

Steal Reachie McClaw and transport it down to the Museum Reserve. Literally pick it up and drag it away. If anyone questions you, just tell them that I said it was okay. 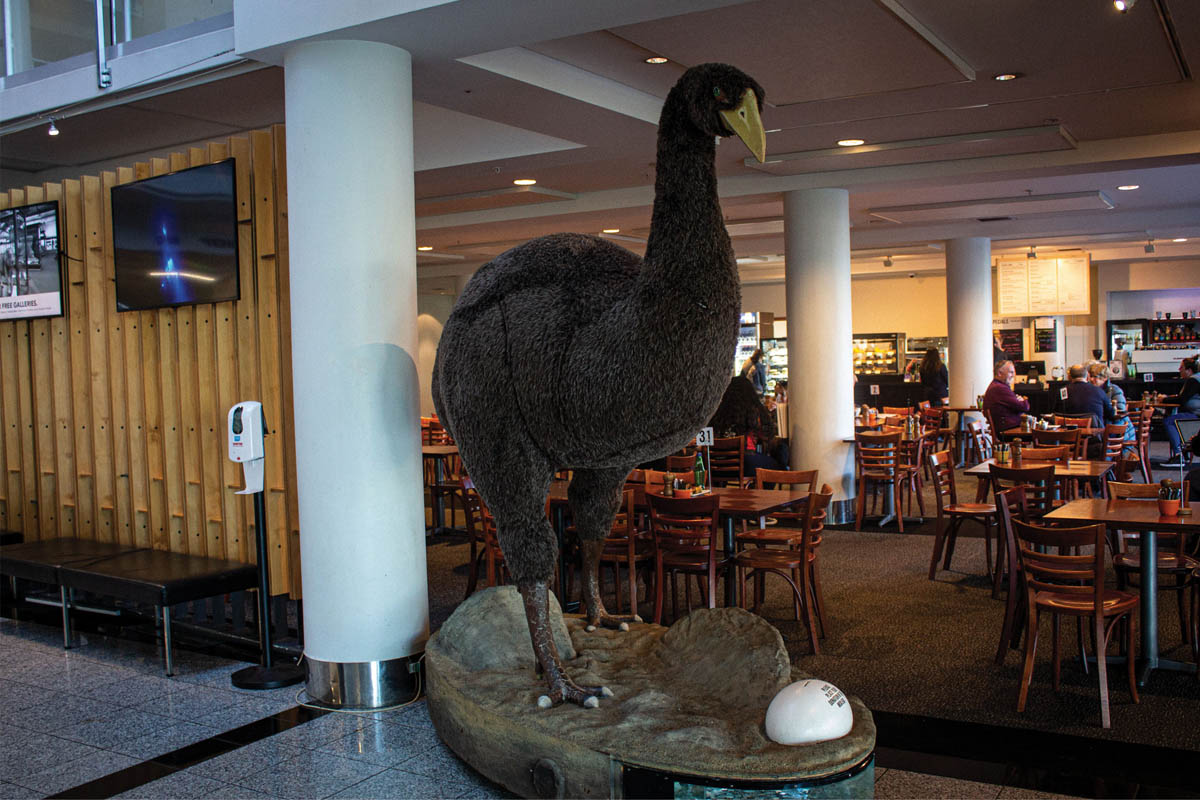 Go to Toffs and find yourself a second-hand Museum uniform. Create a fake identity for yourself. Work there for years. Get on the pay roll. Earn the trust and respect of all the Museum staff. Say that you’re a diligent worker who will stay late to help clean. Disable all the cameras. Signal for your Ocean’s Eleven-type gang to help you lift the moa through the skylight to the waiting helicopter. You will know all the back-ways and shortcuts to make your exit seamless. Never return again. Disappear without a trace.