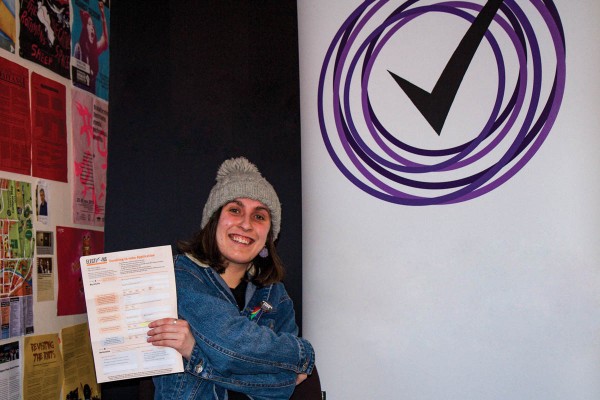 Laura Anderson found her passion in the most unusual of places, a university paper. While most of us slouch in the back of lectures on Facebook, or are even lucky if we attend the damn thing in the first place, Laura was busy listening and learning. Her 200-level politics paper about political parties and elections steamrolled into something much bigger than an essay or a grade. “Everything was group work, and then you start talking to people that are likeminded, that have the same kind of ideas”. Her and her peers “just realised that the things we’d been educated around at Uni, like voting and the Treaty and general policy should have probably been taught to us earlier in life, rather than us finding out about it after we were eligible to vote”. I’m lucky if anyone in my tutorial will even lend me a pen.

This mutual frustration flowered into the group Generation Vote. Generation Vote aims to “educate high schoolers about the importance of elections and voting and try to destigmatize involvement in politics”. After some initial trouble approaching high schools, this year Generation Vote ran a 7-week workshop at Otago Girls, where the students learnt about a variety of politics, even going so far as to run a mock election. Although let’s be real - if you’re an ACT voter, every election is a mock election. Laura’s proud of how far the group has come in such a short time, saying “you just realise that if you really want to change something, then starting with something small like Generation Vote is quite possibly the way to make change that you want to”. The group continues to go from strength to strength.

Laura really wants to get young people involved and active in politics: “It’s young people’s right. The opportunities are there; we should be taking those opportunities. If we were more aware of the decision makers we have, and how those people can influence every day life, we’d have a much more productive society.” If you have a younger sibling, or maybe you’re a Commerce boy dating a highschooler, make sure to involve them in chats about politics. Also tell them to use protection. But also the politics thing.

Laura herself is gearing up for what Critic predicts will be a very successful career in civic education. One to watch, if you will. She’s currently involved in part-time work for the electoral commission, POLSA, Generation Vote, and is completing a masters in Politics. If that sounds busy - you’re right (although that didn’t save Laura from nursing a small hangover during our interview). We stan a social queen. She’s set to continue with Generation Vote, with the electoral commission funding some of the upcoming workshops. If you want to get involved with Generation Vote, check out their at Facebook page ‘Otago Generation Vote’. It’s full of fun bits and opportunities to volunteer. You can meet the famous Laura herself, as well as the rest of the wonderful team. Voting has never been sexier.