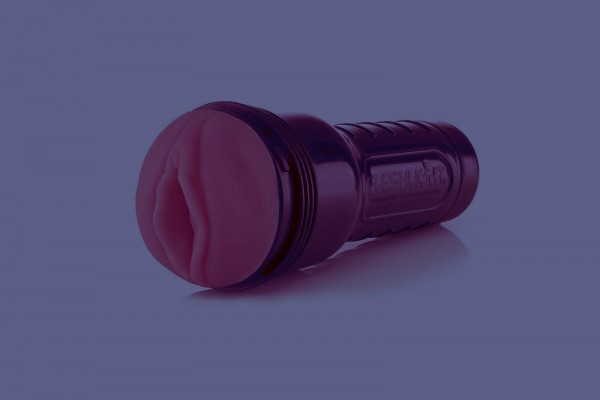 Yes, I said 34 minutes. That’s how long it took to shoot my load while fucking this stupid thing.

Don’t get me wrong. I’m not out here trying to act like I’m some stud. A cute girl looks at my dick and it’ll go off like Mentos in a Coke bottle. But damn… this Fleshlight is. Not. The. Move.

I’m a tried and true five finger veteran (at least 10 years of regular wanks on record), but this was my first time fucking a Fleshlight, and I was a bit stoked. Haven’t been with a girl in a while, and apparently people buy these things for a reason, so I figured hell, maybe there’s something to ‘em. This, I soon realized (sitting alone in my dark bedroom, moving the equivalent of a rubber sock back and forth on my dick) is not the case.

First off, the admin required to maintain this fucking thing is outrageous. You’ve gotta heat the thing up to get it to a desired body temperature (I skipped this part because… well, I just couldn’t fucking bring myself do go into the kitchen and sit there with a rubber dick sock soaking in warm water), then you have to spray lube down into the thing and all over your dick. After you fuck it, each time you have to clean it out thoroughly in the sink with a special Fleshlight Wash Cleaner, hang the thing out to dry, then use a Fleshlight Renewing Powder so the sleeve doesn’t deteriorate.

Jesus fucking Christ. In the time it’d take ya to do all that, you could’ve just downloaded Tinder, popped on a couple photoshopped pictures of your abs, and gotten the real thing.

Also, part of the pleasure of jacking off (I realized while fucking this fleshlight) is feeling yourself. It’s a singular exercise, right? So feeling your own dick, the quivering, pulsating shaft, wrinkled ballsack, smooth head, that’s the shit that makes the magic happen. Sorry to the incels and whackjobs that actually pay for this Fleshlight shit, but holding a massive piece of plastic over your crotch and moving it back and forth just doesn’t cut it.

I don’t like to pass judgement on people. But stick to the natural wank, boys. If you fuck that plastic shit, you’re only making a depressing life worse. Mic drop.