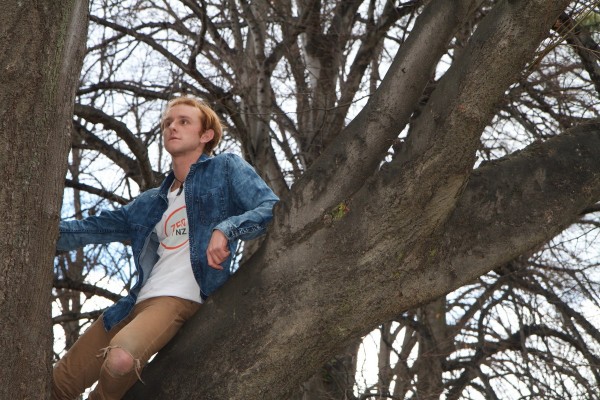 Creating change and empowering others to do the same has been a key theme in Adam Currie’s life. Growing up in Nelson passionate about environmental issues, Adam moved to Dunedin for university. While also studying a mixture of politics and art, he is busy working as the co-convenor for Generation Zero Dunedin, and Zero Carbon Act convenor for Dunedin, as well as part of other environmental groups around Dunedin.

Generation Zero is an organisation established by young people who want to make positive environmental change. For Dunedin specifically, the goal is to account for the underrepresentation of a youth voice on the Dunedin City Council, and create a future focused on sustainability and improving existing infrastructure. The Zero Carbon Act is an act that is driving meaningful climate change action in New Zealand, to try and make New Zealand zero carbon by 2050 or sooner.

For Adam, being involved with environmental activism is something very dear to him. “This is important to me so the future isn’t shit. I think we have a responsibility as much as anything else. I want to try and empower others to collectively make positive change.” Working on a local level, Generation Zero is working to try and make Dunedin a more sustainable city. “We’re working on a big George St redesign, which is in planning at the moment but it’s really cool. We’re trying to make it pedestrian and mobility friendly so people with disabilities can access the inner city. We’re locally trying to get the Dunedin branches of banks to write to their national bank to stop using and condoning fossil fuels.”

While doing activist work does have its rewards, there are times when it becomes difficult. “It does get busy and hard, but it’s optional. The thing about Dunedin, and the reason that I’m so involved, is that there are all these people who are passionate to do stuff, and they all end up doing things for different organisations. We’re trying to get all the groups to unify and work together as we can achieve more.”

The main thing Adam is trying to push is that everyone has a voice when it comes to making change. “You have a place to create a mode of change, your opinion is valuable, and every single person has power. Every person that writes a submission; the council has to read it. The system thrives off making us feel disenfranchised, and thrives off uni students feeling like we have no power, but we do. When we say something and by doing things, other people will think “oh yeah I can do that too”. And by one person doing that, it empowers others. It’s also a privilege. If you have the ability to say something and make a difference, then you have to do that for those who aren’t able too.” Especially with groups like Generation Zero, there is a large community and family feel that is highly rewarding. As Adam says, “It’s like a family; everyone is there for each other. The school strikes for climate change was a massively emotional day for all of us, and we came back and cried together, it was this family that cares about the same things you care about.”

In his spare time, Adam enjoys playing music, tramping, and generally being outdoors. “I like getting out of Dunedin and getting out of the North Dunedin bubble. I do love the bubble, but sometimes you get isolated and stuck inside it.” Once finishing his degree, he hopes to work for an NGO of some sort and create positive change. But for now, Adam hopes to keep encouraging everyone - especially students - to be the change we need. “I feel like everyday you see new people come in and do really cool stuff and it’s so heart-warming. It’s amazing seeing people get involved and get empowered.”