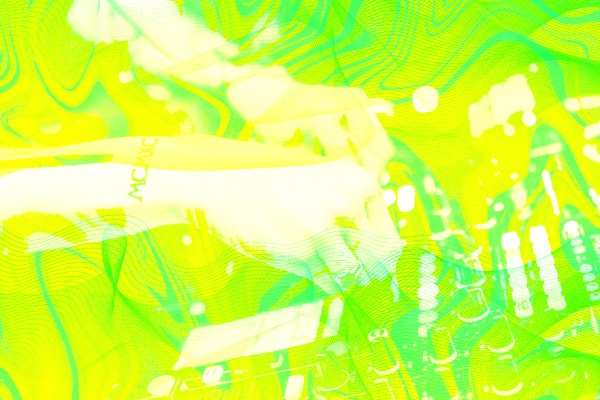 Critic Reviews Drum and Bass Gigs That Are Yet to Happen

Christchurch and Dunedin have two intense rivalries dominated by sweaty men: that sports one, and then the one for the title of New Zealand’s Drum and Bass Capital. While nothing will quite match the vibe from hooning down the Four Avenues at 130kph (as I pour one out for FUSION Car Audio), I’ve cranked out Critic’s time machine and reviewed some local gigs happening over this month.

This show happened during the temporal limbo where Critic has gone to print but hasn’t been printed. If you ask nicely, I’ll show you the entire show I recorded on Snapchat.

The Merriam-Webster dictionary defines Friction as the rubbing of one body against another. Sounds about right. Host of the Radio One* weekly Drum & Bass show for six years, Friction makes his return to New Zealand’s shores after his last stint headlining Rhythm and Vines.

The show started out nicely with an opening set from Dislocate, foreshadowing the moment later in the night where someone dislocated their knee in the mosh.

Shit cranked up from 0 to 100 real quick when the crowd migrated from the COMSA Wine and Cheese, turning the crowd from regular breathas to advanced breathas.

Friction slid on stage just after 10, starting with some gentle foreplay before belting out his remix of the MLG Airhorn Anthem (Ultrafunk).

The vibe was robust until some people took the reggae undertones of Mad in the Jungle too far, and cracked out a naughty cigarette. Bouncers don’t tend to appreciate that.

Creatures of the night included the guy laying down in the mosh pit to smash out a vape, the two girls discussing their sex life at the bottom of the Critic staircase, and everyone who said the phrase “fuck, this is good gear bro.”

All up, the show provided some heavy crungus, and when the crowd filtered out, I made my way to the Critic office where my co-workers described me as quote “an annoying prick”.

This Kiwi duo have been tearing it up since the early 2000s, and they’re only getting stronger and stronger.

While Friday’s tour is for the SWEEPER/DISORDER EP which came out in March, last week’s Boogers/Wubplate EP release gives us a more apt description of this gig’s vibe – bodily fluids and a big plate of wubs.

I arrived at Catacombs relatively early, and spent juuuuuust enough time playing with the lasers on the staircase before security paid attention.

Support was strong and included another performance from Dislocate, although that poor bastard in the crowd really needs to put on a knee brace the next time they go out.

Once the early acts finished up, the sound system begun to fill the bar with a brooding drum, as The Upbeats smashed out the track Dustup.

Highlights included the classical polka influences from the track Shibuya Pet Store, the snowboarding compilation music from Gnar, and the big dirty stinking bass, which never relented throughout the night.

The show couldn’t have ended on a stronger note; tears of pure emotion were shed as the crowd belted out the chorus to Say Go.

If you missed out on State of Mind performing at Catacombs last Friday, missing out on The Upbeats would be a horrendous disservice to New Zealand Music Month.

Belgium has given the world a lot to be grateful for - smooth beers, chocolates, the European Parliament, and Alix Perez.

No matter your preference, Alix Perez has a wide variety of styles to satisfy the ol’ nostrils of the ear.

An audience member came prepared with their knee brace, but fell victim to the Catacombs staircase in a tragic turn of events.

More liquid tracks such as Floating and Crooklyn provided the crowd some Lo-Fi Chill Buzzy Beats to Study To in the lead up to exam season.

My edgy nihilist phase was reignited with the skanky rap collabs Monolith and Villains 1 Heroes 0 (it’s not a phase, Mum).

Finally, some more dissociative chunes like Last Rites and Haunted rounded out the night with sounds like BWAAAaaaaaCHwhuwhuwhuwhu.

All up it was a solid state of affairs, tarnished only by the drunk dude next to me who would not stop chanting “STEVE AOKI ON THE DECKS”.

Vibe: Evacuating the contents of my stomach – liquid but chunky.

*BBC Radio One, and in all honesty, RDU’s Drum and Bass coverage is probably the only weapon Christchurch has in this war. If you would like to start a Drum and Bass segment on Radio One, contact tom@r1.co.nz