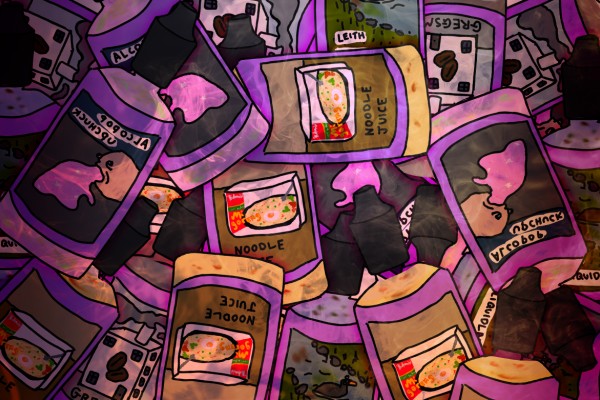 Thank You For Not Smoking: University of Otago Inspired Vape Flavours

We’re back with yet another vape article. Honestly, vaping is my favourite past time at the moment. When I was an avid smoker I thought I’d never be caught dead ripping a phat vape. But I’ve seen the light of day; now you’ll never catch me without my Smok Novo in hand. Vaping is just so easy and inconspicuous, plus it tastes so bloody good. However, Otago Uni doesn’t really think vaping is all that neat – and I’m here to change that. As self-proclaimed Vape God of Central, I propose that the University of Otago should start selling their own customized vape flavours. These vape flavours are not just a taste and a smell, but rather an immersive experience of what it’s like to be on campus.

I mean the factory churns out so much smoke it’s like you’re vaping coffee anyway.

The taste of uncomfortable bodily fluids from the mosh and the sweat from the ceiling; really smells like teen spirit.

Contains hints of being compared to your siblings, with a touch of the guilt from not passing UMAT.

Evokes a sense of authority from being accepted into Med and having to tell everyone you meet.

Contains a strange dank musk and the constant need to fight a lecturer in the middle of class.

Tastes of the day before StudyLink comes through, with an aromatic hint of asking your parents for food money.

Flavour notes of an overwhelming sense of power with a little hint of ginger.

A powerful tang that lingers for days and infects everything it touches.

The Person Sitting Next to You in the Library

Flavour notes of noticing them uncomfortably looking at your work and a slight hint of spray deodorant.

Aromatic hints of going to a dusty Castle Street party and somehow losing your phone, cards and keys.

Brings to life the sense of anxiety, adrenaline, and arousal that comes from being asked a question in a lecture.

You can really taste the three-day-old Rothman Blues and the proclamation that smoking is okay because they’ve been drinking.