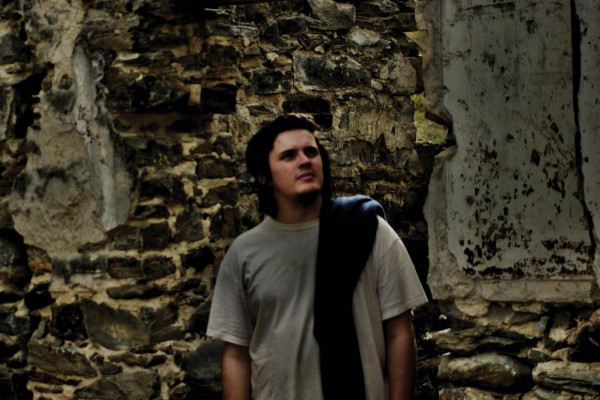 The first time I saw King REX play live was at Inch Bar. The thing about Inch Bar is that I haven’t been to many good gigs there. Most of my memories of the venue are of sitting around, bored out of my mind, as greying men pluck away at ukuleles haphazardly and beat congas halfheartedly. King REX was in another realm. It sounded good, like a molten pancake of compressed air being squeezed therapeutically into my eardrums.

I had arrived late, expecting the worst. I wedged myself into the weird stage room, between the barstools nailed to the floor and the kegs. The tiny stage was crowded. Two raucous guitars, two sets of vocals, a bass player, a synth and some really, really loud drums. The bass amp fell off the stage halfway through the set and had to be propped up awkwardly between the wall and speaker.

Everybody onstage was completely out of sync and doing their own thing. Yet it all seemed to match up in a perfectly harmonious wave of pure racket and guitar feedback. It was the best kind of gig. Surprising and transcendental. “That was fully cooked,” I remember saying.  “Yup,” someone replied, “straight out the oven”.

The new EP, Styx River, by King REX sounds nothing like that gig. Rob Wilkinson (The Rothmans) is the brain behind King REX. The recorded version of the band is largely a solo affair, with darkly slanted Casiotones peppered with layers of delay replacing a howling sheen of feedback. In contrast to the chaotic volume of the live show, it is the subtleties and restraint which stand out.

Rob told Critic, “I feel like if I was [playing live] what I did on the recording it would be quite boring to watch. Listening to it, I think it sounds nice.” Indeed, the vibe of the EP, for all its woozy and ostensibly down-buzz parameters, is bursting with a chirpy country charm that lurks just below the reverb.

Rob’s central inspiration for King REX is God, alongside chess, World of Warcraft, and Hank Williams. He said that he chose the name to reflect his piety. “Rex means ‘king’ so the name is kind of like ‘king of kings’”. The goal of the King REX is to “bring the word of God to the Christian rock community, and the Christian indie-rock community”. Despite having lofty goals for the Christian rock scene in Dunedin, Rob is intending to move to Bristol midyear with The Rothmans for a change of scene. He still intends to keep working on King REX in the meantime, with another EP in the pipeline and the potential for more live shows on the horizon.