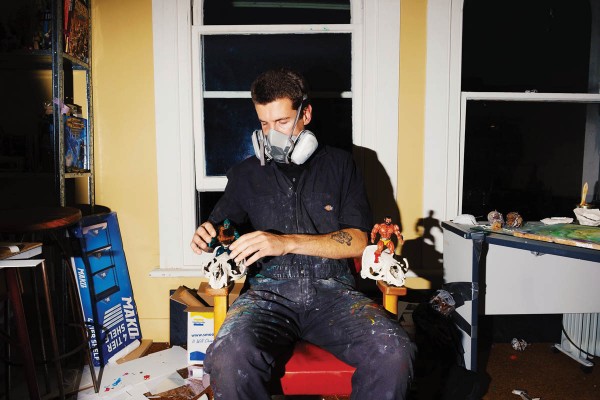 Abram Hunter has always been drawn to sci-fi and fantasy, and has been a collector of toys and action figures his whole life. But being a collector while studying is no cheap thrill, given the amount of money that figures can cost. He was at a crossroads. “Do I want to be one of those dudes who fills out a whole man cave with action figures, or do I want to do something with it? I thought ‘fuck it, might as well smash some up and make rip offs.’”

Under the name Too Ruff Too Tuff, Abram started to make his own bootleg toys out of his parents’ basement in 2017. Now after making over 100 toys, Abram has his own studio space, and an upcoming exhibition of his products.

“Pop culture like Star Wars and comic books were my first proper love; it’s all shared nostalgia and that’s communicated in material culture. I like doing it, I’ve always wanted to do it, and once I knew you could that’s when I got really motivated.” By using parts of other toys to create his own, Abram creates subversive toys that twist recognised nostalgia and pop culture. Abram was able to find out the proper techniques to create his own toys online. “I always knew there were people making bootleg toys, so I kept my eye out for particular creators. I realised I could do it better than some of the people making them. So I learnt how to make moulds from Instagram and jewellers.” 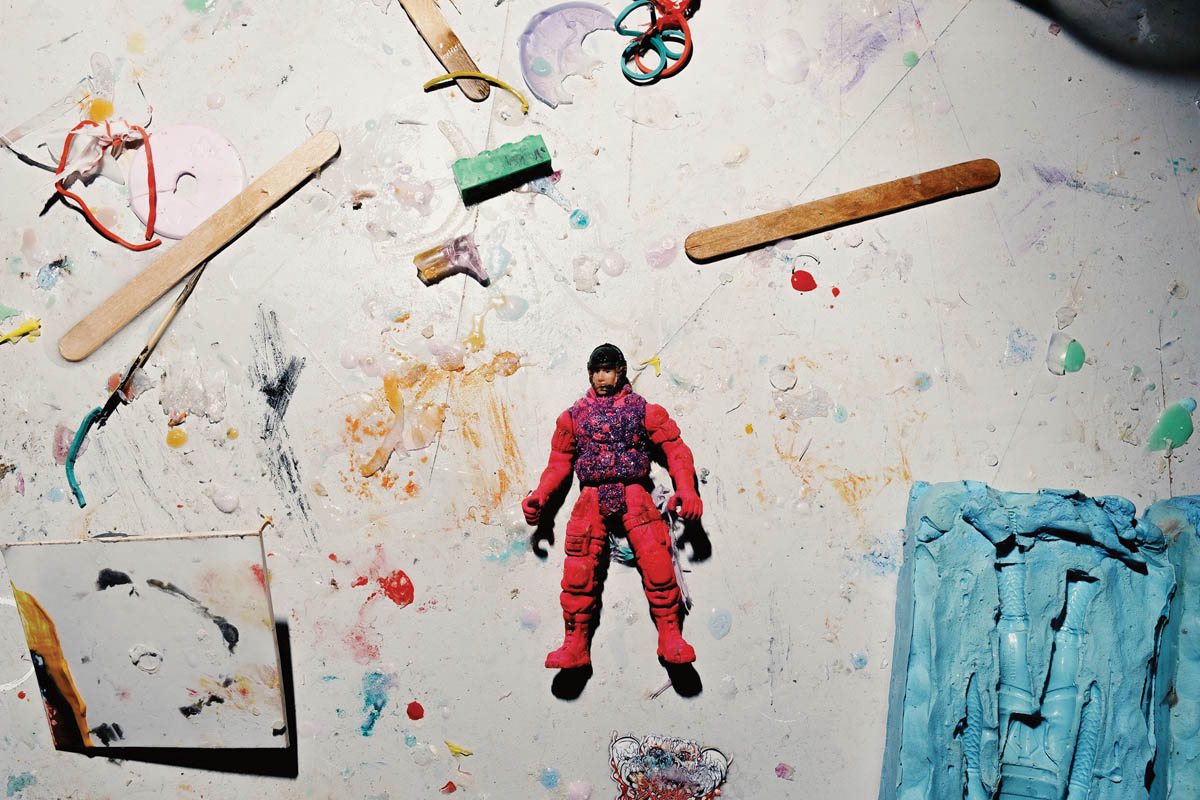 Although it has been a long process with a lot of refining, Abram’s toy making skills have grown exponentially. Each toy is made with a silicone and resin mixture for the mould, and finished with hand-painted detailing and self-designed packaging. His toys have grown from being simply moulded derivates of other toys to original detailed toys with moving and detachable parts. But to Abram the most important part of each toy is its backstory. “I really like the idea of a backstory and I try to describe it through the packaging and using quotes on my Instagram. This is my way of telling a fucked up story, with the end goal to make a world which they all exist in.” Each toy is interconnected with the others; they’re all fighting on a tranquil planet, within a universe Abram and a childhood friend created in intermediate.

Some of Abram’s most recent works include “Single Wolf Dad,” “Void Viper,” and “The Robot That Could Not Love”. These works were featured in the [In]Action Figure 7 exhibition at the Clutter Gallery in New York, after Abram was approached by fellow toy makers through Instagram. “The aim of the exhibition was to elevate pop art, street art and bootleg toy making into an art form, and making some money and respect. It was such a crazy experience.” Now, Abram is hosting his own show at the XXX/YYY gallery here in Dunedin, which is still a hard concept for him to grasp. “For ages I haven’t thought of it as art, but now it’s weird that I’m having an art show; it’s gotten ahead of itself. My family are all artists, and it’s cool I get to be a part of this in my own way. I mean, how are my toys different to a sculpture? But in saying that, I don’t classify myself an artist.”

For Abram, the future holds making more bootleg toys, as well as his own originals. But at the end of the day, the joy in toy making lies in the nostalgia. “I wasn’t alive when most of these toys came out, but I receive most of that nostalgia. It’s not my nostalgia, but these are mine and they didn’t exist without me. I’m engaging with a vague idea of what someone else’s nostalgia was.”

“At the end of the day I want to tell a story with them all. In the long run I take it quite seriously, but now it’s about the fun. I want everyone to have a good time”.

You can see Abram’s toys and purchase them at his show Astral Assault at XXX/YYY gallery, on 407 Princes St from Sunday the 31st. Otherwise, you can follow Abram on Instagram at @too_ruff_too_tuff_.