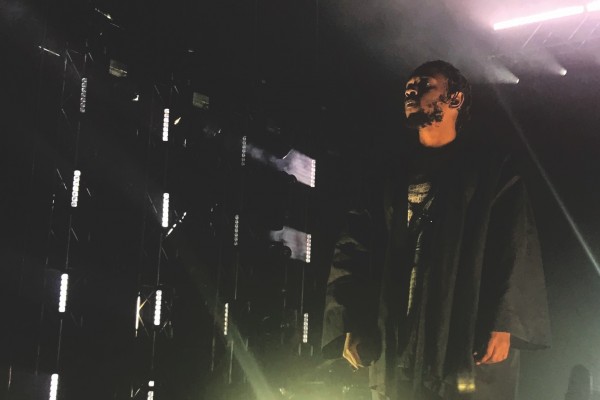 I have seen God.

Kung Fu Kenny took Dunedin by STORM on Tuesday in his huge Damn tour concert at Forsyth Barr Stadium. At 16,000, it was the largest crowd for a Pulitzer Prize winner in New Zealand history (narrowly pipping Carl Bernstein of the Washington Post).

We’d all been waiting for the event ever since it was announced just a few months ago, and it was worth the anticipation. I didn’t plan on getting particularly drunk for the concert, but that plan was ruined after a friend of a guest in our flat kept using the ‘N’ word and refused to listen to our exasperated sighs of

After a sloppy attempt at a history lesson and some more exasperated ranting, the Diesels were unavoidable.

We made it to the concert 20 mins before SiR came on, and as soon as his little hooded body popped up on the distant stage, the crowd surged forward and we were wedged for all eternity in the sweaty body of weeping girls and tall, incredibly obnoxious lads.

Regardless, Kendrick played all the greats (gutted there was nothing from Untitled but you can’t have it all).

Highlights for me were: Humble (he did it twice YES), King Kunta (obvs), Collard Greens, and Backstreet Freestyle. Special shout out to Kendrick’s sweet lil facial expression when the backing track for LUST fucked up.

Eventually some very tall man waded past us, elbowing me in the ribs, screaming about how he had to get to the front because Kendrick wanted him to spit his own “sweet, sweet bars”. I don't think Kenny did. But around that point I was over the human sweat sandwich anyway, so moved to the back where there was actually a better view. Here I had a boogie with myself and screamed the lyrics of M.A.A.D City, then had a happy, therapeutic cry to All The Stars.

Overall, I am a happy chappy. It was exactly what I expected from a Pulitzer Prize winner, rapping superstar’s concert. The good, the bad, the ugly, and the overall black beauty.