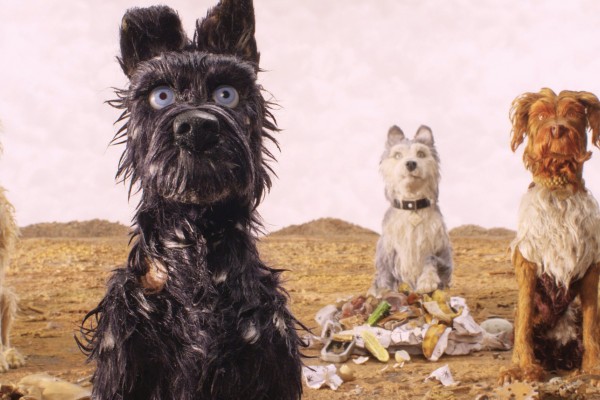 I was excited to see Wes Anderson’s new film Isle of Dogs. I am a fan of Moonrise Kingdom, The Grand Budapest Hotel, Fantastic Mr. Foxand Rushmore. I love dogs and thought the film’s premise about how far we’ll go to protect our dog companions sounded cute. I knew ‘cultural appropriation’ was swirling in the film’s reviews, but I wanted to see for myself.

Isle of Dogs was far worse than I expected.

Isle of Dogsis set in a futuristic Japanese prefecture where a cat-loving dynasty have exiled dogs to ‘Trash Island’ by engineering an epidemic of ‘snout fever’. A young boy named Atari flies to the island to find his dog Spots while an American exchange student named Tracy Walker investigates the conspiracy back on the mainland for a student newspaper.

Wes Anderson only uses Japan as an aesthetic backdrop. Anderson delights in the picturesque icons of Japan: taiko drumming, Hokusai’s wave, sushi. But beyond the superficial there is no real engagement with Japanese culture. Isle of Dogscould have been set anywhere.

Most human characters speak Japanese in the film, while the dogs speak English. There are no subtitles, and we either approximate what the characters say, or are guided by language interpreter characters. My grandfather worked in Japan, my mother grew up there and I studied Japanese in high school. Even to my very un-fluent ears, the use of the Japanese language in Isle of Dogswas weird. Some pronunciation was wooden or inaccurate, and a few outdated or made-up words were used. Fluent Japanese speakers online have confirmed this.

That the character who enlightened the prefecture to inhumane dog treatment was a white American exchange studentfelt like a throwback to a bygone era. Was it really necessary for another film to star a white character with moral high ground going in and changing a ‘backwards’ society? When are we going to move past colonial tales of ‘modernisation’? Also, I found Tracy really annoying.

All these points have been made by film critics. What no one seems to be talking about is the indigenous stereotypes inIsle of Dogs. In the film, there’s a rumour that a pack of “savage aboriginal cannibal” dogs live on Trash Island. Turns out the rumour isn’t completely true, but really? If you’re not going to utterly denounce, ridicule or resignify this kind of colonial stereotype, why bring it up?

My final qualm with Isle of Dogswas its cavalier treatment of suicide. Suicide was dropped into the film multiple times, for no real reason. The deadpan dialogue and driving pace of the film meant suicide references were given little emotional weight. This isn’t helpful for anyone.

I expected more from Wes Anderson. He’s had 11 years to learn from The Darjeeling Limited, where India became a playground for three white protagonists. But maybe I shouldn’t have been surprised.

Isle of Dogs was great to look at. The dogs were adorable and the stopmotion meticulous. But, it was hard to remain immersed and enjoy the film as the problematic plot points piled up. If you don’t want to be annoyed and disappointed, don’t see this film.