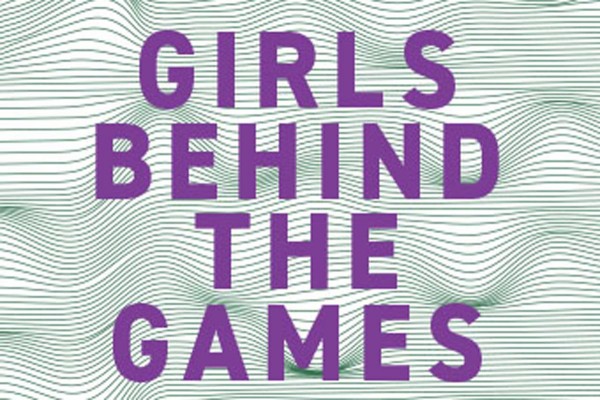 Girls Behind the Games

Lisa Blakie is a Community Manager and AWARD WINNING Narrative Designer in the video game industry. She work at Runaway Play, a mobile games studio located right here in Dunedin. Together with colleagues Caroline, Zoe, Emma and Leanne, she started a global viral campaign, called #GirlsBehindTheGames, that encouraged thousands of women to speak about their roles and their meaning and their importance in the games industry.

The following is a personal account and does not reflect the opinions of Runaway Play.

At Runaway Play, we are almost at gender parity, with people from different countries, ethnicities and backgrounds. It’s what we like to call diversity. So why is this seen as special, different or worth talking about? Globally, only 22% of the video game industry is made up of women. Even worse in New Zealand, just 17% of employees in games are women. Even WORSE worse, according to the International Game Developers Association (IGDA), less than 4% identify as transgender and less than 2% as “other.” 68% of the industry chose to identify as white/Caucasian/European. Aboriginal, or indigenous people represented 2%, and those identifying as black/African American or African made up 1%. The games industry as a whole looks like a bunch of pieces of dry spaghetti.

Why do I love games if I’m a lady? Honestly I don’t know – games are fun. I played them as a kid and haven’t really stopped since. I self-taught myself academic theory around games, I work in the games industry, I write about games, I read books about games, I listen to podcasts about games, I watch people on YouTube play games, I wear t-shirts with games branding on them. I eat out of Pokémon cereal bowls, for goodness’ sake.

And yet, games are still not seen as being for me.

They are shooty-bang, violent and harmful for the children. They are addictive and encourage gambling. They turn people into serial killers. They are a waste of time. They are “low culture”. Which of course, is all bullshit. Scientifically proven bullshit. But still, I am often met with a cocked head of confusion when introducing myself and explaining that what I do as a career or hobby involves video games, especially as a woman. This is funny when I bring it up talking to straight men, because apparently it’s really sexy to be interested in games as a woman. Ooooh, you enjoy something that’s traditionally marketed towards ME? That’s hot. I see you as not like other women, who clearly are trash because they do not enjoy or understand the complex medium of video games that I have been conditioned to feel entitled over.

That’s my impression of an entitled gamer dude bro.

That being said, I strongly feel that in the games industry, things are improving – albeit at snail’s pace. In mainstream media however, they are not. Some sort of gaming controversy pops up, like how loot boxes encourage gambling, or how school shootings are linked to violence in video games (they aren’t). Traditional media go hard on this. They’re not one to highlight the positives, especially when it comes to video games.

But games have innovated, becoming more accessible on mobile platforms, although these have another stigma towards them altogether. “Candy Crush Saga is a time waster, mobile games are generally for your mum anyway, so they don’t count”. No Brian, mobile games have simply innovated for inclusion so that people like your mum can play games. Despite this, stigma to the word “gamer” is still apparent. My mum plays our game Splash: Ocean Sanctuary every single day, but swears she isn’t a gamer. It’s because she doesn’t identify with the culture. But who even cares? You don’t have to identify or label yourself to enjoy a medium of entertainment.

I had an interview with a traditional radio station and their first question was, “most people think of guns and cars when they think video games . . . you’re a bit different?”

Then you go to Play by Play. A games festival, here in New Zealand, that encourages kids to work in games, with all-girl specific workshops and a conference with a diverse range of speakers from different ethnicities, genders, sexualities and professions.

When I went to the Game Developers Conference in San Francisco, I saw three people dressed as furries and someone wearing elf ears. There were diversity advocate roundtables, talks about player inclusivity, and highlighting of problems with conventional Eurocentric game design. While the sea of over 30,000 attendees was largely white men (with beards and/or glasses), the content at the conference is highlighting the needs, wants and success of a more diverse industry.

#GirlsBehindTheGames showed us that the global industry wants this to be the norm too. We were approached by Bioware (Mass Effect, Dragon Age), Electronic Arts (The Sims, FIFA, Madden), Riot Games (League of Legends), as well as indie companies like Snowman (Alto’s Adventure) and usTwo games (Monument Valley) to participate in Twitter takeovers, where they would highlight women who work at their companies on Twitter. If I had seen this as a high schooler, who was on Twitter at the time only to follow members of Panic at the Disco, perhaps it would have made my career path a little clearer and I wouldn’t have wasted a year studying, and failing, law.

#GirlsBehindTheGames even attracted attention from even our very own Prime Minister, Jacinda Ardern. She came and visited us in office, speaking with us about the initiative, and also created a video to show support for the campaign, encouraging diversity in male dominated fields of work.

It gives me hope – it’s an exciting time for game development. Game making resources are free and more accessible than ever – to those with computers and internet, of course. If you want to work in games, show this to your worried mum, dad or caregiver please; in New Zealand the video game industry is a viable, secure and profitable career to be in. Take it from me, your local award winning Narrative Designer, working in games is dope. You can be a programmer, an artist, a marketer, a community manager, a game designer, a narrative designer, a researcher, a tester, a writer. The list is ongoing. If you want to work in games, don’t let the stereotypes negate your feelings and passion, especially if you’re currently misrepresented in the industry – as a Māori woman, I am too! It actually just makes you cooler.