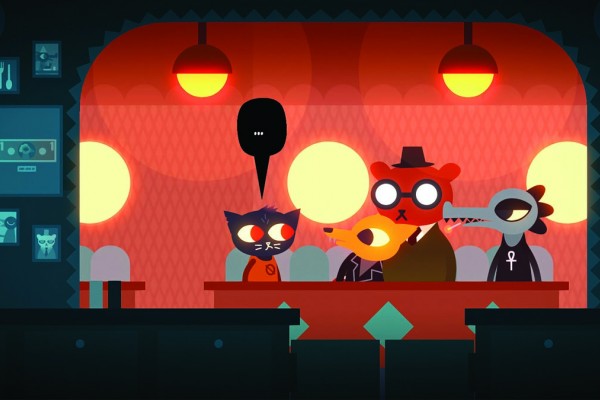 2017 was a damn good time for games. Major releases like Horizon Zero Dawn, Legend of Zelda: Breath of the Wild and Super Mario Odyssey saw critical acclaim, and we saw stunning indie game like Gorogoa, What Remains of Edith Finch and PlayerUnknown’s Battlegrounds. So why is Night in the Woods a standout among others? Like many games that I enjoy, the relatability of the characters and the story pulled me in.

But this game has chain-smoking crocodiles and inconspicuous murder?! How can that be relatable?!

Did you grow up in a small town? I did. Before living in a small town (Dunedin), I lived in an even smaller small town, with a population of around 4000. In small towns, you know everyone and everyone knows you. Small towns are also generally built on an economy that was booming in the past, which has since died. In my experience, there isn’t much happening in small towns and so people generally talk about the people in the town. This can be suffocating and toxic.

Try to imagine going back to a small town after doing the unthinkable: dropping out of university. Hell yeah, that’s right, you’re the talk of the town (now, listen here, young fresher; I would like you to know that it’s OK to fail, take a break, or leave completely. It can be better for you in the long run). Dropping out has an unnecessarily huge stigma attached to it. Common phrases after dropping out can include:

“I can’t believe they just gave up.”

“Other people worked so hard to get here.”

Those people can get fucked. Wow, did you know that burnout and depression is really bad and actually something that shouldn’t be normalised, especially in a tertiary institution? Taking time for yourself and doing what is best for you is the only thing that matters. This is what happens to Mae Borowski, the adorable, flawed and loveable protagonist of Night in the Woods. Her anxiety and stress takes her back to Possum Springs to live with her parents, where she is also reunited with her friends.

This is where the true joy of the game lies, the relationships formed with the incredible characters. Mae’s little group of friends are so lovable, relatable and diverse, with their own stories to explore. The other NPC’s of the town are the same, some are bitter and bring up Mae’s past (because small town gossip, right), others talk about the heyday of Possum Springs before an awful mining accident, others just want to share things with Mae for the joy of it. My favourite character, Selmers, just recites poetry for you every day you talk to her. When you play this game (not if, when), I urge you to explore every inch of it and talk to every character you meet. The dialogue is rewarding, the town is rich in detail and every interaction is an absolute joy.

This game explores themes that are painfully and also joyously relatable as a young person. Romance, rebellion, anxiety, depression, nostalgia, friendship, loss of friendship, unreasonable expectations and let’s not forget the MYSTERY MURDERS. You know when you just find random limbs on the ground that you can poke with a stick? And maybe there’s like, a hidden cult and kids go missing sometimes? #Relatable. Play this damn game, OK.