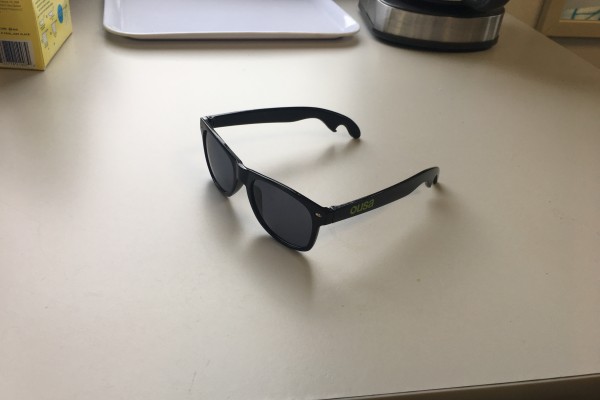 OK, everyone stop because this is super important. OUSA is giving away free sunglasses at Tent City and they’ve got bottle openers built into the arms! That’s fucking sick. They're not actually that good at opening bottles because it's made of plastic rather than metal, but it's still the coolest pair of sunglasses to ever grace this campus.

Apparently, they’re going real fast because of course they are, they’re awesome.

Tent City until Wednesday February 21 on the Museum Lawn.