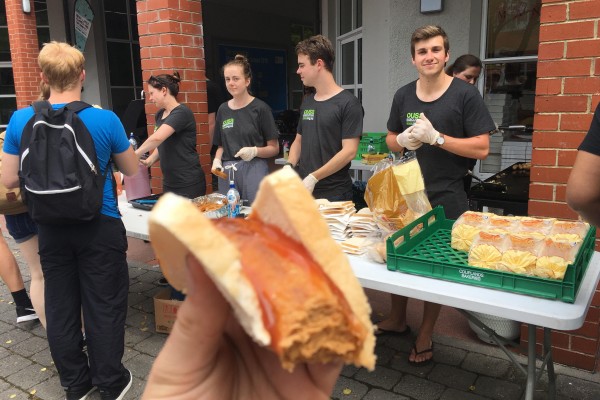 OUSA’s free sausage sizzle, which runs every Wednesday during summer school, saw a slight uptick in snag quality after a disappointing opening week.

The first week saw undercooked snags with a microwavey consistency, well below expectation for many critics. “I'm not angry, I’m just disappointed,” said one student who lined up for 10 minutes for a slightly heated meat log.

But the snags in week two got a vastly more positive response, with Critic’s own Michelin-graded food reviewer noting a “consistent char, a clean differentiation of toughness between skin and filling, and a refreshing contrast of sweetness from the tomato sauce”.

Still, many tasters criticised the lack of mustard or margarine on the bread, and stocks of caramelized onion were depleted far earlier than planned, leaving many with a disappointingly plain sausage experience.

According to Trev “Trevor” MacDonald, Sous Chef for Bunnings Snags Incorporated, they’re not worried about OUSA free sizzles impacting sales any time soon. “You know mate, people will line up for a free snag, but at the end of the day customers demand quality, and that’s why they keep coming back here.”